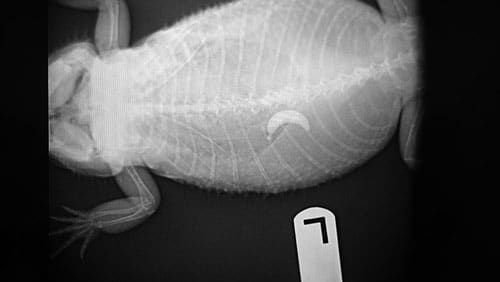 Veterinarypracticenews.com ran an X-Ray Contest for veterinarians to see what crazy items animals mistook for food and the winner was a frog. Guess wh

Veterinarypracticenews.com ran an X-Ray Contest for veterinarians to see what crazy items animals mistook for food and the winner was a frog. Guess what it ate? The rock substrate that was used in its cage. 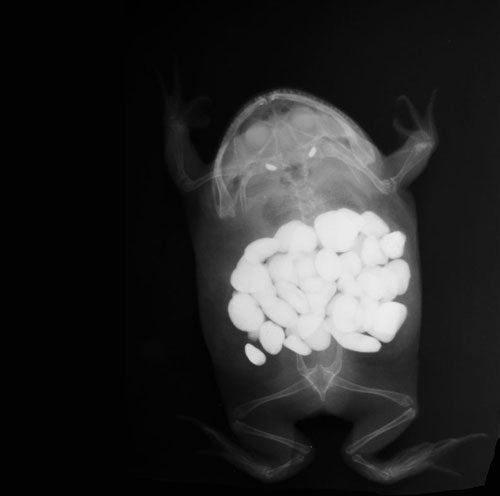 Another entry showed that of a bearded dragon. The lizard was not eating so the owner brought the beardie to the vet and guess what it ate? Barbie’s banana. That is right, at least the beardie was trying to eat something that remotely resembled a piece of fruit. 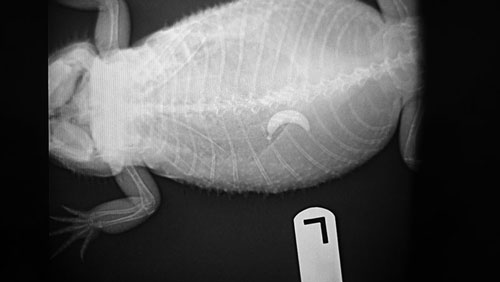 While the frog entry was interesting, and the beardie was at least trying to eat its fruit, some of the other entries point to the intelligence, or lack thereof of some of these other animals.  One entry, that of a neutered male German shorthaired pointer, showed that he ate a skewer used for shish kabob. The skewer was left on the grill with some meat and veggies and the dog ate the entire thing, skewer and all. Another entry, that of a great Dane showed a large clump in its stomach. Guess what? That super smart great Dane ate 43.5 socks. Now the owner knows where all the missing socks went!