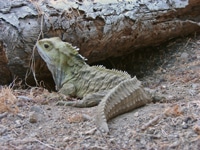 How we protect dental implants from damage.

Tuataras (Sphenodon punctatus) are confined exclusively to New Zealand, and the two surviving species represent a very old lineage, with an ancestry extending back over 200 million years. They form a distinct reptilian Order, Sphenodontia, alongside crocodilians, snakes, lizards and chelonians (turtles and tortoises). One of the remarkable features of the tuatara is that it has a lifespan similar to our own, being capable of living for more than 100 years.

Another unusual characteristic is that unlike mammals and crocodiles which have their teeth held in sockets by a flexible ligament, tuataras possess teeth that are fused to their jaw bones – much like modern dental implants. This made them an ideal subject for study by a British team from the University of Hull; University College London (UCL) and the Hull York Medical School, keen to investigate wear-and-tear issues surrounding such implants. 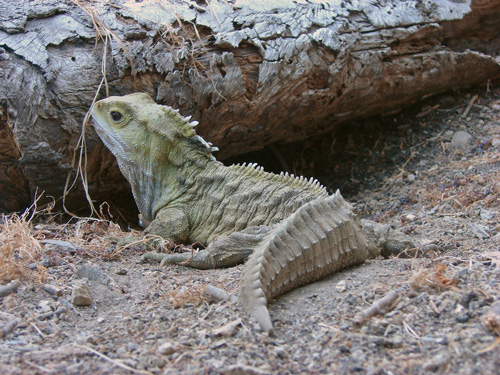 Tuataras live happily for over 60 years in the wild without replacing their teeth because they have the unconscious ability to measure the forces in their jaw joint and adjust the strength of the jaw muscle contractions accordingly.

A moving 3D computer model based on the skull and teeth of the tuatara was used for this purpose. Dr. Neil Curtis from the University of Hull explained: "Humans and many other animals prevent damage to their teeth and jaws when eating because the ligament that holds each tooth in place also feeds back to the brain to warn against biting too hard."

By using computer-modeling of the tuatara’s skull, so it was then possible to investigate the feedback that occurs between the jaw joints and muscles in a creature that lacks periodontal ligaments.

Dr. Marc Jones from UCL added "In the sugar-rich western world, many people end up losing their teeth and have to live with dentures or dental implants instead. They've also lost the periodontal ligament that would attach their teeth so we wanted to know how their brains can tell what's going on when they are eating."

"Tuataras live happily for over 60 years in the wild without replacing their teeth because they have the unconscious ability to measure the forces in their jaw joint and adjust the strength of the jaw muscle contractions accordingly", said Dr Curtis.

Although this explains why tuatara and people with false teeth manage not to break their teeth and do not end up with jaw joint disorders, it is still clear that having a periodontal ligament is very useful, in particular for fine tuning chewing movements. This may explain why it has evolved independently in the ancestors of mammals, crocodiles, dinosaurs, and even some fish.

There is anecdotal evidence to suggest that people with implants and dentures may make food choices related to their lack of periodontal ligament. However, tuataras pursue a broad diet on the islands where they live including beetles, spiders, snails, frogs and occasionally young seabirds. As this study confirmed, damage to dental implants and jaw joints may be prevented by sophisticated interplay between our jaws, muscles and brain.