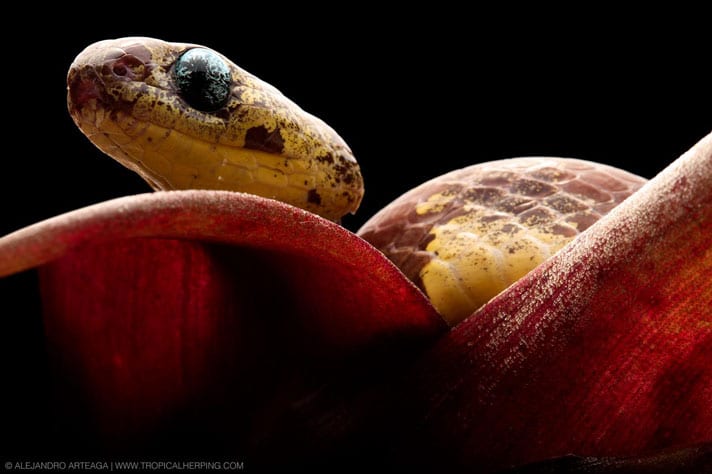 The five snakes are all snail eaters and hail from South America.

Once Thought Extinct In The Wild, The Wyoming Toad Makes A Comeback
Northern Mexican Gartersnake Found In Its Native Range After 100 Year Absence
5 Tips For Keeping The Savannah Monitor

Researchers led by Tropical Herping and the American Museum of Natural History have recently discovered and described five species of snail eating snakes hailing from Ecuador and Peru. According to a statement describing the species, three of the five snake species were discovered during herping expeditions between 2013 and 2017 in the rainforests of Ecuador. The two other species were found in Peru in a dry forest habitat. All are snail eaters. 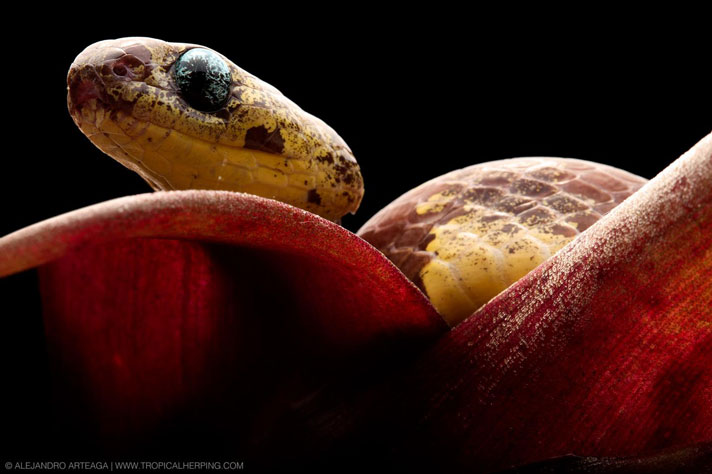 Sibon benridgelyi was named after the father of Ornithologist Dr. Bob Ridgely.

There was an auction to determine who would get to name three of the species, with the proceeds from the auction going to conservation efforts. The Rainforest Trust and Dr. Robert "Bob" Ridgely an ornithologist and conservationist, were the highest bidders and named three of the new species.

Ridgely named one of the snakes Sibon bevridgelyi, after his father. A second snake species was named Dipsas oswaldobaezi after Dr. Oswaldo Báez, and the third snake, Dipsas klebbai, was named after Casey Klebba, whom are both Ecuadorean conservationists who help to protect Ecuador’s biodiversity. The other two snakes are Dipsas bobridgelyi, or Bob Ridgely’s Snail-Eater, and Dipsas georgejetti, or George Jett’s Snail-Eater. Of the five species, only Dipsas klebbai is considered not threatened by the scientists.

“We had to let people know that these cool snakes exist," Alejandro Arteaga, lead author of the paper that described the new species, said in a statement released by Pensoft. "and that these species might soon stop to exist, and we need people's help to protect the snake's habitat. Several companies let you name a star after a loved one," he said, "but, generally, such names have no formal validity. Naming an entire species after someone you love or admire is different. With few exceptions, this is the name that both the general public and the whole scientific community will use. So, why not let people choose the name of a species in exchange for a donation that protects its habitat?"

The full paper, “Systematics of South American snail-eating snakes (Serpentes, Dipsadini), with the description of five new species from Ecuador and Peru” describing the five snakes, can be read in its entirety on the ZooKeys Open Access website.