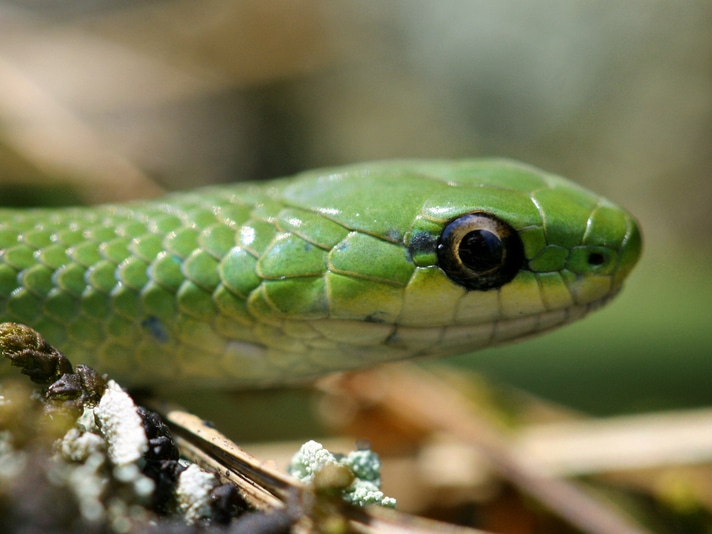 The smooth green snake (Opheodrys vernalis) is non-venomous and bright green in coloration with a white belly.

Conservationists in Barrington, Ill released 22 smooth green snakes (Opheodrys vernalis) onto an open prairie in an effort to enhance the ecosystem and to help bolster the reptile’s wild populations.

The release, which was overseen by Lake County Forest Preserves, the Peggy Notebaert Nature Museum, Citizens for Conservation, a volunteer-based nonprofit that works to preserve and restore the natural environment, was part of the “Barrington Greenway Initiative,” which is designed to improve upon the natural ecosystems in the state's Cook, Lake and McHenry counties, according to the Chicago Tribune.

“These snakes are insectivores, and they help control grazing insect pressure on prairie plants, like grasshoppers, crickets and small caterpillars that do a lot of damage,” Allison Sacerdote-Velat, curator of herpetology for the Chicago Academy of Sciences/Peggy Notebaert Nature Museum told the Chicago Tribune. “You want the wildlife, as well as the plant component, to a have fully functional prairie and savanna environment.” 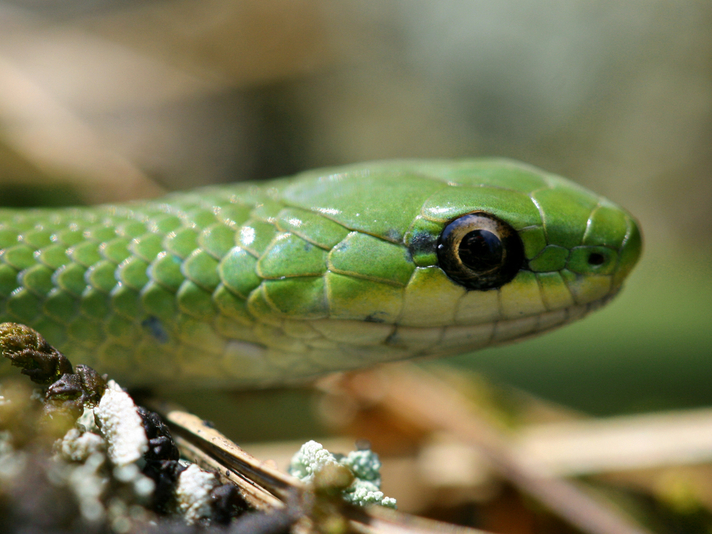 The smooth green snake (Opheodrys vernalis) is non-venomous and bright green in coloration with a white belly.

Sacerdote-Velat surveyed the habitat before the release took place and gave the go ahead after she determined that work to restore the Barrington Prairie, which was years in the restoring, created ideal and healthy conditions for the reptiles.

“This property has extremely high quality because it has high plant diversity and the right mix of different habitats that snakes rely on, like prairies, wetlands, savannah and sedge meadows,” Velat told the Tribune.

“This was one of his top goals — the snakes,” Jim Vanderpoel, Tom's brother, said. Vanderpoel told the Chicago Tribune that rebuilding animal populations in the ecosystem was of great importance to his brother.

The smooth green snake (Opheodrys vernalis) is non-venomous and bright green in coloration with a white belly. It grows to about two feet in length and can be range from northern Canada to the southern United States and northern Mexico. The snake can also be found in Wyoming and New Mexico. Its habitat includes grassy areas on prairies as well as in marshes and near lakes. The smooth green snake feeds on small insects, including crickets, grasshoppers, caterpillars, spiders and beetles.