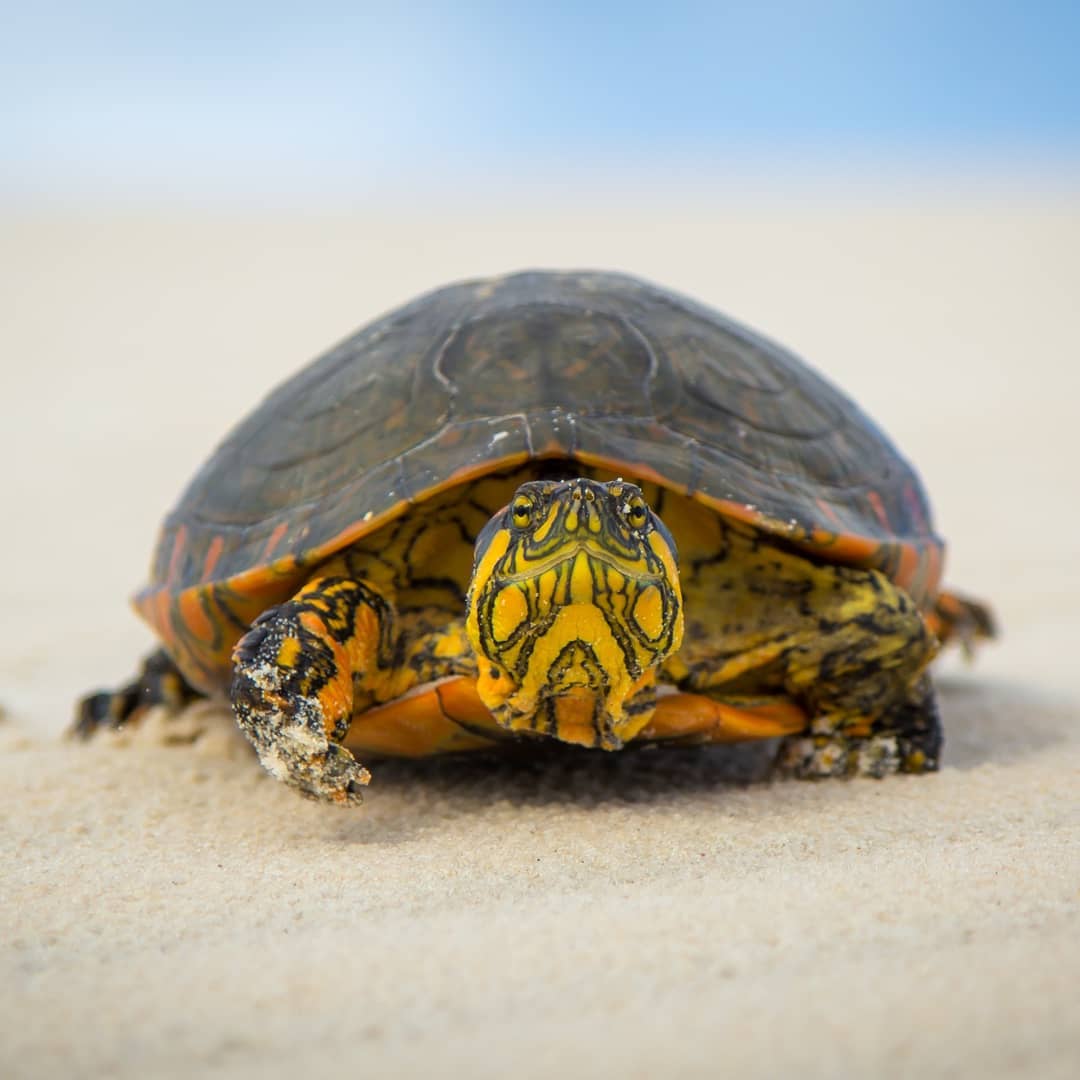 Why Is This Brazilian Water Turtle Traveling Across The Desert?

The Pininga Turtle makes a long journey to the freshwater lagoons in the Brazilian Dunes.

The Maranhão slider (Trachemys adiutrix), is also known as the Brazilian Slider or "Pininga" by locals. This species is apart of the family Emydidae, which includes the much more common Red-Eared Slider Turtles and others. They are endemic to a Northeastern area of in the Lençóis Maranhenses National Park in Brazil that experiences heavy seasonal changes. In order to survive, they must move around. The species was recently featured in BBC Earth's "Earth From Space" Series, which allows you to appreciate the dramatic changes the Pininga Turtles travel for.

The Piningas live in lagoons that fill up and dry out dynamically depending on the wet or dry season. This provides a biodiverse habitat full of shelter and food for the water Turtles. As the wet season returns, the Turtles emerge from the surrounding forests and spend days making the journey right before the temporary retention ponds fill up again. This is a treacherous journey that risks decimation and death. Each moment spent traveling across the hot sand is energy and hydration lost. Yet, they do it again and again to ensure their species can survive. This transformation is beautifully displayed in the BBC series with an aerial view of thousands of fresh water lagoons. A layer of impermeable solid rock is underneath the sandy substrate which prevents them from draining during the wet season. Combating this dynamic habitat for generations, the Paninga Turtles are endemic to this isolated area of Brazil. Unfortunately, the poverty stricken communities surrounding their habitats use these Turtles for food, and capture many of them during the dry season.

Lençóis Maranhenses National Park was used in the filming of "Avengers: Infinity Wars" for the planet of 'Vormir.'

The magnetoreception ability in Turtles in Tortoises gives them a built in map that helps guide their species specific lifestyles. Could the remarkable Pininga migration be influenced by Chelonian magnetoreception? The Brazilian Slider is classified by the IUCN as Endangered and populations are continually exploited for food in poor communities. Although this species is understudied and its taxonomy is still being debated, the more we appreciate them the better we can learn how to preserve them!

View the BBC video and checkout their "Earth From Space" Series!