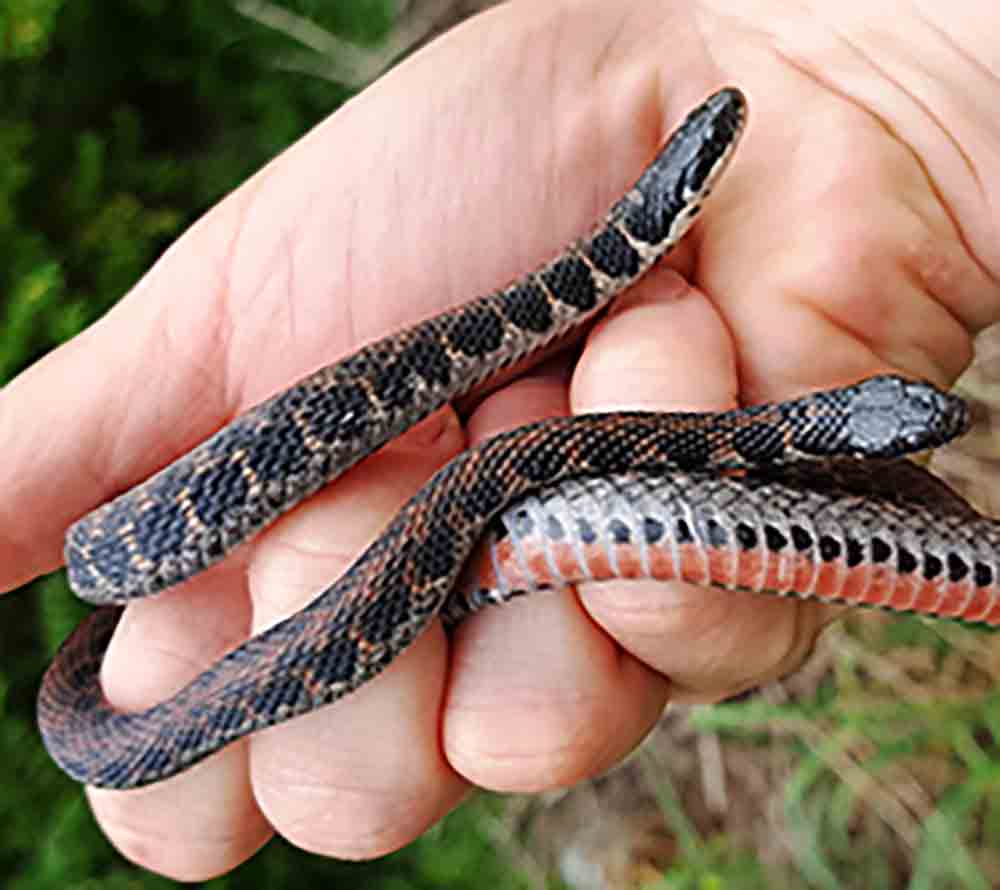 It has disappeared from 79 of 139 counties in seven states and is extirpated from Wisconsin and Pennsylvania.

The Kirtland’s snake is a small Colubrid that can be found in wetland, forest, and grassland habitats.

The United States Fish and Wildlife Service refused to give the Kirtland’s snake (Clonophis kirtlandii) protections under the Endangered Species Act in 2017, so the Center for Biological Diversity, Hoosier Environmental Council and Prairie Rivers Network, represented by the University of Chicago’s Abrams Environmental Law Clinic, notified the USFWS today that it intends to sue the service in an effort to protect the reptile.

According to the Center for Biological Diversity, the snake’s wetland habitat has disappeared in many of the states in which it is found, including Illinois, Indiana, Kentucky, Michigan, Missouri, Ohio, and Tennessee. It has disappeared from 79 of 139 counties in these states and is reported to be extirpated from Wisconsin and Pennsylvania.

“The pretty Kirtland’s snake should never have been denied protection,” Noah Greenwald, endangered species director at the Center said in a news release. “The Endangered Species Act is incredibly effective at saving species from extinction, but only if they’re listed as threatened or endangered. Without this necessary protection, I’m worried this reptile won’t have a chance.”

“Most of the wetlands needed by the Kirtland’s snake are gone and they continue to disappear – a situation worsened by the Indiana legislature’s adoption of anti-wetlands legislation in 2021,” said Tim Maloney, senior policy director at Hoosier Environmental Council. “Protecting this snake would benefit us all by protecting wetlands that filter our water and reduce flooding.”

USFWS Sued For Not Listing Kirtland Snake As Endangered Species

“Although most are not lucky enough to see these secretive snakes, they’re part of what make our prairie region special,” said Elliot Brinkman, executive director of the Prairie Rivers Network. “The disappearing wet meadows needed by these snakes support so much life and need our care and protection.”

The Kirtland’s snake is a small Colubrid that can be found in wetland, forest, and grassland habitats. The snake is usually found near bodies of water and is grayish-brown with large black spots down the back and smaller spots running down each side. Their bellies are red and black. Clonophis kirtlandii eats earthworms and slugs as well as leeches, salamanders, minnows, and small frogs and toads. The species spends much of the year underground in crayfish and other burrows. It is listed as endangered in Indiana, Michigan and Pennsylvania.