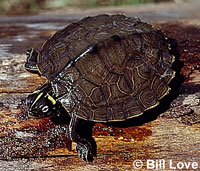 The U.S. Fish and Wildlife Service (USFWS) has published a notice describing proposed resolutions, decisions and agenda items that the United States may submit for consideration at the conference of the Convention on International Trade in Endangered Species of Wild Fauna and Flora (CITES). Comments will be accepted until Sept. 11.

CITES is an international treaty that establishes a system of import/export regulations to prevent the over-exploitation of plants and animals listed in three appendices (Appendix I, II, III). Different levels of trade regulations are provided depending on the status of the listed species and the contribution trade makes to decline of the species.

Species listed in Appendix I are threatened with extinction and trade is permitted only under strict circumstances. Species listed in Appendix II are impacted by trade at a level that requires monitoring in order to avoid threats to extinction. Appendix III listings essentially provide a monitoring system that allows countries to enlist assistance of international trading partners to better control trade in native species.

The 15th Conference of the Parties of CITES is scheduled for March 13 to 25, 2010, in Doha, Qatar. Currently, 175 countries, including the United States, are parties to CITES.

The Pet Industry Joint Advisory Council (PIJAC) has issued a pet alert in which it notes a number of species, mainly herps, that the U.S. may consider for inclusion on the CITES regulated species list.

1. Species the United States is likely to submit for consideration:

2. Species for which the U.S. is “undecided” for including in Appendix I or II, pending receipt of additional information:

3. Species the U.S. is unlikely to submit unless there is significant additional information:

PIJAC also highlighted several documents and resolutions that the U.S. might submit for consideration at the conference. Those issues include:

Click here to read the entire notice published by the U.S. Fish and Wildlife Service.

Comments on species proposals should be sent to:

Comments on resolutions/decisions should be sent to:

PIJAC is fielding questions for members of the pet industry. Contact Marshall Meyers at marshall@pijac.org or 202-452-1525.