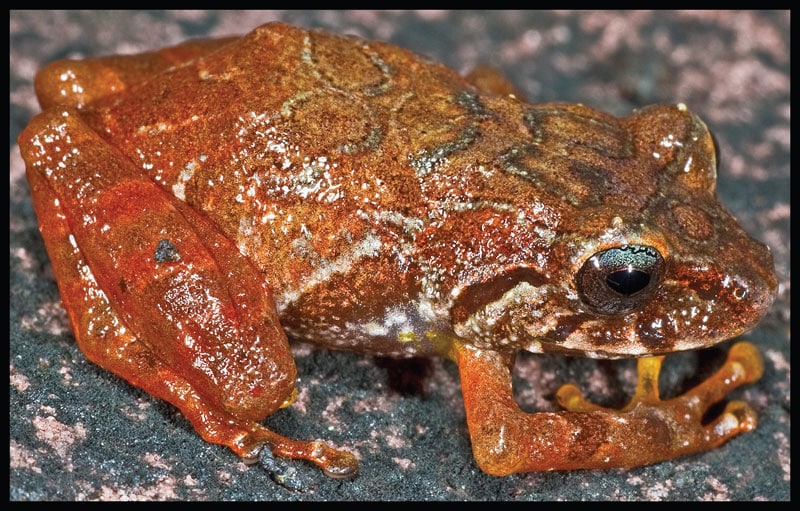 The frogs are of the genus Pristimantis

Two new species of frog of the genus Pristimantis have been discovered in Venezuela by Belgian biologist Dr. Philippe Kok of the Royal Belgian Institute of Natural Sciences and the Free University of Brussels. Kok wrote about his findings in the European Journal of Taxonomy. 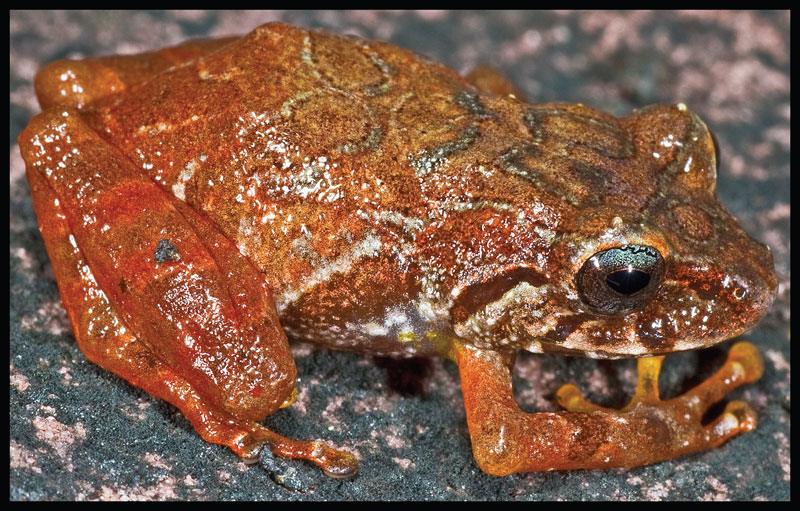 The first frog, Pristimantis jamescameroni, is named after filmmaker and explorer James Cameron. It is a small frog of about 20-27mm in length. It is orangish-brown in coloration with white specks sprinkled throughout its skin. The female is larger than the male, though the male has slightly larger hands and feet. It was discovered in rock crevices at the top of Aprada-tepui mountain in Bolivar state in Venezuela. 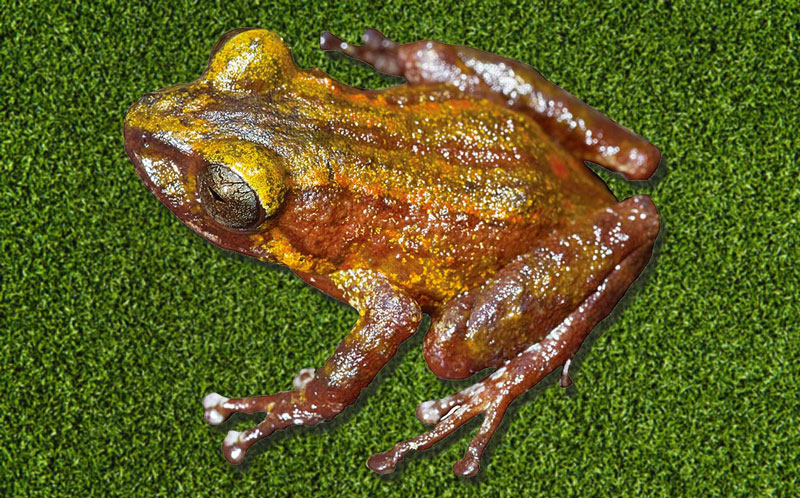 Both frogs are lack a differentiated tympanic membrane and external tympanic annulus. According to Kok, both species are morphologically similar and phylogenetically related but are different due to their color patterns, head proportions, dorsal skin texture, and condition of their supratympanic fold, or fold of skin close to the eyes. They are listed as endangered by the IUCN due to the limited range in which they were discovered.