The End Of A Terrapin Fishery

Supplement to the May 2008 REPTILES magazine article "Coastal Beauties."

The word was out; the Maryland Legislature closed down the Chesapeake Bay terrapin fishery. Turtle proponents’ battle to remove the diamondback terrapin, the state reptile and University of Maryland mascot, from a list of commercially “harvestable” seafood was over at last. As one of these proponents, I was ecstatic. 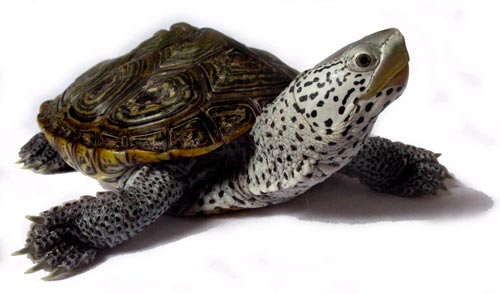 The diamondback’s situation had appeared dire only a short time before. Revised regulations and a growing demand for live turtles in Asian markets actually increased by at least twentyfold both the numbers of Maryland fishermen catching terrapins and the number of turtles going to market. Under the revised regulations there were no limits as to how many terrapins an individual could catch, and dealers in other parts of the country were requesting terrapins by the ton to ship to Southeast Asia.

For more than five years turtle conservationists tried to work with Maryland fisheries. They were ignored, and the strategy shifted. Out of frustration, a small group from the private sector founded the Chesapeake Terrapin Alliance and immediately began a public awareness campaign.

Our new organization’s members had diverse backgrounds, allowing the group to approach the issue from a number of fronts. Lawyers, biologists, educators, conservationists, turtle clubs and media-savvy people all did their part. Individuals set up websites, wrote editorials, circulated petitions, and spread the word on the Internet and at public hearings.

Other groups and businesses, such as Defenders of Wildlife, the Coastal Conservation Association Maryland and the National Aquarium in Baltimore learned of the effort and joined our forces. Thousands of petition signatures and hundreds of letters protesting the commercial harvest of terrapins were sent to Maryland’s governor.

The legislative branch stepped in and removed the state Department of Natural Resources Fisheries Service’s regulatory authority to manage the commercial take of terrapins. The governor quickly signed a change to the bill we drafted, and the fishery was closed for good. 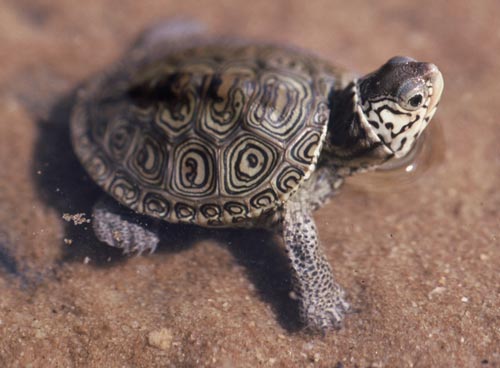 Diamondback terrapins like this Malaclemys terrapin terrapin can feel a little safer in Maryland thanks to the closing of the terrapin fishery in Chesapeake Bay.

It was done completely on volunteer time without grants, research proposals, graduate students, and long, drawn-out peer reviews and revisions of academic manuscripts. Having sound biological information and legal knowledge was critical, but the tide turned when voters read our editorials about Maryland terrapins being boiled alive in China’s kitchens. Phones in Annapolis started to ring.

All this raises the question as to why conservation-minded citizens need to fight the very regulatory agencies assigned to protect native wildlife to get them to do what is right. In the end, available information and common sense carried the day. It is refreshing to see that a handful of informed citizens can effect real change when their collective efforts are pooled and focused.

Yet problems still face terrapins: loss of nesting beaches, drowning in crab pots and highway mortality. These are big-ticket problems, but closing the expanding fishery was the biggest and most easily remedied problem facing the turtles. The same individuals and organizations responsible for getting protective legislation passed are now working toward solutions for these other problems.

Want to read the full story? Pick up the May 2008 issue of REPTILES today, or subscribe to get 12 months of articles just like this.