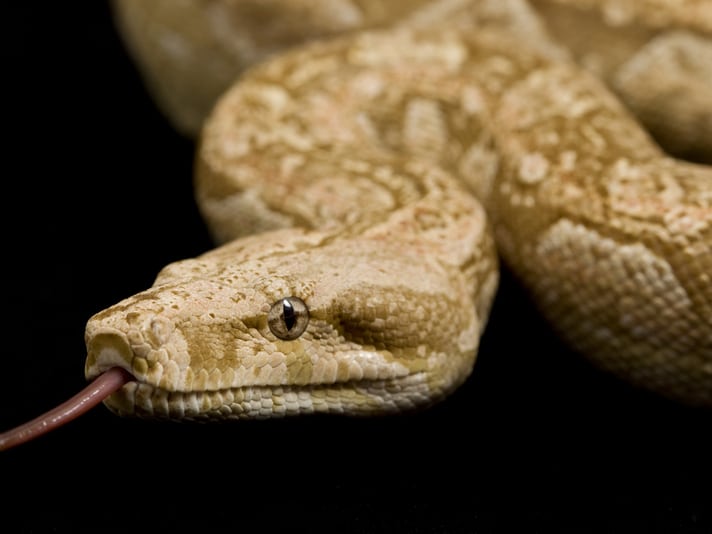 The Argentine boa constrictor (Boa constrictor occidentalis) is one of eight to 10 subspecies of the genus Boa. This relatively heavy-bodied boa ranges in size from 6 to 10 feet in length. They range from black specimens with a high rate of contrasting white to specimens exhibiting varying degrees of burnt-orange to red. Despite their beauty, Argentines have often been overlooked in favor of other color morphs. 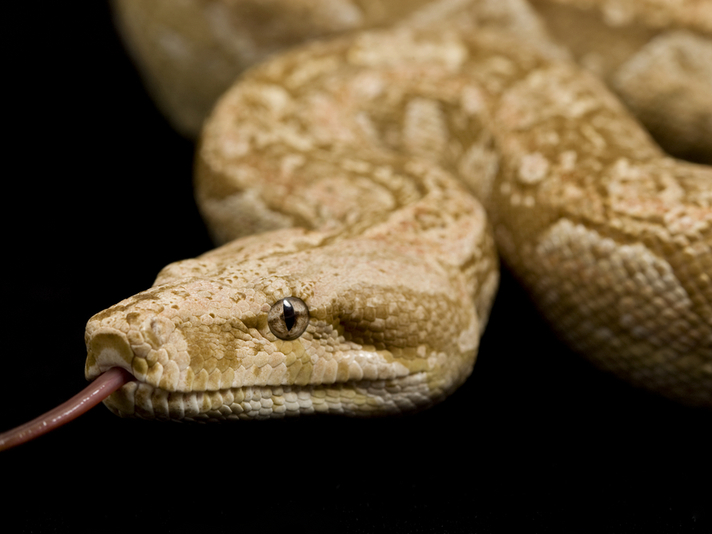 The Argentine boa is a heavy-bodied boa that ranges in size from 6 to 10 feet in length.

The Argentine Boa is Threatened in the Wild

The Argentine boa is distributed throughout Argentina, between the Andes Mountains and the Parana River south to the Argentine provinces of Cordoba, San Luis and Mendoza.

This primarily terrestrial snake occurs in rain forest habitat, which has been decimated in the past 90 years. Only a fraction of its original range still exists. Because of this increased pressure on wild populations, the Argentine boa is the only Boa constrictor subspecies listed on Convention on International Trade in Endangered Species of Wild Fauna and Flora (CITES) Appendix I, which names animals considered threatened with extinction.

Argentine boas vary in color. Some display a dark, almost muddy appearance, and others show a clearly contrasting pattern. For example, stark-white rosettes dorsally contrast nicely with a background color of dark brown to black. Occasionally Argentines displaying an increased amount of rust-red and burnt-orange have been produced in herpetoculture. Even hypomelanistic and T-positive examples are available in today’s reptile market.

Argentine boas possess 242 to 251 ventral scales and 29 to 30 interconnected dorsal blotches. Adults range from 6 to 9 feet long. They also have a high degree of iridescence. The snakes are at their most spectacular immediately following a shed.

I keep my Argentine boas between 80 and 85 degrees Fahrenheit year round with nighttime temperature drops to 78 degrees. This is the ambient air temperature. Undertank heaters under approximately 30 percent of the cage or enclosure should provide a hotspot of 90 degrees. In my opinion, Argentine boas are more cold-tolerant than many other Boa constrictor subspecies; they tolerate dips in temperature down to 65 to 70 degrees.

Humidity plays a vital role for these snakes, especially during their shed cycle. For neonates I put moistened sphagnum moss in small boxes. Argentine young tend to hide in these humidity boxes. I mist subadults and adults as often as twice daily.

I have used several types of cages for my Argentines with varying results. Neonates, which measure 12 to 14 inches, can be kept in appropriate-sized sweaterboxes. Subadult and adult Argentine boas need larger quarters. An adult Argentine boa constrictor can be safely and comfortably maintained in a 5-foot-long cage. I’ve used enclosures manufactured by Vision Products and Habitat Systems Limited. These cages are extremely easy to clean and disinfect, and they can be heated from below using heat tape or from above using heat panels or incandescent bulbs. The largest Argentines can be kept in 6-foot-long Vision cages. These plastic-sided, glass-fronted enclosures lend themselves well to the keeping of boas, but other enclosures available are equally functional.

For substrate I use newspaper exclusively for all my large boas. It is cheap and easy to clean, and this means cages are cleaned more often. Snakekeepers who use soil or aspen shavings are more likely to spot clean. Argentines like to soak, so a large water bowl is a necessity. The snakes often defecate in their bowls, as well. Keep bowls clean.

Because of their relatively slow metabolism, adult Argentine boas need only be fed every two to three weeks. Offer them either three large rats or two rabbits of appropriate size. Babies and juveniles are fed much more frequently. I’ll discuss babies later, but juveniles should be offered two medium-sized rats every 10 days.

Argentine boas need a six- to eight-week cooling period to initiate the breeding process when kept at 80 to 85 degrees year round. Decrease the temperature to about 70 degrees at night, and increase it to 80 degrees during the day. Do this in November or December, and plan on introducing the animals in early January.

Take male Argentines off of food at the end of August, and stop feeding females at the end of September. Females must have sufficient size and body weight if they are to reproduce successfully and safely. I recommend waiting until females attain a length of 7 feet with good body weight. Males can and will breed at 4 to 5 feet in length.

A recent trend is to breed females at 5 feet in length, which I feel is detrimental to the snakes’ health and yields less-than-desirable results in offspring production. I also find the use of multiple males is not as effective as using one male of an appropriate size and approximately 2 years old. Neither large nor unfit males make the best breeders.

I do not recommend breeding Argentines in consecutive seasons. The year off increases the number of offspring and allows snakes to fully recuperate from the weight loss. If a female produces a litter of babies, give her the next year off.

Argentine boa constrictors can produce large litters. Large females can deliver more than 40 babies at one time, but litters within the 18 to 25 range are more common. Baby Argentines are stout and hardy individuals. Regardless of this vigor, they must be handled delicately and placed in individual shoebox-sized containers with a paper towel substrate.

Don’t offer babies food until after they have undergone their first shed and their egg yolks have been fully absorbed. Offering smaller meals and spacing them widely apart are key. Baby boas have somewhat delicate stomachs, and they initially can’t handle large amounts of food, so don’t feed them heavily. They usually are straightforward feeders, so they usually don’t require any scenting manipulations or other tricks to convince them to feed. Offer two fuzzy mice or pinky rats of an appropriate size every 10 days.

To prevent mishaps, always feed baby Argentines in separate containers. Don’t despair if they don’t feed right away; continue to patiently offer appropriately sized food items. Eventually, the neonates learn to take food outright, and their growth is imminent. Feed these offspring consistently, and they will be ready to breed within three to four years.

Much more scientific fieldwork needs to be done with Boa constrictor occidentalis. Captive-breeding results have been favorable, but this boa’s natural habitat is being destroyed at an alarming rate.

Although the Argentine boa is often passed over in favor of newer boa morphs, it is an affordable, easy to maintain and beautiful snake. Most are also docile, and new pure color and pattern morphs add to the species’ intrigue. If you give this boa a chance, I think you’ll find, as I have, that it is a gem deserving of our time and study.