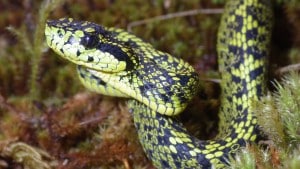 The Talamancan Palm-Pit Viper went undiscovered for more than 100 years because it was thought to be the Black-Speckled Palm-Pit viper.

Sea Turtles From Texas And Florida Affected By Cold Weather That Is Hammering East Coast
Back to Nature: Is It Wrong To Keep Wild Snakes
Twin Western Hermann’s Tortoises Hatch at Garden State Tortoise and theTurtleRoom

A new species of venomous palm pit viper has been discovered and described by researchers who initially mistook the reptile for a different species of palm pit viper. The snake, the Talamancan Palm-Pit viper (Bothriechis nubestris) , is green and black in coloration and was found in Costa Rica. According to University of Central Florida biologist and professor Christopher Parkinson, the snake was first thought to be a Black-Speckled Palm-Pit viper (Bothriechis nigroviridis), according to a press release put out by the University of Central Florida.

Parkinson, leader of the team that conducted the research, said the snake was first "discovered" in 2001. It was originally thought to be a known species. But upon further examination of the snake’s tissue samples against a database of natural history museum samples collected over decades of research, they determined that the snake, though a close relative of the Black-Speckled Palm-Pit viper, was in fact a distinct species. When two species are similar in appearance, it is called cryptic speciation, in which two distinct species look nearly identical but are in fact genetically different. 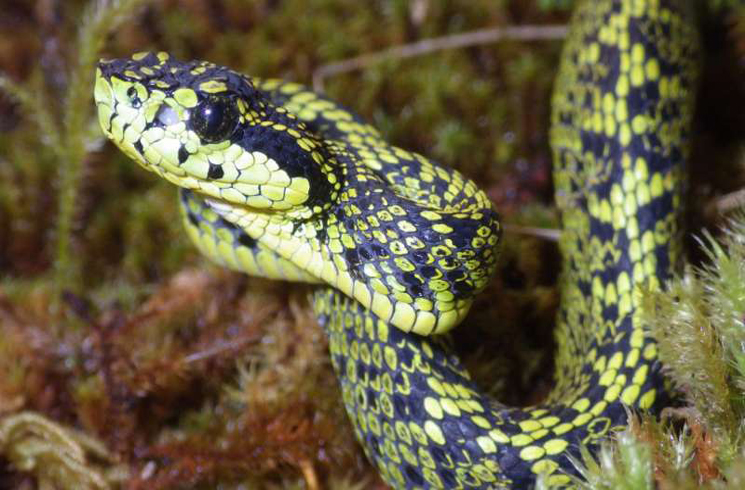 The Talamancan Palm-Pit viper is a small to medium-sized pit viper that lives in trees.

“It’s a really interesting phenomenon,” Parkinson said in the news release. “It shows some of the complexities we deal with when cataloging biodiversity and underscores the importance of maintaining natural history collections. Discovering this species would not have been possible without the specimens housed in natural history museums.”

The Talamancan Palm-Pit viper is a small- to medium-sized pit viper that lives in trees. They may grow to 30 inches in length, with the majority of the species rarely reaching 24 inches in length. The snake is believed to be found in just a 100km area of the Talamancan Cordillera of Costa Rica.