Garter snakes in several geographic locations have developed resistance to a deadly poison secreted by newts, according to a paper published in the Public Library of Science by Charles Hanifin, a postdoctoral scholar at Stanford’s Hopkins Marine Station.

The garter snakes have evolved resistance to the poison, tetrodotoxin (TTX), which is also produced by blowfish. Some newts are so poisonous that they harbor enough TTX to kill a roomful of adult humans. 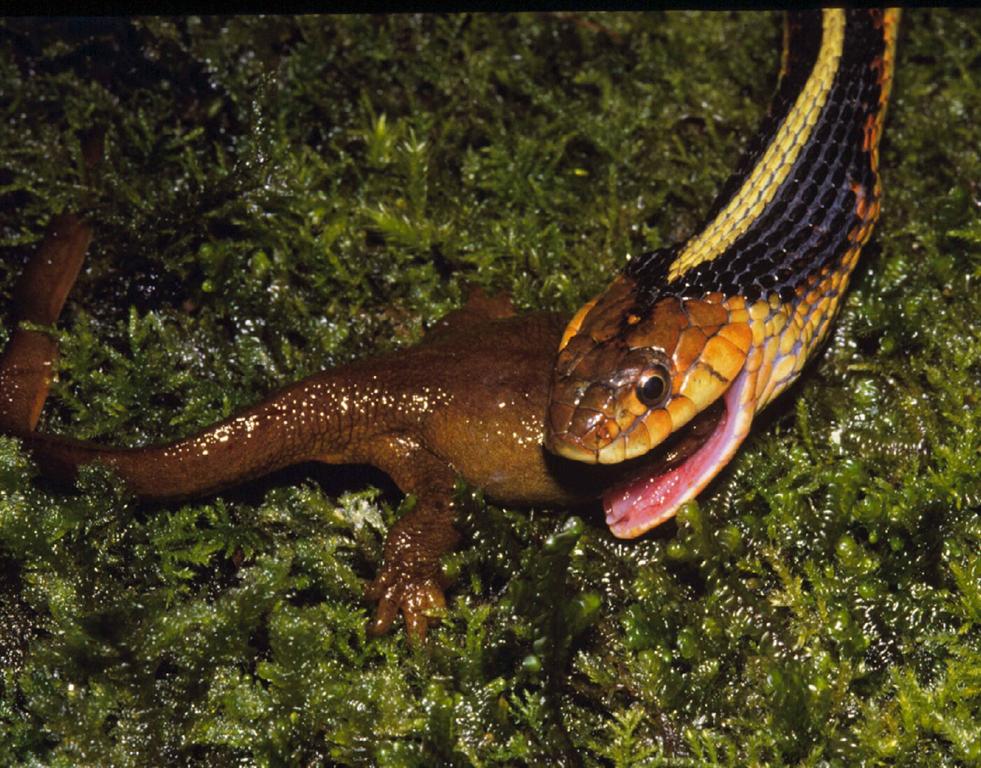 Why would a small animal such as a newt produce such an excessive amount of TTX?

The answer lies in the evolutionary back-and-forth process between newts and garter snakes.

Throughout much of their shared territory, newts and garter snakes have been locked in a kind of arms race: TTX-resistant garter snakes cause natural selection to favor ever-more poisonous newts, and these newts drive selection for higher resistance in garter snakes.

Hanifin and his co-authors state that garter snakes in some areas may have prevailed in this evolutionary arms race.

Garter snakes in several geographic locations have developed such extreme resistance to TTX that newt production of TTX cannot keep up.

At first glance, the newt and garter snake populations seem to be evenly matched.