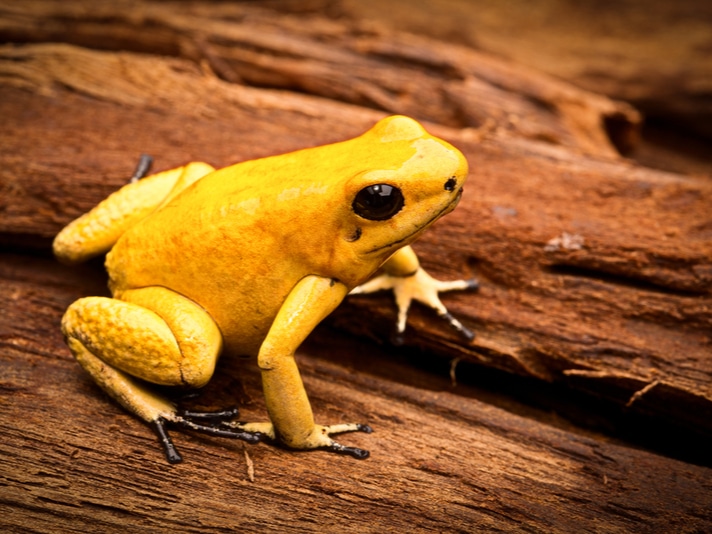 The golden poison dart frog has enough poison on its skin to kill 10 people.

In the wild, the golden poison dart frog, Phyllobates terribilis has enough toxin on its skin to kill humans, making the frog’s poison one of the most deadly on the planet. 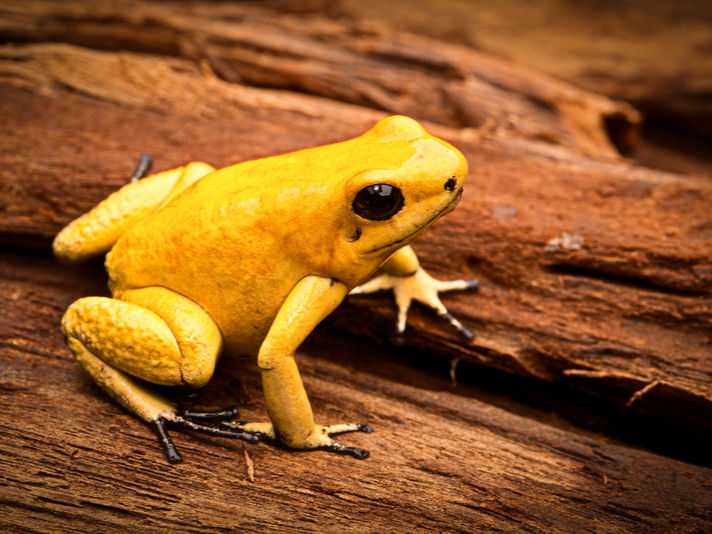 The golden poison dart frog has enough poison on its skin to kill 10 people.

The little yellow frog produces a toxin called batrachotoxin, which if it gets into your bloodstream, can kill you. It is the same toxin that is applied to blow darts for maximum efficacy of a hunter’s prey.

When the toxin enters the body of the victim, it attaches to proteins that are responsible for conducting the electrical impulses of nerves and muscles. When the toxins disrupt those impulses, paralysis and heart attack often occurs.

How Toxic is the Golden Poison Dart Frog?

Researchers Matthew M. Logan, Tatsuya Toma, Rhiannon Thomas-Tran, and J. Du Bois have just learned how to create a synthetic version of the toxin… in just 24 steps, according to an NPR report.

They will use the synthetic version of the toxin to research how the poison disrupts electrical impulses as well as heart function and the feeling of pain. The hope is that a useful drug will come out of the poison of Phyllobates terribilis.