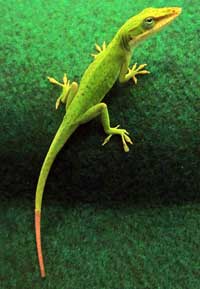 Regenerated Lizard Tails Not As Functional As Originals

Scientists have been keenly interested in the capability of some lizards to regrow their tails, and believe that learning more about how lizards can regenerate their tails can be of benefit to humans in the future.

“Using next-generation technologies, we are close to unlocking the mystery of what genes are needed to regrow the lizard tail,” Kenro Kusumi, an associate professor in ASU’s School of Life Sciences in the College of Liberal Arts and Sciences, and co-author of the papers said in a press release put out by the university. “By supercharging these genes in human cells, it may be possible to regrow new muscle or spinal cord in the future.”