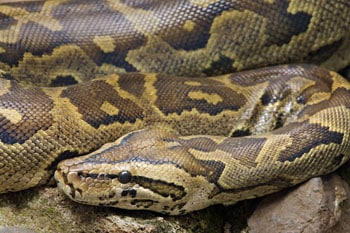 Snake was housed in enclosure where children were visiting friends.

Young Victims of Python Were Asphyxiated

Autopsies on two boys thought to have been killed by an African rock python in eastern Canada confirmed that they died from asphyxiation, the Royal Canadian Mounted Police reported Wednesday.
As the investigation into their deaths continues, authorities revised early reports that the 100-pound, 14-foot-long snake escaped from an exotic pet store Monday and slithered upstairs to where the brothers were sleeping. Instead, the python was kept in a tall glass enclosure in another room of the apartment. The animal is believed to have entered a ceiling ventilation duct before falling into the living room and attacking Noah Barthe, 4, and Connor Barthe, 6.

The apartment was occupied by the owner of Reptile Ocean, Jean-Claude Savoie, and his family. The Barthe brothers were on a sleepover in Campbellton, New Brunswick, Canada, when they died.
"While we now have some preliminary information, investigators still have to wait for other test results to come back and for the final report,” said Sgt. Alain Tremblay of the New Brunswick division of the Royal Canadian Mounted Police. "We recognize that this has touched the hearts of people across the world and that people want to know how this could have happened. Our investigators are looking at all aspects of this tragic incident, and that will take some time.” 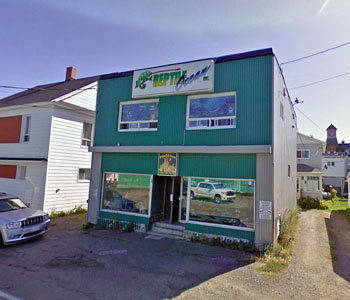 The python was captured and killed. Results of a necropsy are pending. Police reported that the snake was in good health at the time of the attack.

The Canadian Press reported today that four American alligators, six crocodiles, tortoises, turtles and snakes were being removed from the pet store and would be shipped to either Indian River Reptile Zoo near Peterborough, Ontario, or to Magnetic Hill Zoo in Moncton, New Brunswick.
The private possession of African rock pythons was banned in New Brunswick in 2009.

An African rock python escaped from its cage in a New Brunswick, Canada, pet shop and slithered into the store owner’s upstairs apartment, where it strangled two young boys, according to media reports.

The Royal Canadian Mounted Police is investigating the deaths, which are believed to have occurred Sunday night or early Monday.

Authorities did not identify the snake species or size, but the National Post reported the animal is an African rock python, which may grow up to 20 feet long in the wild.

A preliminary investigation found that the snake escaped from Reptile Ocean "sometime overnight and got into the ventilation system, then into the upstairs apartment,” said Constable Jullie Rogers-Marsh of the New Brunswick division of the Royal Canadian Mounted Police.

"It's believed the two boys were strangled by the snake,” which was captured, she added.

The boys, ages 4 and 6, were brothers attending a sleepover in the town of Campbellton, the National Post stated. Reptile Ocean’s owner, Jean-Claude Savoie, told Global News that he was "in shock” and "I don’t know what to think.”

"I thought they were sleeping until I [saw] the hole in the ceiling,” he added. "I turned the lights on and I [saw] this horrific scene.”

Reptile Ocean was visited in 1996 by representatives of the animal protection charity Zoocheck Canada Inc. and the World Society for the Protection of Animals, both out of Toronto. Their report, "Zoos in Maritime Canada,” listed a wide range of reptiles kept in the store, including an American alligator, caiman, Nile monitor, piranha, Indian python, and green and yellow anacondas.

The store received a generally positive review. "All the reptiles seen appeared to be in good health,” the report disclosed, and "there was protective glass partitions between the public and the exhibits.”