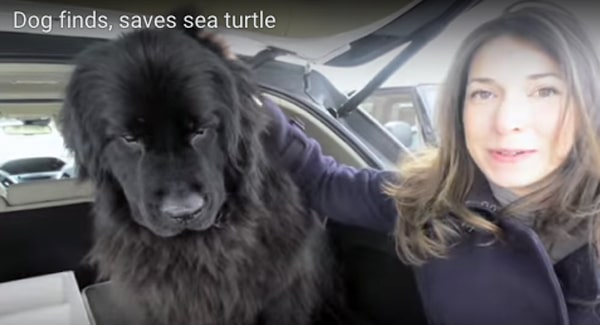 A couple walking their Newfoundland dog on Ellisville Beach in Plymouth, Mass were in for a surprise when their 2-year old, 120-pound dog Veda spotted a stranded loggerhead sea turtle on the beach.

According to TV5 Boston, the dog ran ahead of his owners and sat next to the sea turtle until its owners came down to see what the dog had found. The couple, Leah and Brad Bares were initially looking for sea glass when Veda went into rescue mode.

The loggerhead is recuperating at the New England Aquarium.

They caught up with Veda, who found the turtle and called the New England Aquarium, which sent down  a crew to retrieve the reptile. According to the aquarium, this is the first live stranding and it is lucky the dog had found it. The turtle is recovering at the aquarium and will probably be released when the waters, which are currently around 40 to 44 degrees Fahrenheit, warm to acceptable release temperatures, probably in the spring. 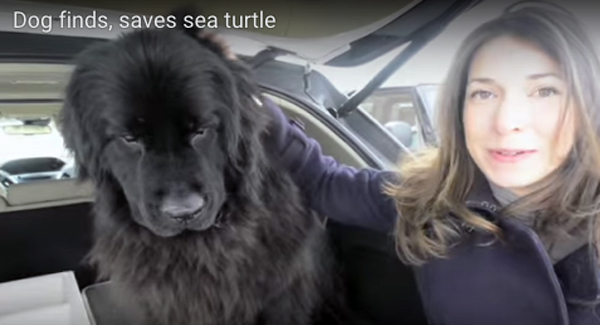 Newfoundland dogs are a large working dog breed that are bred to rescue swimmers in distress. They are a muscular dog that sports a thick water resistant coat and webbed feet.