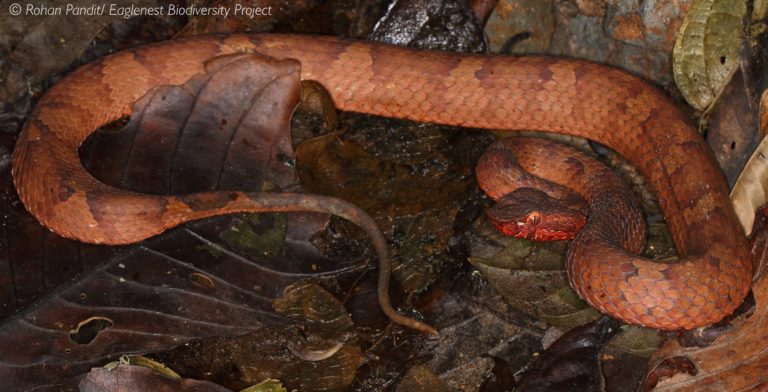 The Venomous Vipers Vipers are some of the most specialized Reptiles on the planet with their foldable fangs and potent venom. Because of thei

Antivenin For Black Mamba, Other African Venomous Snakes Set To Run Out In 2016
Video: Is Pansnakes The Coolest Reptile Video Of The Year?
Sacramento, CA to Hold First SnakeFest Conservation Festival July 16

Vipers are some of the most specialized Reptiles on the planet with their foldable fangs and potent venom. Because of their deadly saliva mix, Vipers are considered to be highly advanced compared to all ancestral snakes. This means they are the most divergent, or different, from all their ancestral snake families.

There are many species of Vipers including subfamilies Causinae (night adders), Azemiopinae (Fea’s viper) and Crotalinae (pit vipers). Pit Vipers are a specialized group of Vipers that have heat sensitive pit organs along their face. This adaptation gives them advantage when hunting nocturnally to capture prey. Based on a new scholarly study from the Russian Journal of Herpetology, a new species of Trimeresurus Pit Viper was discovered in India back in 2016. It has now been officially confirmed and described as a new species of Pit Viper in the Trimeresurus genus. Trimeresurus Vipers are commonly called Asian Palm Pit Vipers and include subspecies like the White Lipped Pit Viper (T.septentrionalis), Bamboo Pit Viper (T. gramineus), and the Phillipine Pit Viper (Trimeresurus flavomaculatus). Atleast 32 subspecies are recognized, and now there is one more! 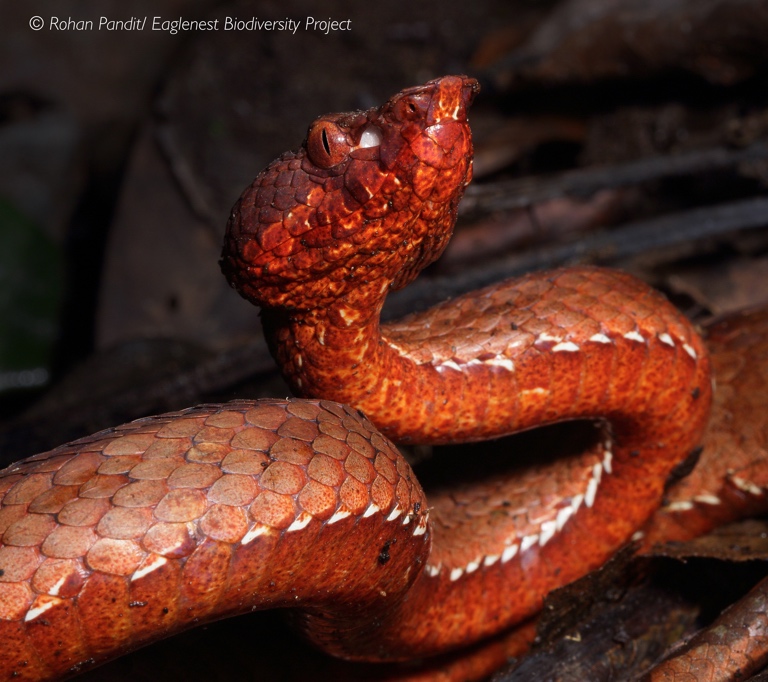 The Arunachal Pit Viper discovered in the northeastern state of Arunachal Pradesh the is the only known specimen from its species!

In this newly published Herpetological study, researchers Rohan Pandit and Wangchu Phiang were surveying the northeastern state of Arunachal Pradesh in India when they came across a brown looking snake on a steep forest slope. It was blended among the leaf litter! Thankfully they saw it, and without much thought they bagged up the snake and continued on their survey for the day. Little did they know, this snake species had never been formally described in science before! That means they got to name it!

Trimeresurus arunachalensis, or the Arunachal Pit Viper, is now classified as an official new species because of this single specimen found by Pandit and Phiang. Hopefully, more biological surveys will turn up more T. arunachalensis specimens that can be properly studied and preserved; while also better understanding their Conservation status and vital role in their native habitats.

Upong further inspection, the Arunachal Pit Viper has unique characteristics that helped place it as it's own species, like its strangely humped nose that resembles Hump-nosed Vipers (Hypnale hypnale). Although the resemblance is obvious, the Hump Nosed Viper is not in the same genus and is not found near this range. Along with its unique nose appendage, the snake has strikingly beautiful and distinctive patterns. The neutral top color resembles another Pit Viper species, the Copperhead (Agkistrodon contortix), which also blends into leaf litter of the forest. Unlike the Copperhead though, the Arunahal Pit Viper has a vibrant bright red/orange coloration along the sides of their body and underbelly. Along with these characteristics, when the snake was further inspected it had an unusual scale count. Scale counting is an old school, yet effectively accepted method for physically describing snakes and their subspecies. It is a way to confirm and classify a pure species from a hybrid or a similar looking species. Based on the scale counts of T. arunachalensis, researchers were suprised it became obvious that this specimen was not comparable to any of the native Asian Vipers of that range.

Even further analysis using genetic sequencing ultimately confirmed the status of this new species based on its DNA. Results concluded that this species did not match any other, but it is closely related to the Tibetian Pit Viper (Trimeresurus tibetanus), a snake found only in Tibet. Although genetic analysis placed these snakes closely related, their physical characteristics are quite different according to Pandit, like the reproductive hemipenese organ.

Until more specimens are discovered in this region, there will be large information gaps on their status and mysterious lifestyles among the steep, forest, terrain. This exciting new discovery leads to more questions and further proves the Reptile biodiversity forest habitats have to offer! Read the news story here.