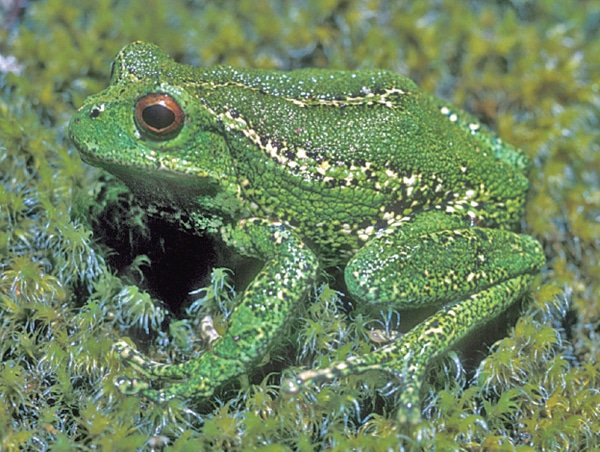 A University of Kansas professor has discovered a new species of frog that carries its young in a pouch on its body, like that of a kangaroo. The new "marsupial frog" Gastrotheca dysprosita, was discovered last year by Prof. William Duellman, who had been working on a detailed study of marsupial frogs. 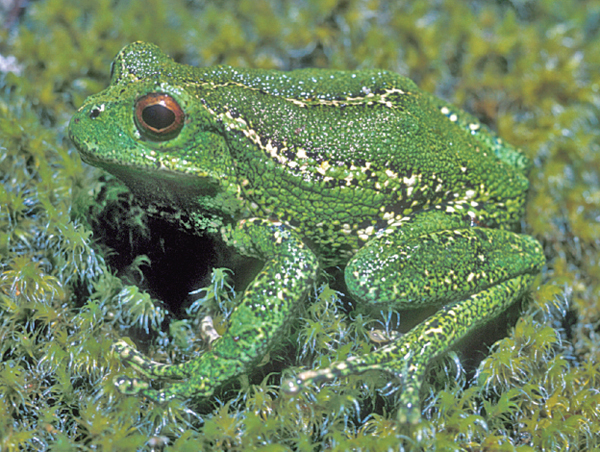 The frog is about 60mm in length from snout to vent and belongs to a genus of frog that has 62 species. It was found in high elevation grasslands in the Andes in Region Amazonas in northern Peru. It keeps its eggs in a pouch, called a dorsal brood pouch, on its back for an estimated three to four months until the eggs hatch into fully formed froglets and go off on their own.

Duellman, an expert on marsupial frogs, discovered the frog in a roundabout way, having been given the first specimen in 1972 when a University of Florida malacologist, Fred G. Thompson found the first specimen in the Andes in Region Amazonas in northern Peru. Thompson sent the frog to Duellman to identify and catalog. Several decades later, Duellman took detailed measurements and descriptions of the specimen and compared them to species already identified and determined that the frog was a new species.

Both known specimens were found between 11,000 and 11,300 feet on the Cerro Barro Negro mountain in Peru. They have bumpy and bright green skin with stripes and  brown spots down the back and sides, with reddish copper irises. There is no detailed information on species behavior or status because they are difficult to locate and only two have been found to date, the one in 1972 and a second specimen in 1989.

In addition to Gastrotheca dysprosita, three new species of marsupial frog have been discovered in the northern part of Peru's Region Amazonas in the last 10 years, G. ossilaginis and G. phalarosa in 2005. Gastrotheca phelloderma was discovered in Region San Martin in 2011.

The complete paper in PDF format can be downloaded from the Phyllomedusa website .