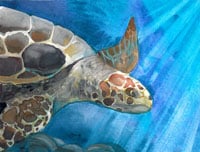 The artwork of the semifinalists will be exhibited at the Ogden Museum of Southern Art/University of New Orleans.

Three students who chose to draw herps as their entries for the National Endangered Species Day Youth Art Contest were semifinalists in the grades K-2, 3-5, and 6-8 divisions of the contest. Laney Osborn represented the K-2 division for her drawing of a sea turtle; Timothy Erwin in the Grade 3-5 division depicted a San Francisco garter snake (Thamnophis sirtalis tetrataenia) and a bullfrog (Lithobates catesbeianus); and Diana Selleshi, who represented the Grade 6-8 division, drew a green sea turtle (Chelonia mydas). The contest, which is part of the Seventh Annual Endangered Species Day to be held May 18, 2012, saw more than 2,100 children enter their art from around the United States. Their art, along with 37 other semifinalists will be displayed at the Ogden Museum of Southern Art/University of New Orleans at a special exhibit opening June 14, 2012. 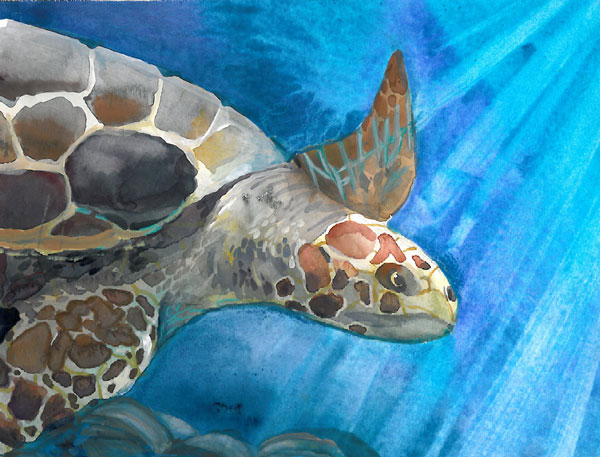 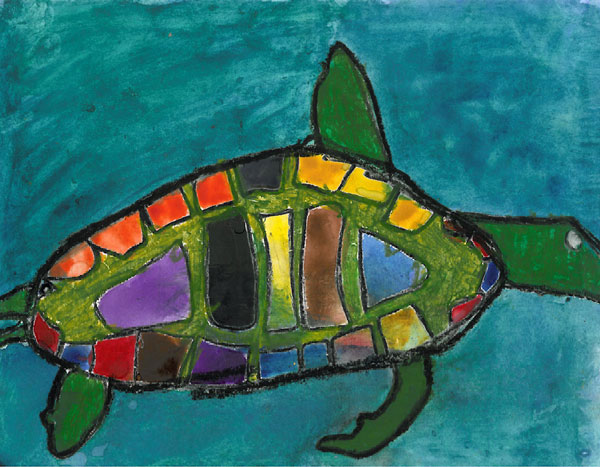 Laney Osborn represented the K-2 category for her drawing of a sea turtle.

“It is incredible to see children’s innate love of animals paired with their uninhibited artistic talent producing such inspiring works of art,” Leda Huta, executive director of the Endangered Species Coalition said in a press release put out by the U.S. Fish and Wildlife Service. “We congratulate each winner and also thank all students, parents, teachers, artists, and everyone else who was involved in making this contest a success." 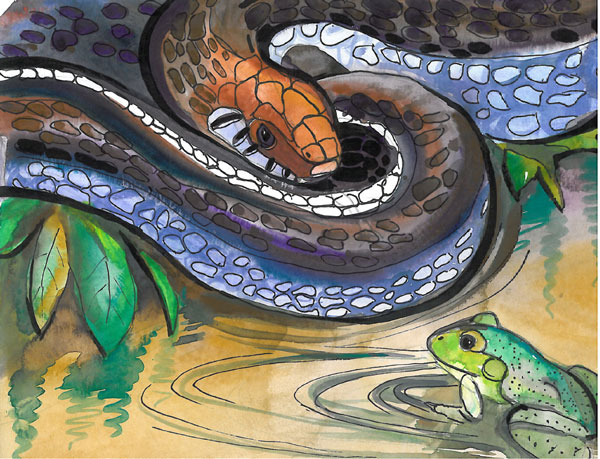 The grand prize winner, 5th grader Sky Waters of Egan, Minnesota won an art lesson from Wyland and a special engraved trophy. Waters will be honored May 19 at the Association of Zoos and Aquariums' Congressional Reception in Washington, D.C.