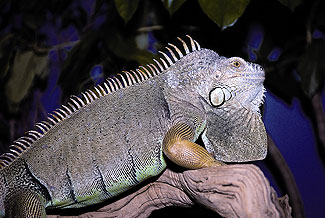 REPTILES has published hundreds of articles over the years and topics pop up now and then that turn out to be controversial. I may not always know they’re controversial when I agree to publish them, but I may find out they are only after they appear in REPTILES magazine. That’s the life of an editor!

Mixing species within a single enclosure is one such topic. There are hobbyists who think this is a bad idea from the get-go. They think that you should never, ever do it, and that it can lead to complications in trying to create the proper environment in one vivarium that would be suitable for all the inhabitants. I can see the point to their arguments, but would say it depends on the age and experience of the hobbyist who is keeping the animals, as well as the enclosure size.

Research, once again, is very important here. I have listened, horrified, as people have told me about pets they’re housing together that require completely opposite environments. For example, I remember hearing from one person who was keeping a bearded dragon in the same enclosure as a green iguana. Wrongo! Someone once asked if a bearded dragon could be kept with a frilled lizard, too. Read about it here.

Depending on the enclosure being used I am not one who is automatically against keeping different species together. If all the animals in the vivarium originate from the same biotope then that’s a step in the right direction. Even better would be if they tend to naturally hang out in different microhabitats. For instance, you may have an arboreal lizard that typically resides in the upper reaches of a tropical vivarium, and some ground-dwelling frogs in the lower portions. Of course it goes without saying that you would not want to keep any species together that have a penchant for eating each other.

It depends on the animals, too, of course. Chameleons, for instance, stress out big time if they’re kept with other animals, even if they’re other chameleons. So know what your pets’ preferences are before you go placing them together. Plan accordingly. Larger enclosures will allow more peaceful cohabitation. Cram animals in cramped quarters and unpleasant things may happen.

What do you think? Are you completely against keeping different species together, or do you think it’s OK under the right circumstances?