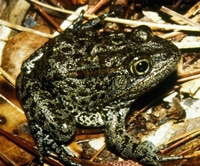 The Louisiana state Wildlife and Fisheries Commission has proposed that the Mississippi gopher frog (Rana capito sevosa ) be added to the state's endangered list and that permits be required to kill or remove the eastern diamondback rattlesnake (Crotalus adamanteus), Louisiana pine snake (Pituophis ruthveni), and the black pine snake (Pituophis melanoleucus lodingi) from the wild. Scientists who are studying the animals may capture, take measurements and tissue samples (by means that are acceptable by the Department of Wildlife and Fisheries), and immediately release the animals on site would not need a permit.

The Advertiser reports that the state's scientists do not know of any populations of Mississippi gopher frog living in Louisiana, although they were once found in the state and that the frog is on the federal Endangered Species list. The U.S. Fish and Wildlife Service designated in June 2012 1,600 acres of private land in St. Tammany Parish, Louisiana as critical habitat to the frog. This area includes the frog's last known breeding pond in Mississippi. The owner of the land is still fighting that designation, the report said.

The black pine snake has all but vanished in the state. According to the U.S. Fish and Wildlife Service, the only known populations in the country can be found in three counties in Alabama and 10 counties in Mississippi. 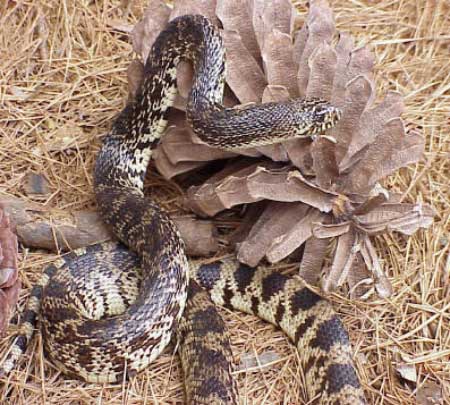 Louisiana pine snake (Pituophis ruthveni) The last documented sighting of this species of snake in the wild was more than 10 years ago.

Those interested can make public comments on the proposed rule at a meeting on Feb. 7, and comments by mail will be accepted through Feb. 20. Comments can be mailed to Mr. Robert Love, Coastal Natural Resources Division, Department of Wildlife and Fisheries, Box 98000, Baton Rouge, LA, 70898-9000. For meeting information, visit the Louisiana Wildlife and Fisheries Commission website.