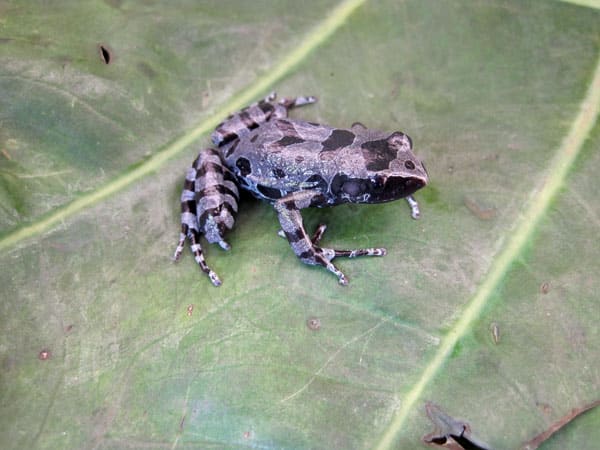 Long-Fingered Frog Rediscovered After Disappearing More Than 60 Years Ago

A single specimen of the Bururi long-fingered frog (Cardioglossa cyaneospila), last seen in the wild in 1949 and perceived to be extinct, was rediscovered in a Burundi rainforest near the town of Bururi. The frog, found by herpetologists from the University of Texas at El Paso and the California Academy of Sciences is about 1.5 inches in length with black and bluish-gray skin colors. It is called the long-fingered frog because the male has an extra long finger on each of its feet. Cardioglossa cyaneospila's closest relative is a mountain dweller in Cameroon, more than 1,400 miles away from where the scientists rediscovered this single specimen. 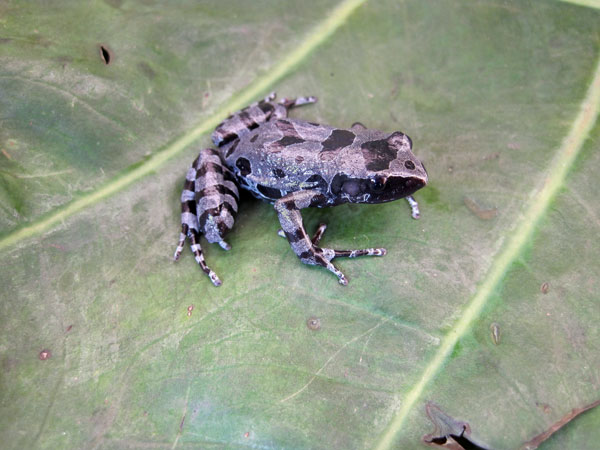 David Blackburn, curator at the California Academy of Sciences and Eli Greenbaum, a professor at the University of Texas at El Paso found the frog during a herping expedition in 2011 that was formed with the goal of locating a long-fingered frog and other reptiles and amphibians. On their fifth night, Blackburn heard a frog call, moved some grass near the vicinity from where the call originated and located the frog sitting on a log.

“I thought I heard the call and walked toward it, then waited,” Blackburn said in a press release put out by the academy. “In a tremendous stroke of luck, I casually moved aside some grass and the frog was just sitting there on a log. I heard multiple calls over the next few nights, indicating a healthy population of the species, but I was only able to find this one specimen.”

Burundi is an African nation that shares borders with the Congo River Basin, the Great Rift Valley, and Lake Tanganyika, the second largest freshwater lake in the world. It is speculated that species found in Burundi's mountains are closely related to species found in Cameroon's mountains, and at one point in time, the mountains of both countries were contiguous.