If owner doesn't claim the snake, it will be put up for adoption.

If you live in San Diego, Calif., an apparently abandoned ball python (Python regius) may be up for adoption as San Diego animal control officers took possession of one that was found in a dumpster by a man who was dumpster diving. 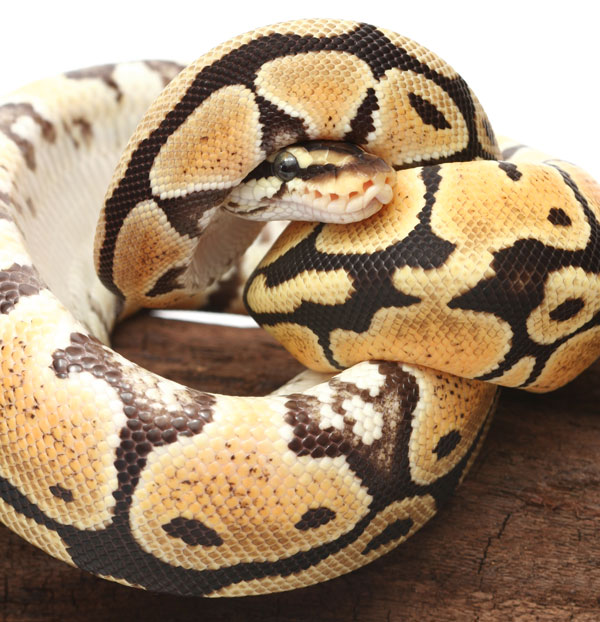 The snake, first called a boa constrictor in a 10News report and later corrected, is about a foot long and was found in a commercial dumpster in the Logan Heights area of San Diego. It appeared to be in good condition according to the police, who are trying to determine if the snake was intentionally dumped or if it was misplaced or escaped. Animal Control Officer Victor Posada told 10News that in the last year, he responded to two or three calls regarding ball pythons, but not at a police station.

Ball pythons and boa constrictors are legal to keep in the city, known for its nice year round weather and miles of beaches. It is, however illegal to abandon them. Officials with San Diego Animal Control said the owner has a short window to claim the snake. If it goes unclaimed, it will be put up for adoption.

The city has had its share of loose reptile incidents in the last few years. In August 2012, someone taped a tortoise to a bunch of helium balloons and set it aloft. In January 2012, a Mexican beaded lizard was found in a yard in San Diego. The venomous lizard was sent to the San Diego Zoo.

Ball pythons are one of the most popular species of pet snake due in large part to its docile nature and size. They average between 28 and 40 inches in length and come in a wide variety of colors and color patterns. Python regius is considered an excellent snake for those who are new to the reptile hobby.

A Look at Ball Python Morphs