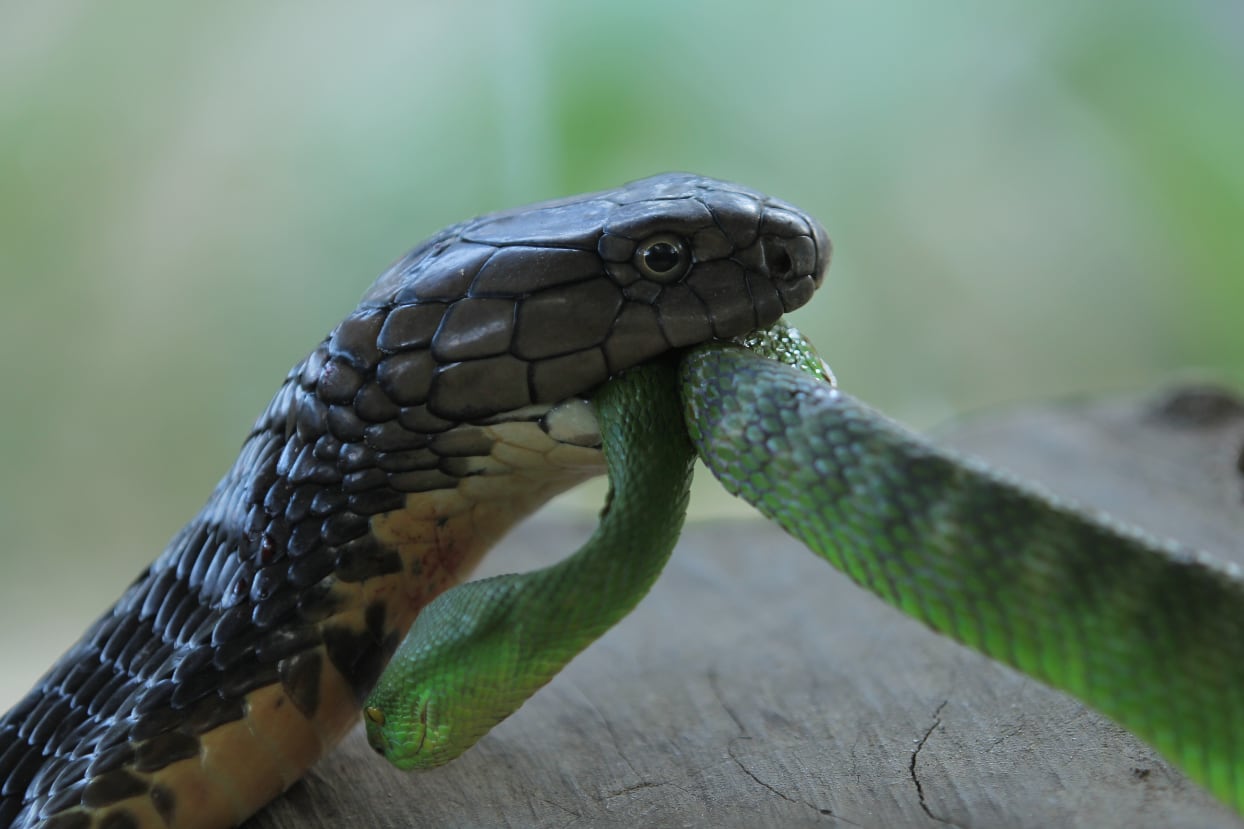 King Cobra Who Escaped Enclosure Finds His Way Back Inside

Houdini escaped from a light fixture that was updated with a low energy bulb.

Houdini spent about 10 days hiding out in between the enclosure walls.

Houdini, the king cobra (Ophiophagus hannah) who escaped his enclosure in Sweden early last week has returned to his enclosure, apparently on his own. The cobra, initially named Sir Vas (Sir Hiss) got out of his enclosure via an opening in a lamp fixture that staff had updated with a low energy bulb that produced less heat. 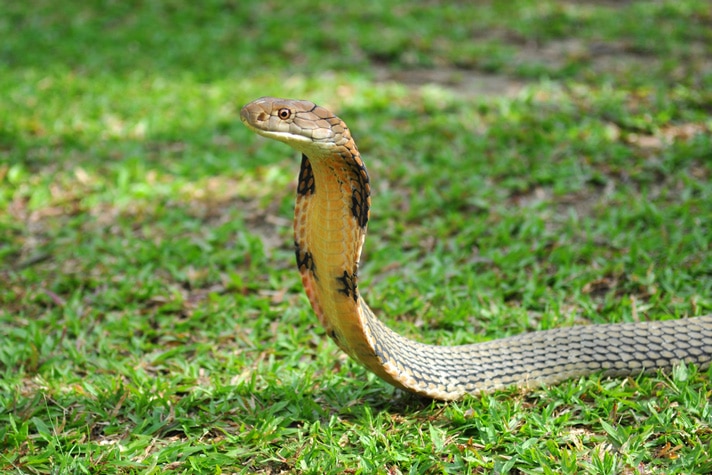 Staff initially used an X-ray machine that found the snake in between the walls, in some insulation. Holes were initially drilled into the walls but the snake then crawled out of sight of the X-ray machines, according to WSB-TV2. The snake was then found back in its enclosure.

“Houdini, as we named him, has crawled back into his terrarium,” Skansen Aquarium CEO Jonas Wahlstrom told the Swedish public broadcaster SVT on Sunday. “It was too stressful for Houdini with all the holes in the walls, so he wanted to go home again,” Wahlstrom told SVT.

The 7-foot snake would have likely perished had it escaped the zoo entirely, and luckily, he found his way back from between the enclosure walls into his home.