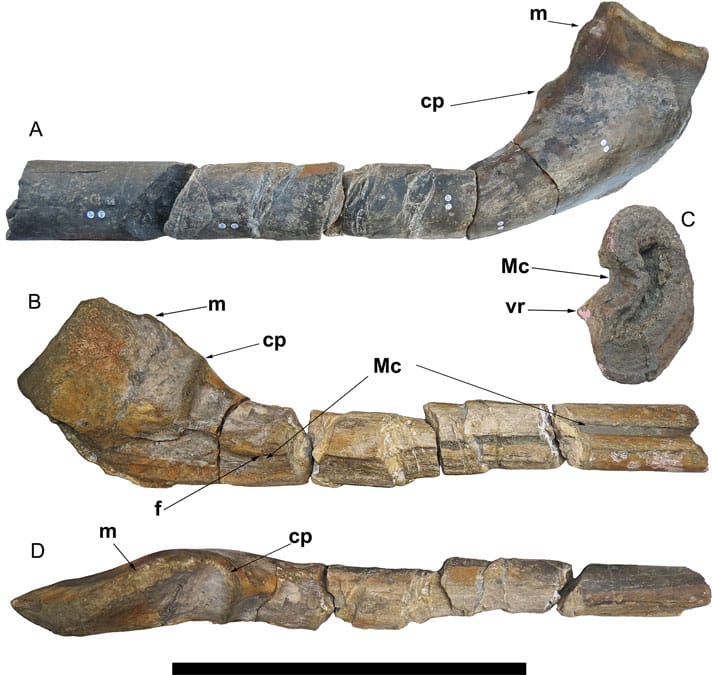 The 205-million-year-old jaw bone fragments were found in a beach in Lilstock, Somerset, United Kingdom two years ago.

Researchers Dean R. Lomax , Paul De la Salle, Judy A. Massare, Ramues Gallois, with the School of Earth and Environmental Sciences, The University of Manchester, Oxford Road, Manchester, United Kingdom, have discovered what they describe as a jaw bone of what could have been the largest ichthyosaur that swam the seas during the late Triassic period (~235–200 million years ago). 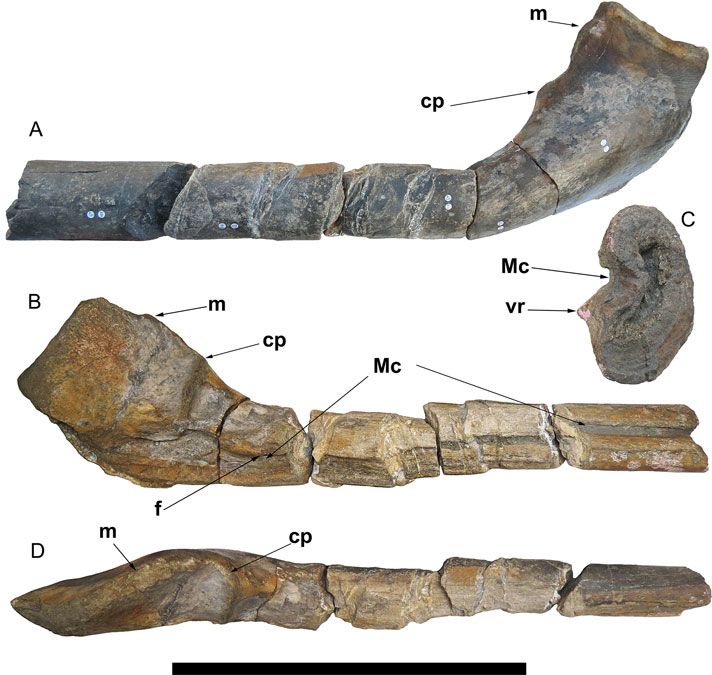 The 205-million-year-old jaw bone fragments were found in a beach in Lilstock, Somerset, United Kingdom two years ago. The fragments assembled together measure about 96 centimeters, which causes the researchers to estimate the size of the ichthyosaur that the bones belonged to at 26 meters in length. A female blue whale by comparison is about 25 meters in length.

The researchers measured the bones against another set of bones in Canada that were, until recently the largest known ichthyosaur bones. The Canadian shastasaurid Shonisaurus sikanniensis measured just 21 meters in length.

"As the specimen is represented only by a large piece of jaw, it is difficult to provide a size estimate," Dean Lomax, an ichthyosaur expert at the University of Manchester told Times Live South Africa.

"But by using a simple scaling factor and comparing the same bone in S. sikanniensis, the Lilstock specimen is about 25 percent larger."

Ichthyosaurs lived 251 million years ago during the Mesozoic Era to around 65 million years ago. They are not considered dinosaurs, but were aquatic reptiles that breathed air like lizards and snakes.

The complete research paper describing the Ichthyosaur can be found on the PLoS One journal website.