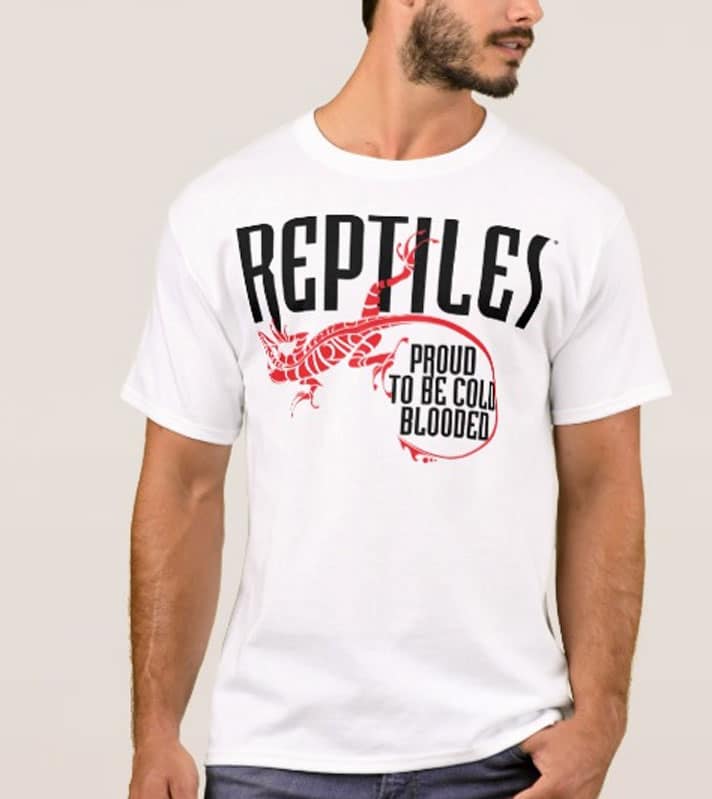 Is wearing a reptile related t-shirt in a state or national park enough to cause suspicion?

Question: Is it alright to wear t-shirts with reptile designs inside state and national parks? A friend was approached last summer in a popular California park by a park ranger who questioned him about what he was doing. His only “crime” (he swears) was wearing a t-shirt with a prominent lizard picture on it. He was not collecting animals.  What do you think?
Sarah Thompson, Portland, Ore. 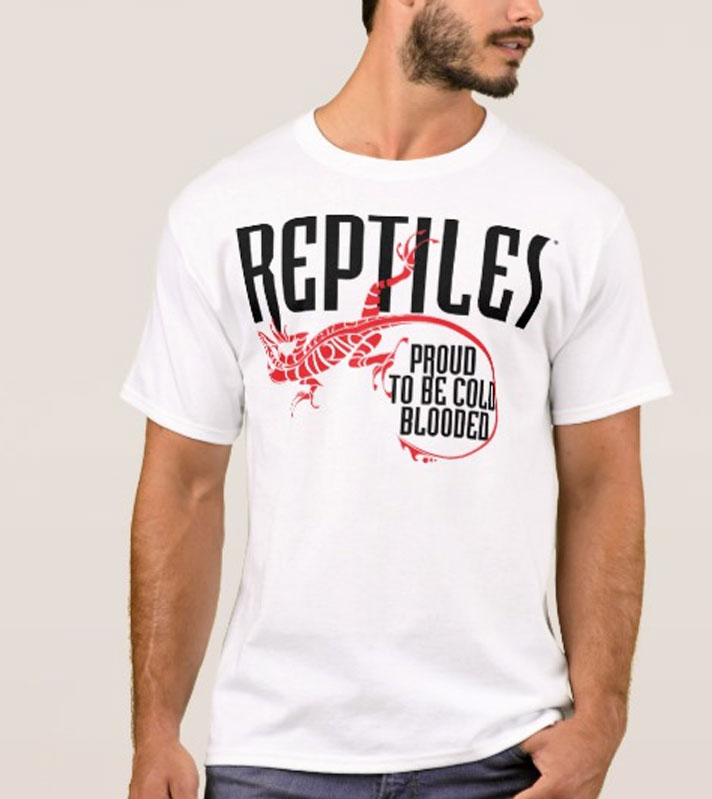 If you like the shirt above, check out more designs at the Zazzle store here.

Answer: Based solely on your letter, it sounds like your friend was singled for suspicion by an overly zealous park employee. Park staff is trained to look for suspicious activities because it’s common knowledge that some visitors remove wildlife from parks illegally. It’s a slippery slope to try to analyze what happened to your friend without more information, so I’ll proceed with some generalities about what may have been going on in that particular situation.

Herp people love the colorful selection of t-shirts available to announce their passion to the world. A large percentage of them keep herp pets. Is it unreasonable for such showy clothing to also attract the notice of park personnel?

Here’s where I must use my imagination to fill in some blanks with some “what ifs?” Suppose your pal was wandering off paths and poking around rocks and under logs — things a herper might be expected to do while looking for herps. Further suppose he was carrying some sort of tool, like a snake hook. That would send signals to any observant park employee that there was intent to find animals not readily seen in the open. Disturbing habitat is a no-no in parks, so that action alone would warrant attention and questioning.

But let’s suppose your friend was merely walking down a trail, enjoying nature like most park visitors, maybe with just a camera. To assume he was up to no good only because he was dressed in flashy, lizard-oriented attire, while not breaking any rules, sounds like the person who spoke to him was overstepping their authority, possibly in an obsessional attempt to catch someone doing something wrong and winning a gold star for his or her efforts.

We’ll probably never know in the case you cited because neither party would want to admit any possible indiscretion on their part. The main thing to stress here is to think if you want to call attention to yourself in any particular setting. If you crave attention and enjoy engaging strangers in conversation about your interests, that’s fine. But beware that you might draw some negative attention from people you don’t want anything to do with. And it might cost you time if those kinds of folks end up delaying you because they’re suspicious and hold power over you at a venue such as you described.