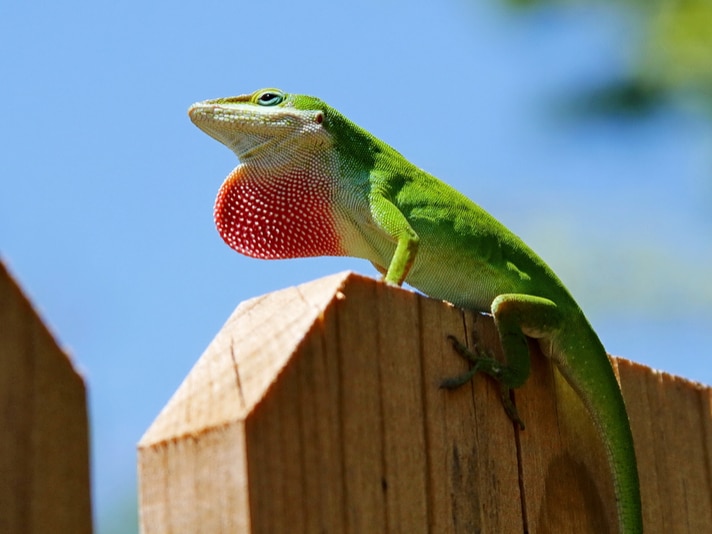 A population of green anoles (Anolis carolinensis) has been discovered in Hancock Park by members of the Los Angeles County Natural History Museum's Reptiles and Amphibians of Southern California (RASCals) citizen science project. The discovery marks the first time that an established population of the still popular pet lizard has been confirmed in Los Angeles County. According to a report on KCET.org, the lizards have lived in the area fo r as long as some residents can remember. Los Angeles County. Early this month Greg Pauly, a herpetologist at the museum visited the neighborhood and observed nine anoles in a span of 90 minutes, including juveniles, males and females. A resident told Pauly that she has been seeing the little green lizards for the entire 12 years that she has lived in the neighborhood.

The green anole has been a popular pet lizard for decades,and was even sold via mail order as a chameleon due to its ability to change its colors from green to brown. Native to the Southeastern United States, the species has found its way to other locales, including Hawaii, certain Caribbean islands, other areas in Southern California, and the Ogasawara Islands in Japan. The lizard grows to about six inches long and feeds on crickets,grasshoppers and other small insects in the wild. Captive species, which are virtually all wild caught, feed on crickets, mealworm s and other small invertebrates.