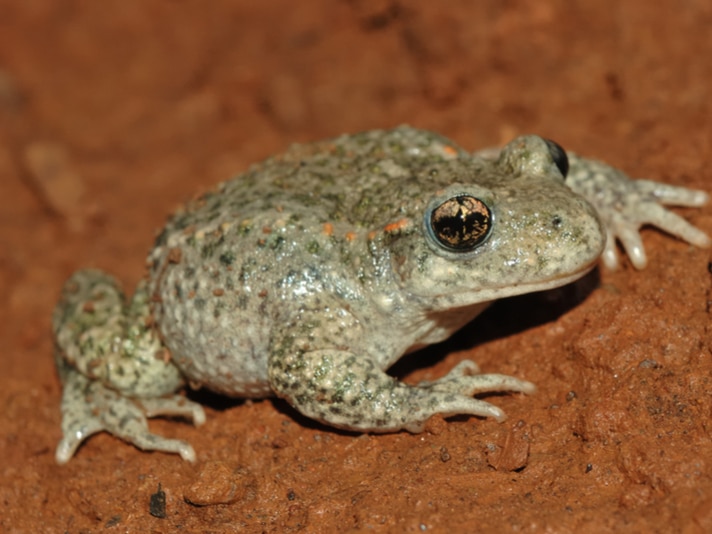 Frog Skin Mucus Can Be Tested For Chytrid Resistance

Scientists use midwife toad skin mucus to develop a defense against the chytrid fungus.

Scientists now have a new way to determine if an amphibian is susceptible to the chytrid fungus as a researcher with the University of Colorado has discovered a method to analyse a frog's skin to determine how susceptible it is to the disease. According to a paper released April 30 in the PLOS ONE journal, the discovery also gives scientists the capability to determine what type of probiotic skin cleanser can be used on the amphibian to help strengthen its defenses without having to expose the frog to disease.

The research may assist scientists in reintroducing amphibians that are critically endangered into the wild by strengthening their defenses against the chytrid fungus before release.

“We have all these amphibians in captivity now, like the golden frog (Atelopus zeteki) in Panama, a really beautiful species that is now extinct in the wild,” Douglas Woodhams, a postdoctoral researcher at CU-Boulder and lead author of the paper said in a press release put out by the university. “We want to be able to reintroduce them, but the pathogen that attacked them is still out there,” he said. “Now we can determine what probiotic treatment might work best to protect the frogs without infecting them with the pathogen and seeing how many die.”

Woodhams and his colleagues used midwife toads (Alytes obstetricans) in their research, a toad-like frog that has been devastated by the fungus that has reduced large populations of frog , toads, salamanders and other amphibians around the world. They collected samples of the skin of the frog and incubated spores from the chytrid fungus in the skin's mucus. They determined that the capability of the mucus samples to kill chytrid was directly related to how much of the infections were present in the wild populations of the frog. This also determined the survival rate of lab raised midwife frogs that were exposed to chytrid. This means that the amphibians no longer have to be directly exposed to the fungus to determine if it is susceptible to it.

Read More on the Chytrid Fungus

“We can assess the risk of disease in different species and populations by this method, and focus resources where they are most needed,” Woodhams said. “Now we can just test the mucus to see how susceptible the amphibian is.”

The full study can be found on the PLOS One Journal.