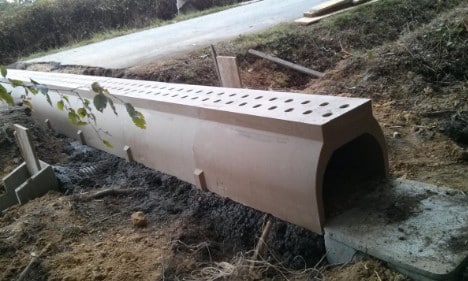 The French eat about 80 million frogs every year in stews and frog legs. A French council in Vern-Sur-Seiche, Brittany have done something of a d

The French eat about 80 million frogs every year in stews and frog legs. A French council in Vern-Sur-Seiche, Brittany have done something of a different sort in constructing frog tunnels along a road where there were high mortality rates for frogs that try to cross the road to reach breeding ponds. 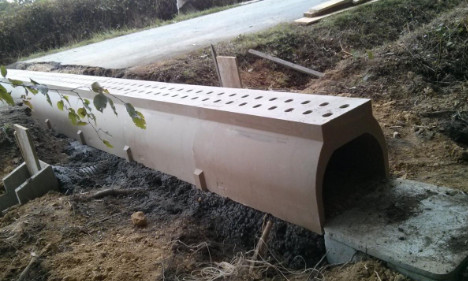 The froggy ducts are designed to help frogs cross the road.

The council spent the equivalent of about $72,000 to construct five passages under the D86 road to prevent the frogs from becoming roadkill. More than 4,000 vehicles each day use the road which separates the frogs from their breeding ponds. 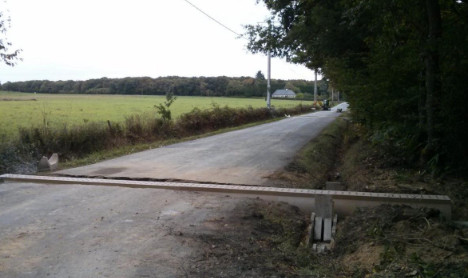 It is estimated that 1,200 frogs are killed trying to cross this road in France.

Prior to the construction of the “froggyducts” volunteers with the La Parvole Volunteer Group would carry the frogs across the road, catching them with tarps, counting them and placing them into buckets for their short journey across the asphalt. It was estimated that about 1,200 frogs and toads were killed along the stretch of road every year until the construction of the tunnels.

The French don’t eat French frogs though as frog hunting has been banned since 1980 due to over harvesting. The French get their frogs from Asia.

The construction of wildlife corridors have had mixed success, at lesat in North America. A tiger salamander crossing in California, constructed in 2011, has been fairly successful in helping the amphibians cross the road. A study of turtle ecopassages in Ontario, Canada, found that turtles hardly used the passages and were still getting killed on the roads, and the animals that were using the pasasges regularly were ducks and geese. They concluded that when these corridors are built, the target species must be kept in mind during construction to enhance the chances that the species will use it.