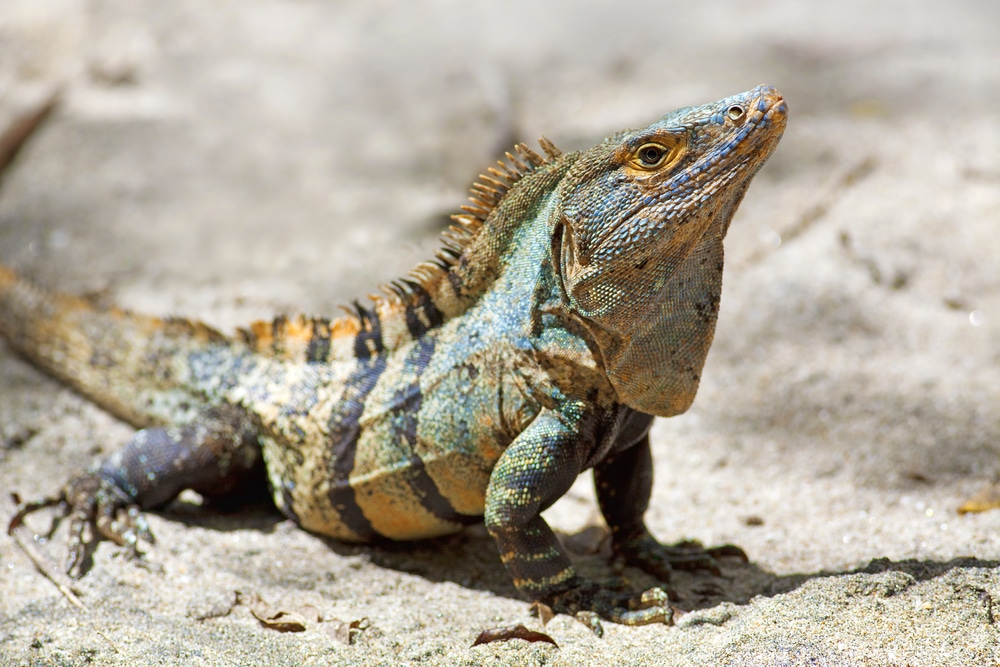 Some say the spiny tailed lizard is mainly carnivorous, some say they are just like the green iguana and purely herbivorous, and others say they are 50/50. Which is it?

Do you know where I could find an accurate care sheet for a spiny-tailed (black) iguana? I have found multiple articles with differing opinions on diet. Some say they are mainly carnivorous, some say they are just like the green iguana and purely herbivorous, and others say they are 50/50. The pet store was feeding it strictly crickets, but it looks skinny and malnourished. The vet was unsure of the diet and said to feed it like a green iguana and keep some crickets in the cage. He also dewormed it and gave me shots of BaytrilTM to give.

I have a spiny-tail who doesn't want to eat. I have provided a variety of food and he eats very little if any at all and is very shaky. I am worried right now he seems ok but I am afraid he will get worse. Can you provide a reference for me or any information? I would appreciate it.

After perusing the information available on the internet, I can see how you would be confused about the nutritional needs of the spiny-tailed iguana (Ctenosaura spp.) There is a lot of conflicting information regarding their husbandry, that’s for sure. Another group of lizards are also referred to as spiny-tails, and those are members of the genus Uromastyx, further confusing the matter. For this answer, I am referring to the spiny-tailed iguanas of the genus Ctenosaura.

Since spiny-tailed iguanas are hind-gut fermenters, they are herbivores that should be offered a diet similar to that of green iguanas. Some sources recommend feeding juvenile spiny-tails a primarily carnivorous diet of crickets, pinky mice and mealworms, and then transitioning them over to a primarily herbivorous diet as they mature. I feel that, as hind-gut fermenters, they should be offered an herbivorous diet similar to that fed to hatchling green iguanas (Iguana iguana). A portion of the diet can consist of a commercial herbivore canned or pelleted diet. It probably won’t hurt to offer a few insects to juveniles, but the majority of the diet should be composed of vegetables, flowers and a small amount of fruit in addition to a commercial iguana diet.

A temperature range similar to that for a green iguana is suitable for spiny-tailed iguanas, though they will thrive at slightly higher temperatures. The range for the habitat should be from 75 to 90 degrees Fahrenheit with a focal hot spot of 100 to 105 degrees F for the basking spot. Nighttime temperatures can drop to the low 70s to the low 80s. For proper calcium metabolism, they should be provided with a full-spectrum light. The UVB ultraviolet light in these bulbs is the most important. The light should be placed within the range recommended by the manufacturer and changed as recommended, too. If possible, the lizard should receive natural sunlight, unfiltered through glass or plastic, from time to time. The light should remain on for 10 to 12 hours per day.

I would like to make a point about injectable enrofloxacin, such as Baytril. If you read the label, it says to give one injection and then switch to giving it orally. While pharmacokinetic studies have not been performed on every species of reptile, preliminary studies have shown that it is absorbed when given orally. I have seen some horrible reactions from repeated injections with enrofloxacin, such as muscle damage, swelling and pain. One young Galapagos tortoise I examined had received approximately 12 injections and was in such pain that she could not walk. If an antibiotic needs to be administered to a herp (without the benefit of bacterial culture and sensitivity), probably the safest and best one to use is ceftazidime, which is given as an injection every three days and does not cause tissue pain or necrosis. I am not a big fan of repeated enrofloxacin injections.

I have a fondness for spiny-tailed iguanas. Although they don’t seem to tame down as well as green iguanas, I did have an adult male as a teenager that was a great pet. I fed mine an herbivorous diet, and he was allowed outside on sunny summer days in a cage (with a shady area, of course), and he had a full-spectrum light on his indoor cage. Like baby green iguanas, the juveniles grow quickly, making them subject to a form of metabolic bone disease if not provided with an appropriate diet and full-spectrum light.

I hope this information is helpful and settles the issues regarding diet and husbandry. We now have wild colonies of spiny-tails living on the west coast of Florida in the Sarasota/Ellenton area. They are established and are reproducing quite rapidly, causing problems for homeowners and especially for plant nurseries that are having their plants consumed by hungry iguanas! 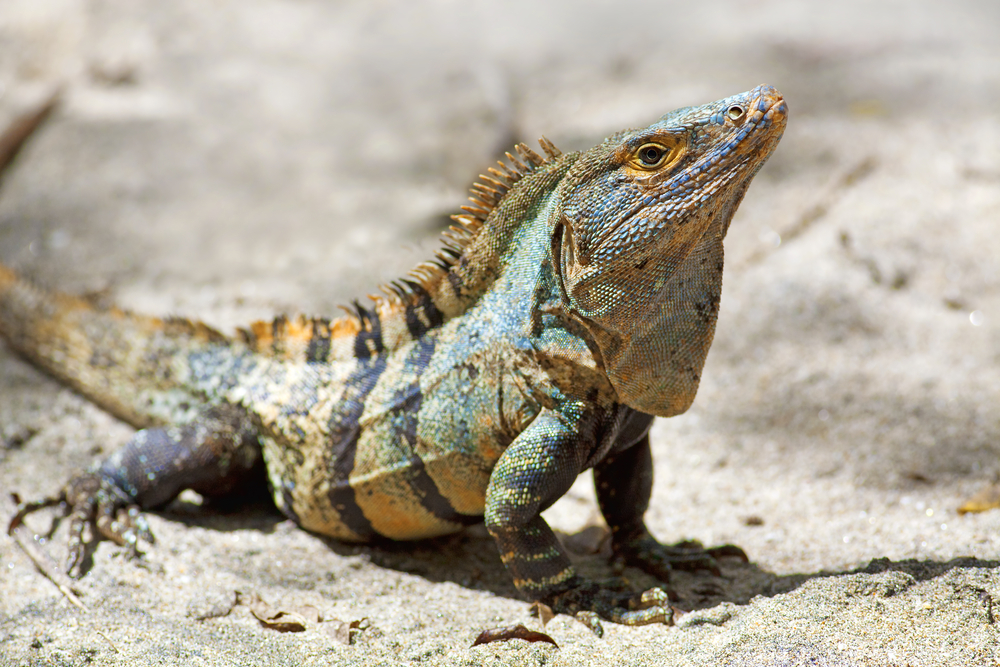 Spiny-Tail Iguanas are herbivores that should be offered a diet similar to that of green iguanas.