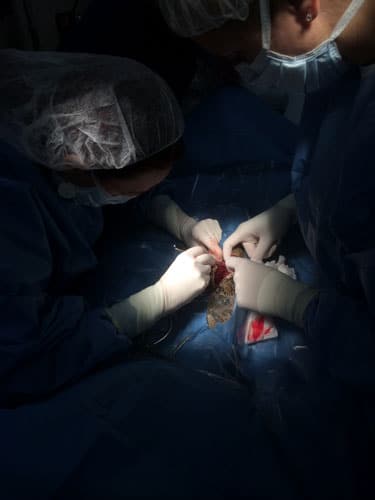 Expensive Lesson For Owner Of Boa That Ate Towel

Killer the boa constrictor ate the towel while eating a rat.

Frog With Skin That Looks Like A Rock Discovered in Vietnam
U.S. And China Release Sea Turtles Into Disputed South China Sea
Western Pond Turtle In California With Cracked Shell On The Mend

Sea turtles are known to eat balloons and plastic bags because these objects look like jellyfish. But how does a towel remotely look like any kind of prey item to a six foot long boa constrictor? It doesn't but a boa constrictor in Tampa, Fla. made a meal out of a towel and is recovering from the surgery required to remove the towel from its stomach. BluePearl Veterinary Partners, one of nine nationally recognized veterinary trauma centers in the United States performed the surgery on Killer, which was deemed a success. According to the vet center, Killer's owners said that the snake ingested the towel while eating a rat, the common prey item for captive constrictors. Lesson learned to always watch your animals when feeding them. 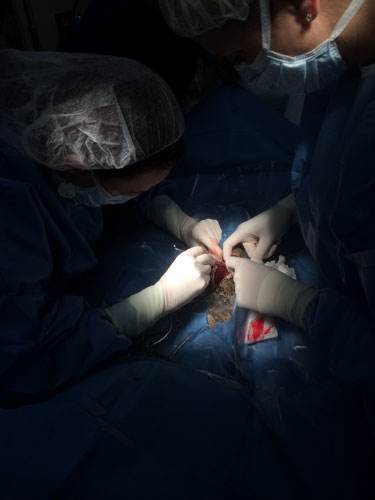 Killer is expected to make a full recovery. The towel, which came out in the shape of a snake, will most likely be washed and kept away from the snake.  A note of caution, ALWAYS watch your snakes when feeding them to avoid a vet bill like the owner of Killer paid. 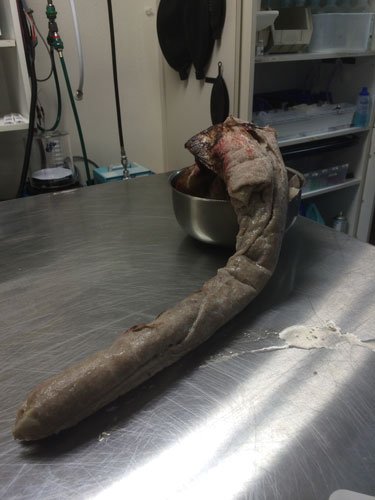 The boa constrictor apparently ingested the towel while eating a rat.