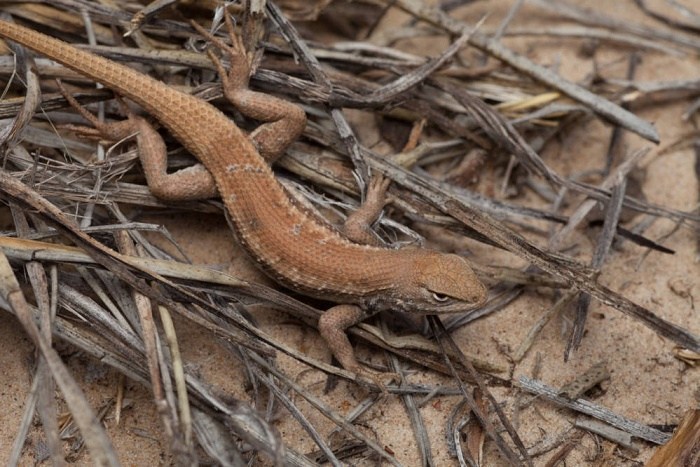 After years of legal wrangling, a failed initiative by oil and gas companies to voluntarily monitor the heath of the dunes sagebrush lizard, and other

After years of legal wrangling, a failed initiative by oil and gas companies to voluntarily monitor the heath of the dunes sagebrush lizard, and other issues regarding this small reptile that lives in the Permian Basin of West Texas and West Texas and southeastern New Mexico, the U.S. Fish and Wildlife Service is yet again considering whether to give the little lizard protections and announced last week that it will launch a full review of the reptile to determine if a listing under the Endangered Species Act is warranted.

The action by the USFWS was prompted by a settlement in a lawsuit by Defenders of Wildlife and the Center for Biological Diversity.

Amongst the proposals under consideration though is yet another voluntary conservation plan proposed by the oil and gas companies. This approach was attempted in 2013 and failed to protect the reptile.

Three years later in March 2016, Texas State Comptroller Glenn Hegar killed the foundation’s contract in February, citing the failure of the foundation to perform repairs on several sites that are sensitive habitat for the lizard.

The Center for Biological in 2002 petitioned the USFWS to protect the lizard. In 2010, a proposal was submitted by USFWS to protect the reptile, but in 2012, then Texas comptroller Susan Combs, who is now acting assistant secretary for Fish, Wildlife, and Parks in the U.S. Department of the Interior, withdrew the proposal.

The lizard’s status has for the last several years been a contentious issue for the state of Texas and the Texas oil industry.  The agency that was set up in 2013 to monitor the voluntary protection efforts for the dunes sagebrush lizard was comprised of oil industry lobbyists, according to a report in the Texas Tribune. The Texas Habitat Conservation Foundation was formed, supposedly in an effort to ensure that the agreements laid out to protect the lizard were enforced.

Loading...
Newer Post
Genes In Frogs Responsible For Fighting Off Chytrid Infection May Be Killing Them, Study Says
Older Post
How The Paradise Flying Snake Glides Through The Air Like An Eagle In Flight
Advertisement