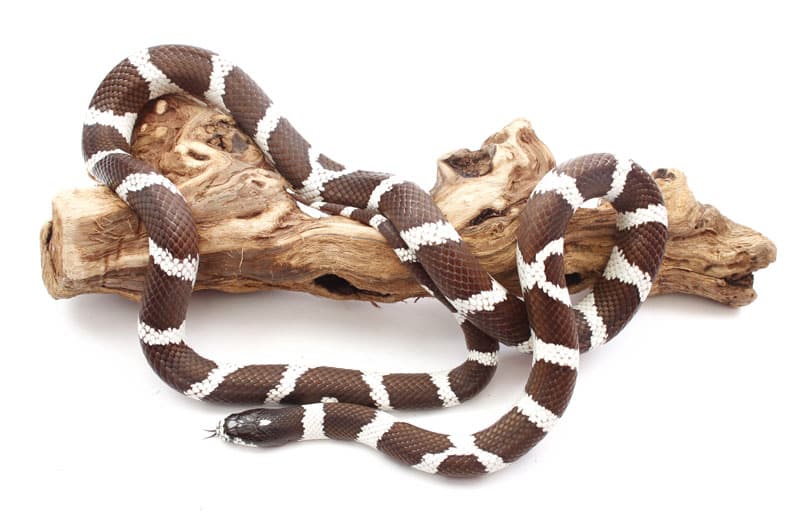 Releasing captive-bred offspring can cause damage to herp conservation.

Ideal Heating For Your Reptiles
The International Herpetological Symposium: Ideal For Teens
Herpkeeping Dos And Don'ts

Photos and Article By Bill Love

Where can I release my captive-bred offspring to help conservation?
Larson Kemp
Norfolk, Virginia

Nowhere! I know that sounds pretty cold, but it's true for many reasons. The release of animals bred in captivity by hobbyists into the wild is not doing conservation any good.

As the importation of herps as pets continues, more and more possibilities exist for introducing exotic diseases to other captive herps lacking immunity or the ability to cope with alien parasites.

Inexperienced hobbyists are especially apt to transfer foreign pathogens and/or microorganisms throughout their collections, because they aren't acquainted with the pros and cons of imports versus captive-bred animals. They frequently mix multiple species of herps together in the same cages, a recurring practice that's too appealing for many newcomers to the hobby to break.

How does adding more animals to a natural place help? Wild habitats either already have the "right" number of each species living there (meaning any over that number is excessive and stressful to the others), or they're no longer able to support that number for some reason. People filling in habitats with the kinds of animals they perceive are "missing" isn't a sound way to help nature maintain equilibrium.

Adding new specimens acclimated to captivity and coming from unknown gene pools doesn't help, even though it seems the right thing to do. The only way you may be able to help is by getting your extra captive-bred offspring into the hands of people who might otherwise have taken some from the wild as pets instead. That aids in an indirect way by taking a little pressure off wild populations that might be harvested otherwise.

Fancy This
I recently noticed that the local pet store had female fancy mice on sale. I currently keep a pair of albino mice as breeders for baby corn snake food. I thought it might be interesting to replace my female albino with a fancy mouse for the variety of color. The saleswoman refused to sell me one for this purpose. Interestingly, she had no problem selling me an albino mouse for the same purpose. What gives? Has my experience with mice as food blinded me to some fundamental difference between fancy and albino mice?
Andy Smith
Kansas City, Missouri

I strongly suspect the only fundamental difference between the vendor's assorted mice was the cuteness of the fancy kinds.  She probably regarded the fancy ones as her temporary pets and/or better sellers, and she simply didn't want to see them "wasted" as snake food, or even to go to produce snake food.

Talk to the saleswoman again. If she'll sell you white mice as snake food, she's OK with the notion generally. Saving the fancy mice for pet sales is her prerogative. Actually, it may just be that she's just being practical if the fancy varieties sell better as pets for her. She sounds cool enough to sell you breeding stock if you explain your needs and intentions in more detail.

In fact, you should be able to work out a creative and lucrative deal for both of you. Offer to buy a colored male and several white female mice from her. Your original male mouse is probably getting old and will need to be replaced soon too. But regardless, you don't want to introduce a strange, new mouse to the mix for fear of a battle royal ensuing.

A fancy male mouse in a harem with white females will most likely result in a mixed batch of albino and colored babies. Sell the pet shop lady the fancies and feed off the whites to your corns. Then, offer to sell her some baby corn snakes when you breed them to give her additional pet stock to sell, creating new customers needing her mice.

There are people out there who aren't nearly so tolerant of reptiles' feeding requirements. I'd suggest this win-win scenario, because it's mutually beneficial and will help keep her as an ally of all herp keepers.

Other alternatives exist in case I've misjudged the pet shop woman. You can take your business elsewhere. I'm sure you have that option in a city the size of yours. Or you can have a friend buy the new breeder mouse for you if the choice of rodent sources is lacking in your area.

No Barking
I recently purchased a barking treefrog. I was told it was a female and that females don't bark. But it does bark at night, and its throat puffs out when it barks. I was wondering if you could tell me if it is male or female? It also barks when you pet it. Is this out of pleasure or irritation?
Fielding Etheridge
Atlanta, Georgia

Female barking treefrogs (Hyla gratiosa) don't call or bark at all. Only the males call.

Barkers are the largest treefrogs native to the United States. Their calls resemble a hound barking in the distance; the sounds always seem to emanate from farther away than the frogs really are. When finally tracked down, the callers are much closer than one would have guessed. And invariably, they are males calling for mates.

The throats of males usually have a dash of yellow pigment and are usually a little baggier than those of females. Their vocal pouch expands considerably when they bark, as you've obviously noticed. Your pet is definitely a male.

When barkers call, they do so on spring nights in the Southeast while floating on the surface of still water. Collectors home in on breeding assemblages at night by the distinctive low-key woofing calls. Many more males than females are typically caught and sold as pets. This may explain why you received a male instead of a female.

Don't feel too bad about the confusion between males and females – even the frogs themselves sometimes get confused about the gender of their pals.

How exactly are you petting your frog?  Could it be that you touch the sides of its belly from above? If so, your attentions are probably being misinterpreted and are resulting in an "irritation" response.

In breeding aggregations of barkers, wandering amorous males sometimes land on the wrong prospective mates accidentally. The contact of your fingers may be mimicking a male's advances to a presumed female. Your pet may be letting out a release call to signal what he can only conclude is another male climbing on board for amplexus (frog sex). That call is usually different from the mating call – sharper and more urgent in tone.