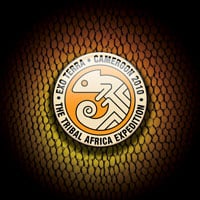 Want to go to Cameroon for the Exo Terra Expedition?

Consider this short blog a teaser about an upcoming REPTILES magazine contest with a prize so great I wanted to give you a heads up asap.

Every year, Exo Terra embarks upon an expedition to an exotic locale to go in search of herps (though the 2009 expedition to Honduras has been postponed due to political unrest in the region). Past expeditions have explored Tanzania, Madagascar, Uganda and Gabon (Exo Terra was there even before Survivor). The expeditions are led by Exo Terra Category Manager, Emmanuel Van Heygen.

Three new reptile species have been discovered during the Exo Terra expeditions. In 2004, during the Madagascar trip, Emmanuel found a new gecko, later named Phelsuma vanheygeni, in bamboo forest in northwestern Madagascar. A couple years later, in Gabon in 2007, he found another new gecko, this one from the genus Lygodactylus, and in Tanzania in 2008 Emmanuel discovered a new chameleon that was later named Kinyongia vanheygeni.

Reptiles and amphibians are only part of the excitement of these adventures. Many other animals may be encountered. In Gabon, for instance, elephants, gorillas, red river hogs, civets, many birds and other wildlife were also seen.

Prior to the Gabon expedition REPTILES magazine had a contest, and the prize was a seat on the trip. Lonnie McCaskill, a zoological manager for Disney’s Animal Kingdom in Orlando won the REPTILES contest and had the trip of a lifetime. And now maybe you can too!

The 2010 Exo Terra expedition will be traveling to Cameroon, Africa, and once again REPTILES is holding a contest. The winner will again accompany Emmanuel Van Heygen and the rest of the team into the bush to search for reptiles. All you have to do if you want to enter is tell us why you think you should be the person to go. It’s that easy!

More details will follow, and you’ll be able to enter right here on ReptileChannel. In the meantime, if you are dying to search for herps in Cameroon, start thinking about how you can convey the fact that you are a perfect team-member for the expedition. Do keep in mind that the winner will have to be at least 18 years old, in good health and, because of potentially strenuous hiking, able to navigate under his or her own power. If you meet these criteria, put on your thinking caps, and watch ReptileChannel and REPTILES magazine for the official announcement that is soon to come!

Visit www.exo-terra.com to read about the past expeditions, and to check out photos from them, too. They’ll give you a good idea about what you could expect should you be the lucky contest winner.