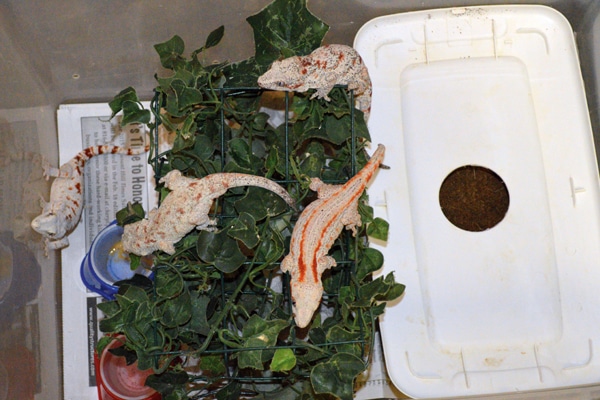 Bonus content to “The Beauty of Gargoyles” in the May/June 2015 issue of REPTILES.   Breeding gargoyle geckos is a relatively s

Bonus content to “The Beauty of Gargoyles” in the May/June 2015 issue of REPTILES.

Breeding gargoyle geckos is a relatively straightforward endeavor. There are no special heating or cooling requirements, and you can leave adults together year-round. 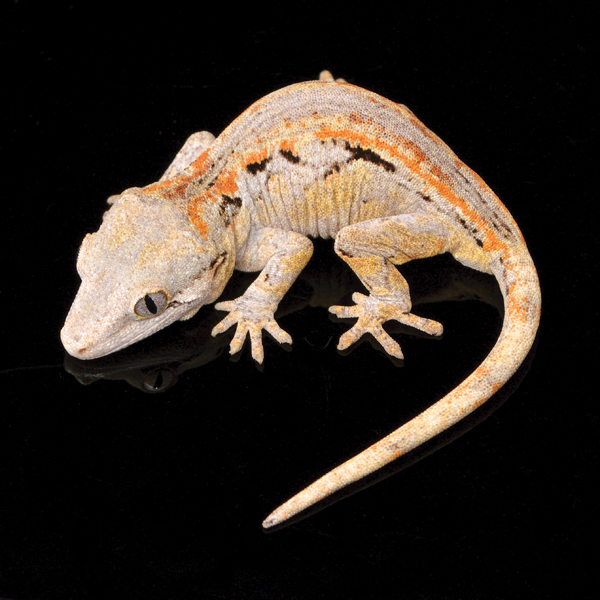 The gargoyle gecko (Rhacodactylus auriculatus) is a close relative of the crested gecko (R. ciliatus). This juvenile exhibits read and orange blotches on a high-contrast black and white striped background.

Clearly, you need a male/female pair to get started. Adolescent males will start to develop a hemipenile bulge at the base of the tail; this is where the hemipenes are located. It will become larger as the gecko becomes sexually mature.

Although female gargoyles don’t exhibit this bulge, they are notorious for fooling novice keepers into thinking they’re males. This is because adolescent female gargoyles will often show a slight bulge in the same area at the base of the tail. At this time, I recommend using a photographer’s loupe to look for femoral pores running along the ventral surface of the femur, or thigh, just in front of the vent. Their presence would identify the gecko as a male.

With smaller geckos it can be very difficult, even for a seasoned professional, to determine with a loupe whether femoral pores or only dimples are present. Therefore, I tend not to bother with loupe sexing until a gecko reaches the onset of sexual maturity, which is usually complete in females at around 18 months of age, give or take a few months. I put more stock in the overall appearance and shape of the gecko, also taking into account its age, rather than waiting for it to reach a particular gram weight. 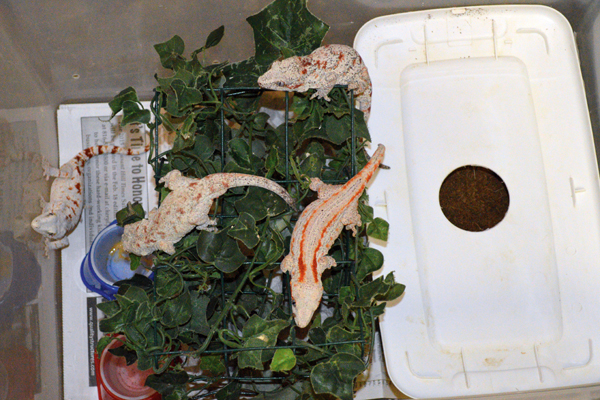 This is the author’s standard breeding setup for 1.3 adult gargoyle geckos. It features a 58-quart Sterilite tote, egg carton and artificial foliage, non-tip food and water bowls and a 6-quart nest box with a lid with a hole cut into it.

Males can typically breed at 1 year of age, if not sooner, provided they’ve grown large enough to do so. It’s often a little while longer before a female can reproduce. It should be noted, too, that the size of a female can sometimes play a role in whether or not she’ll allow a young male to mate with her. I usually avoid placing smaller, younger males in with considerably larger females, because gargoyle geckos can become aggressive toward one another. A male’s job is basically to harass the female, so it is uncommon for a breeding male to have a tail at all, let alone his original tail. In my experience, as soon as a male’s regenerated tail is large enough to be easily bitten, it usually is.

Once the geckos are determined to be healthy and of sufficient age and size to be paired up, a male is placed with the females, and they do the rest. You’ve heard the saying “a watched pot never boils”—like the saying, the vast majority of my gargoyle geckos will not mate with me standing there watching, so after I introduce them, I leave them alone and let nature take its course.

Depending on the reproductive cycle of the female, you may see eggs within 30 to 60 days, or it may be several months. It’s not uncommon for new breeders to email me asking why their male gecko won’t breed. Chances are he will breed readily when he and his mate are both ready. Although I rarely witness copulation, I have yet to raise a male gecko that didn’t breed with a female that was physiologically ready to be bred. Do not be alarmed if you hear grumbling, chirps and squeals coming from the cage. They are not indicative of an unreceptive female; in fact, this often indicates breeding behavior. If one gecko is much larger than the other, then you may want to check in on him/her occasionally, but otherwise, try to leave the geckos alone. 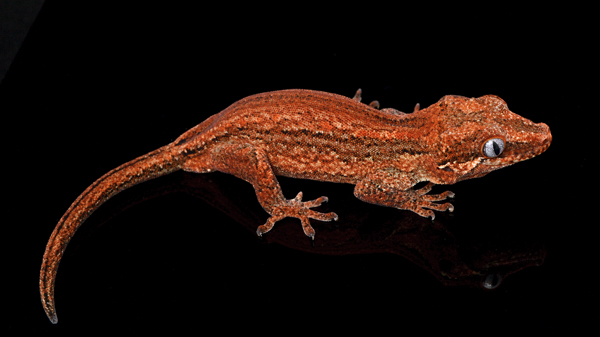 This juvenile striped gargoyle gecko is displaying a rare red base color.

Female gargoyle geckos bury their eggs, usually a pair (one from each ovary), and the hatchling gargoyles emerge from the egg roughly 70 to 90 days after oviposition. Temperature has a direct correlation to incubation time. No supplemental heat is needed for incubation.

I incubate my gargoyle eggs at room temperature, with a bias toward cooler temperatures and a longer incubation period, resulting in larger, faster-growing hatchlings (in fact, I’m planning to build an air-conditioned incubator room, because if I could incubate every egg at 70 degrees, I would).

Hatchlings have a rounded, more normal-looking skull when they emerge. As the skull develops with age, the knobs that give the gecko its name will begin to form.

In addition to the bones that comprise the skull not being fully formed at hatching, it is also common for a healthy gargoyle hatchling to have a slightly underdeveloped tail that appears wavy or kinked for the first few months of life. The bones of the tail, too, will continue to develop throughout adolescence. The bones of the tail are usually fully developed by the time the knobs on the head appear.

Hatchlings can be kept individually in shoebox-sized totes with food and water dishes, a humid hide in the form of a deli cup moistened with New Zealand sphagnum moss, a removable climbing structure in the form of foliage and a hygrometer to measure humidity.

Anthony Caponetto has kept reptiles since the age of 7, when he got his first house gecko. In 2004 he left a career with Gateway computer to breed reptiles full time. Today, Anthony Caponetto Reptiles (acreptiles.com) is home to the largest collection of selectively bred crested geckos in the world, consisting of more than 1,500 breeding adults, along with hundreds of breeding adult gargoyle geckos and ball python morphs.