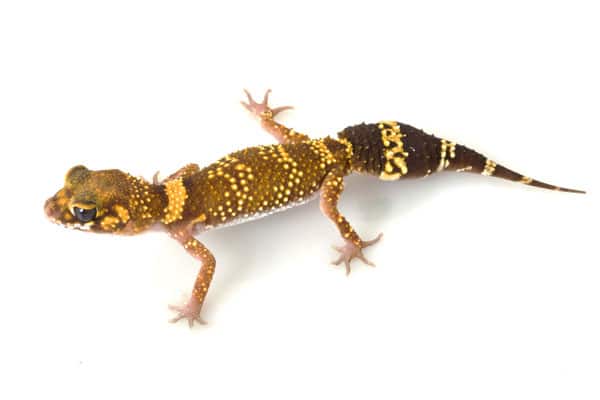 Australian barking geckos (Underwoodisaurus milii), also known as Australian thick-tailed geckos, are not only fun to keep, but they are very prolific breeders when kept under ideal environmental conditions. Females will lay two eggs approximately every 30 days throughout breeding season, which is typically from late January through September in the Northern Hemisphere. 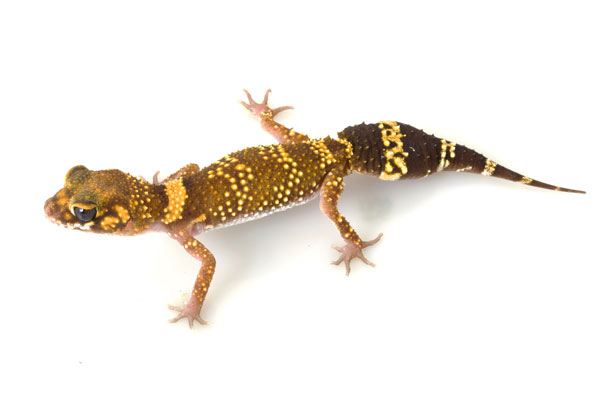 The lively Australian barking gecko can be an easy breeding project if you give it the environment and care it needs.

Males can be quite persistent with ovulating females, and copulation occurs frequently. When the female is receptive to a male, it is not unusual for her to seek him and lay down next to him as she vocalizes quite audibly in a high-pitched call. When the male notices her, he will stand tall with his tail pointing straight up, darting back and forth, and with very little finesse, will grab her by the neck or head, sometimes growling and shaking his head.

Coitus is performed from the side, with the male barking gecko scooting under the female’s lifted tail until their vents are aligned and his hemipenis is inserted into the female’s cloaca.  With the male still holding on to the female’s neck or head, both geckos will audibly vocalize for the duration of the mating, which can last for 30 to 60 minutes! Post-copulation, the male’s hemipenis can take as long as an hour to invert back into his body.

Two eggs will become visible in the female gecko’s abdomen, usually within one to two weeks. After an approximately 30-day gestation, she will not be interested in food and will have a pre-lay shed around 72 hours prior to depositing her eggs. It is important to provide the gravid female with an appropriate place to lay her eggs, such as a plastic container with a hole in the lid large enough for her enter and exit. The egg-laying substrate can be peat moss or potting soil (without fertilizer), which should be kept moist, but not wet, at all times.

It is not unusual for all of the barking geckos in a colony to crowd into the lay box, but this can prove problematic if the laying female becomes too distracted or stressed to deposit her eggs. If this occurs, it may be wise to simply remove the female and her lay box and transfer it to a separate enclosure until the eggs are laid. After laying eggs, females are usually famished and ready to eat.

Australian barking gecko eggs must be incubated at 80 to 83 degrees. Using an air-tight plastic deli cup or similar container, place it on a digital scale and tare (zero-out) the weight. Fill it halfway with fertilizer-free vermiculite or perlite and note the weight. Using a spray bottle, add enough water so the ratio is 0.8 parts to 1.0 part (0.8:1) of the egg incubation medium by weight. For example, if there are 2 ounces of vermiculite, 1.6 ounces of water should be added. During incubation, open the sealed lid of the container weekly for an air exchange.

In approximately 58 to 62 days, small replicas of the parents will emerge from their eggs. Hatchling barking geckos are, overall, approximately 1 1/4 to 1 1/2 inches long and weigh about a gram. They are usually quite calm and may simply walk into your hand as they are removed from the incubation container to go into their habitat. It is advisable to keep hatchlings in smaller containers on damp paper towels until they shed for the first time. After their first shed, they will be ready to eat two to three small, one-fourth-inch crickets or Blaptica dubia roach nymphs dusted with calcium powder every day. Australian barking gecko babies are very slow growers, and they can take up to nine to 10 months to accurately sex.