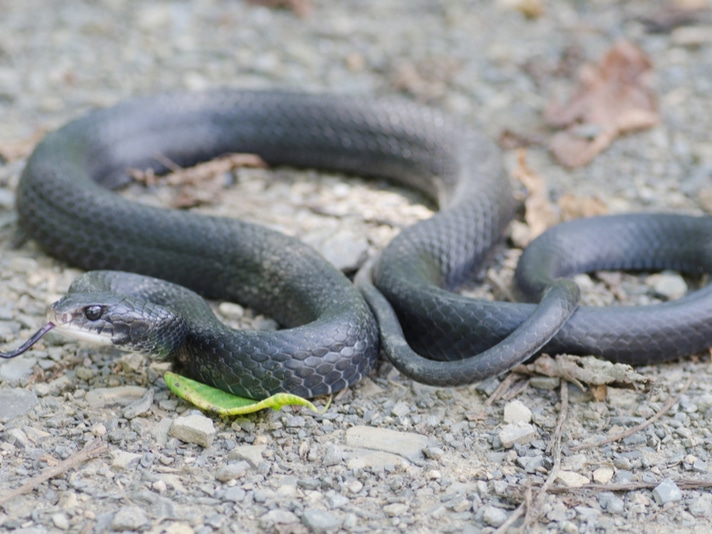 A black rat snake (Pantherophis obsoletus) that ate a ceramic egg in a chicken coop August 11 had the fake egg successfully removed on Tuesday, accord

A black rat snake (Pantherophis obsoletus) that ate a ceramic egg in a chicken coop August 11 had the fake egg successfully removed on Tuesday, according to a story in the  Pittsburgh Tribune-Review. According to the report, the snake got into a chicken coop and ate the ceramic egg, which was placed into the coop to encourage the chickens to nest.

The owner of the coop, Al Filat, told his neighbor that he found the snake with a big lump in it. His neighbor, Alan Hollingsworth, surveys timber rattlesnakes as a volunteer with the Pennsylvania Fish & Boat Commission and took the snake to the Animal Rescue League Shelter and Wildlife Center in Verona, PA, which called veterinarian Robert Wagner to remove the egg. 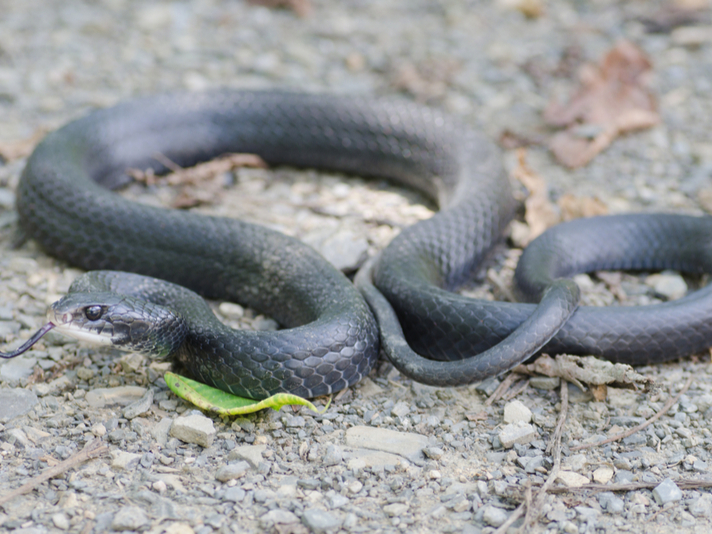 It was pretty wild,” Wagner told the Tribune Review. “That egg was overwhelmingly large considering the size of the snake.”

Wagner also told the paper that the snake was just following its instincts when it swallowed the egg. He also said that it wasn’t the strangest thing he has removed from a snake. The veterinarian once removed a set of 18-inch forceps from a boa constrictor.

The snake is on a regimen of antibiotics, and when the regimen ends, it will be released back into the wild.

Black rat snakes are colubrid snakes that are found throughout much of central North America. It can grow to about six feet in length and are considered the largest snake in Canada. In addition to eggs, the snake feeds on other small reptiles, small rodents, birds, and other snakes.