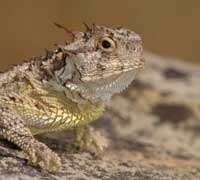 Reptiles have a reputation as being a bit mysterious. When you take into account the entire population of the planet, the vast majority of people probably know next to nothing about them. I’m willing to bet that most of you reading this blog already know more than most people about reptiles and/or amphibians. To some people, the fact that snakes are scaly and slither, and frogs are slippery and hop, is enough to stamp them with a reputation as being on the bizarre side. I’m not one of those people – I consider a slithery snake as acceptable as a cute kitty – but let’s face it, some herps are capable of exhibiting some pretty bizarre behavior. Let’s take a look at a few. 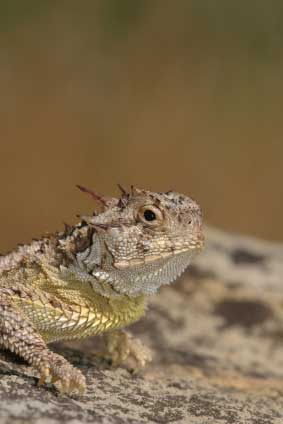 Horned lizards are capable of a truly unique defensive maneuver: they can squirt blood from their eyes.

We’ll start with horned lizards. Granted, these lizards are pretty bizarre-looking lizards – though no Phrynosoma look as weird as their extra-spiky Australian cousin, the moloch (Moloch horridus) – but in addition to their pointy exteriors, horned lizards are capable of a truly unique defensive maneuver: they can squirt blood from their eyes. A horned lizard’s first line of defense is its body color and shape, which aid it greatly in camouflage. If one is rooted out by a predator, then its armored body, especially its horn-encircled head, is its next line of defense. If this doesn’t dissuade further torment, then a determined predator or other pesterer may next be surprised by a thin stream of blood that could suddenly shoot out at it from the horned lizard’s eyes. 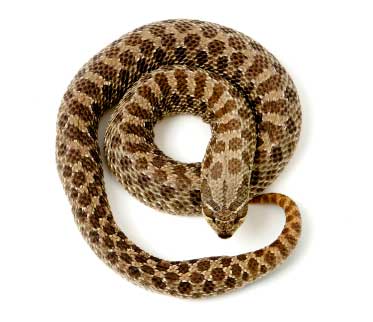 To quote Wade Sherbrooke’s great book, Introduction to Horned Lizards of North America: “Before a horned lizard squirts blood, it arches its back defensively and closes its eyes. The eyelids become swollen, engorged with blood. Suddenly, a very fine stream of blood, the thickness of a horsehair, shoots out from the slightly parted edges of the closed eyelids. The stream can come from one or both eyes and can spray a distance of 6 feet and be directed forward or backward. Each discharge lasts a second and may be repeated numerous times. A series of blood discharges may be reenacted if the animal is again irritated. A considerable amount of blood may be lost by the lizard, but it quickly recovers from the experience with obvious ill effects.” 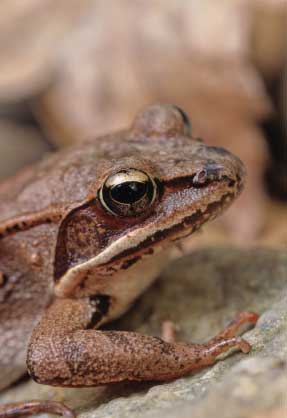 I myself exhibit a behavior similar to the horned lizard’s blood-squirting-eye defense. When I blow my nose, I often blow tears out of the corners of my eyes. I guess this happens because of the same sinus/tear duct connection as described in reference to the horned lizard. I have yet, however, to shoot any blood out of my eyes. I’ve felt close before, especially when stuck in traffic, but so far, no blood.

Next up on the bizarre behavior hit parade is the hognose snake (Heterodon spp., as well as other genera). Hognoses, western hognoses especially, have been growing in popularity in the pet reptile trade over the past several years. It’s not unusual to see them for sale at stores and expos. Playing dead is the weird behavior you might witness in a hognose. It’s most often seen in stressed wild snakes; the specimens bred in captivity or wild specimens that have been living in captivity and that have calmed down are not as prone to play dead. But a wigged-out wild hognose, upon being handled, or even approached, may writhe around and eventually flip itself upside down in order to appear dead. The icing on the cake of its ruse is its tongue, which will actually emerge to hang limply outside of its mouth. A hognose that is playing dead, when flipped over, will repeatedly flip itself right back in order to keep up its deathly appearance. They can be downright adamant about it.

Movement in nature is often a trigger for a predator to hunt and kill, and some predators will lose interest in an animal that is no longer moving. Perhaps you’ve tried feeding a pet snake a frozen/thawed rodent. Ever had to jiggle it to get your snake interested in chowing down? The same sort of principle applies here. A hognose that appears dead with its tongue hanging out will not appear as palatable to certain predators as a living hognose would. Of course, I’m sure many a hognose ended up being devoured even while playing dead, obviously by a predator with zero regard for the snake’s acting chops. Take a look at the video at the bottom of this blog to see a hognose being teased to the point that it plays dead. It’s interesting to see the sequence of events in the video. Upon being prodded by a human finger, it first tries striking repeatedly. When that doesn’t work, it eventually tries to hide its head within its coils. As a last resort, the death feint is utilized, hanging tongue and all.

Another really unique reptile behavior is the gliding ability of lizards of the genus Draco. I won’t bother going into too much detail about them here, because I already wrote a blog devoted entirely to Draco lizards. These lizards have membranes that they can extend from both sides of their bodies in order to glide from tree to tree in their native habitat. They’re like the lizard version of the flying squirrel, using their tails to steer as they glide through the air. A Draco lizard, confronted by a snake or other predator in a tree, will leap out of the tree and glide to another one, sometimes for quite a distance. That, I would say, is one of the top bizarre reptile behaviors!

The behaviors I’ve been describing so far are usually used as defense mechanisms or otherwise to escape danger. Now let’s look at one that is used to procure food: the luring exhibited by the alligator snapping turtle (Macrochelys temminickii). A fish living in waters within the range of the alligator snapper would be wise to be leery of any delectable red worms that are wriggling temptingly nearby. One might turn out to be the lure of an alligator snapper, and the fish, rather than receiving a tasty meal of its own, becomes one instead. The alligator snapper will stretch its huge, jaggy mouth wide open and set the lure to a-wriggling. The bright pink, wormlike wriggler stands out inside the dark cave of the turtle’s gaping maw. It’s not the turtle’s tongue, but a special appendage devoted solely to the capture of fish. They are attracted to the twitching lure and enter the turtle’s mouth, where they are either swallowed whole or crunched up. Dinner is very effectively served!

Not to be outdone when it comes to fascinating behavior is the innocuous little wood frog (Rana sylvatica), so named because it inhabits moist woodlands across North America. It ranges further north than any other reptile or amphibian, even up to the Arctic Circle. That’s interesting, but even more interesting is that the wood frog can be frozen solid, only to reanimate with no ill effects once it warms up. Studies have indicated that a wood frog can survive when up to 75 percent of its body water is frozen, in temperatures as low as 21 degrees Fahrenheit (-6 degrees Celsius) for up to four weeks. Its heart can even stop beating, only to resume when it warms up. The wood frog is used in various cryogenic research, and – who knows? – maybe someday, by studying it, cryogenic scientists will finally crack the nut on how to reanimate frozen human heads, for those who have been inclined to turn in their noggins in the hope that a cure will eventually be found for whatever it was that was ailing them in life. The wood frog is the closest thing to a zombie frog that I can think of (except for the real “zombies” in Haiti, I suppose)! Check out the video at the bottom of this blog for a report on the freezing capabilities of the wood frog. It includes a cool time-lapse segment of a frozen wood frog thawing and returning to life.

The five herps I’ve discussed here offer an idea of how truly remarkable the world of reptiles and amphibians is. Sure, herp enthusiasts think they are cool (I know the wood frog is – HA!), but when you learn about behaviors such as those described here, you really begin to marvel at the wonders of the reptilian (and amphibian) realm. Pending continuing research into their universe, I’m sure many surprises await discovery. In some cases, humankind may even benefit. Reptiles are used for a variety of medical research, from the aforementioned cryogenic capacity of the wood frog to diabetes research using Gila monsters. Makes you want to treat your herps with a little more respect, doesn’t it? Reptiles and amphibians – they deserve our awe!