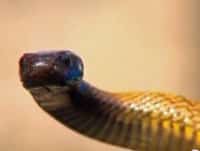 Oxyuranus microlepidotus venom is considered the most deadly by median lethal dose value.

A 17-year-old Australian boy was bitten by an inland taipan snake (Oxyuranus microlepidotus), September 26 in Kurri Kurri, a town that is more than 621 miles from the venomous snake's natural habitat. The boy was transferred from the local hospital to a hospital in Newcastle where he remains in serious condition, according to the Sydney Morning Herald. 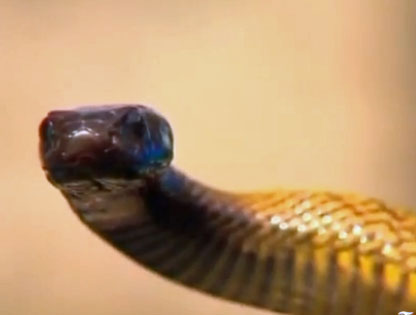 The inland taipan, considered one of the most venomous snakes based on the median lethal dose value in mice, is native to western NSW, south eastern Australia and the Northern Territory. It is said that a single drop of the snake's venom can kill 45 adult men or 250,000 mice. In spite of this, no humans have been recorded to have died from this snake's bite. Julie Mendezona, Australian Reptile Park's head keeper of reptiles and spiders told the paper that the venom acts quickly in shutting down the signals going to the brain, vital organs, and muscles. The inland taipan is also called the fierce snake as well as the small scaled snake. It grows to about 8 feet in length and feeds on rodents and small marsupials in its native habitat.

The snake is now at a local reptile rescue.