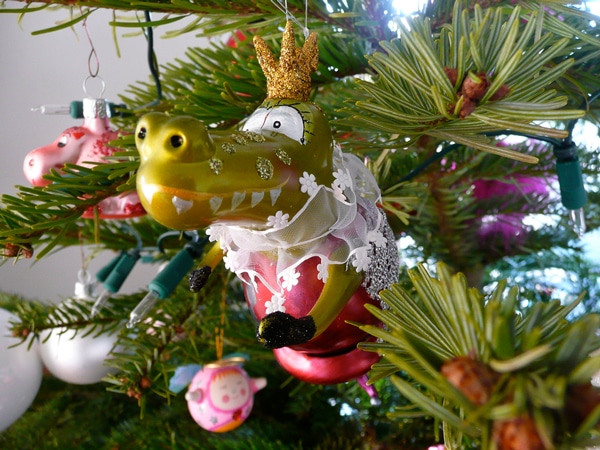 Years ago, I always liked to take the emergency shift during holidays so that my associate doctors could spend time with their families. At the time m

Years ago, I always liked to take the emergency shift during holidays so that my associate doctors could spend time with their families. At the time my wife was an ER nurse in a human trauma center, and being junior on the seniority scale, she always seemed to draw the short straw during the holidays. So, rather than stay home alone, I always volunteered to take the overnights at my veterinary hospital. 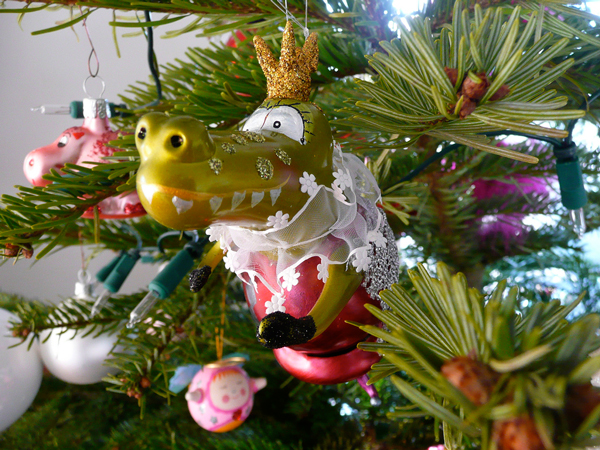 I had the best seat in the house and was the first to see what Toothifer had eaten, and a huge smile lit up my face as I pulled out a small, but potentially deadly, plastic Santa ornament!

One particular Christmas Eve was oddly busy. We had the usual dogs eating chocolate, cats eating tinsel, a snake that was burned by a heat lamp and even a hamster that had gotten stuck inside a Christmas stocking. By shift’s end come Christmas morning, I was exhausted. Wok, my Chow Chow, was happily wagging his curly tail when I made it through the front door. I brought home some treats for him as a Christmas gift, and he was thrilled. Of course, Wok would have been thrilled if it had been a Tuesday morning as long as I had treats, never mind that it was a holiday.

My wife had gotten home before me and was already in bed after her long shift, but even though I was dead tired, my mind was not ready for my head to hit the pillow. I sat on the floor across from the fireplace and threw a new log on, watching the flames dance and listening to the oak crackle and pop while enjoying the aroma and spending a few minutes with my furry friend before hitting the sack.

Just as I began thinking about going to bed, the phone rang. The stark contrast of it and the relaxing sounds of the fireplace startled both Wok and me. We jumped, and I tried to grab the phone before the ringing would wake up my sleeping beauty. It was work calling about one of my “special” clients.

This particular account was a fancy, high-end hotel. There was a problem with an alligator that was kept with others in an outdoor pond on the grounds. The keeper had brought some special fish for all the gators as a Christmas present, and while feeding them he noticed that one gator seemed bloated and was refusing to eat. I told him that it was not uncommon for alligators to go off feed at that time of year, and to call me in a couple of days if it had not resumed eating by then. I was dead tired and ready to get some sleep.

The keeper was persistent. He told me that he was sure there was something seriously wrong because the gator in question was one of his best eaters, and the special herring fish were the gator’s favorite, and it never turned down a herring. Could I please come check on it? Please?
I looked at Wok to see if he wanted to go for a ride. He didn’t need an excuse to want to spend time with me. His tail was in high gear.

We arrived at the resort, which was all a-buzz with holiday cheer. Christmas music was playing, there were decorations everywhere, and the bellmen were all dressed as Santa’s elves. Candy canes lined the walkway to the gator pond and colorful ornaments festooned the tree limbs overhanging the enclosure, where alligators of various sizes were basking under some heat lamps above an artificial beach. An attractive young woman dressed in a sexy Santa’s helper outfit was holding a 3-foot-long gator wearing a Santa hat. Its mouth was taped shut as guests were having their photos taken with it.

“Watch this!” the keeper exclaimed as soon as I arrived, and he tossed a herring to “Toothifer,” the gator I had come to see. There was no I’m glad you’re here, thanks for coming, Merry Christmas or Happy Hanukkah or anything—just “Watch this!”
My 5-foot-long, prehistoric patient barely gave notice to the herring when it plopped into the water next to his elongated snout. I had to admit, the gator looked like some early morning frat boy that had been out partying hard all night. Its eyes were droopy and bloodshot, with a long face (pun somewhat intended) and a bloated belly.

“OK, let’s take a look,” I said. I had Wok sit by the edge of the pond while I took off my shoes and rolled up my jeans. When the keeper and I walked into the enclosure most of the gators scurried away, off the sand and into the pond, where they swam to the opposite end.
By now we had attracted a crowd. Santa’s Helper Girl and a couple of dozen guests had gathered around to see what we were doing in with the gators. Wok stood guard over my medical kit while cameras flashed and videos were recorded.

Gators always get me excited, but, as I said, I was tired. I could tell I was not on my game. I cautiously approached Toothifer, watching his behavior, studying his eyes, even noting the response in his pupils as I got closer. Then everything told me it was the right time to grab him. As I reached for the back of his head, the safest place to restrain an alligator, Toothifer suddenly sprung alive and snapped at my face. I fended off the attack with my right hand and lunged forward, pinning the writhing gator down with the weight of my body. Christmas-red blood from my hand spewed all over the green alligator. How festive!

The thrashing and blood excited the other gators and they all immediately started swimming back over to check out the commotion. Even Wok started barking. Finally, the keeper and I pulled Toothifer up onto the bank so I could give him an exam. I wrapped some gauze around my hand and kept on working. The animal was clearly in distress.

Even with my hand throbbing I was able to feel something in Toothifer’s stomach. After sedating him, and placing a very secure bite block in the gator’s jaws, I was able to reach down into its stomach with my good hand. There was an object in there—hard, about 6 inches long and with an elongated, irregular feel. I had no clue what it was.

The crowd was completely silent, watching intently as this holiday drama unfolded before them. I am sure that many a tourist would have a great story to tell when they returned home. Even Wok was staring silently as I slowly withdrew my arm from the gator’s gullet.
I had the best seat in the house and was the first to see what Toothifer had eaten, and a huge smile lit up my face as I pulled out a small, but potentially deadly, plastic Santa ornament!