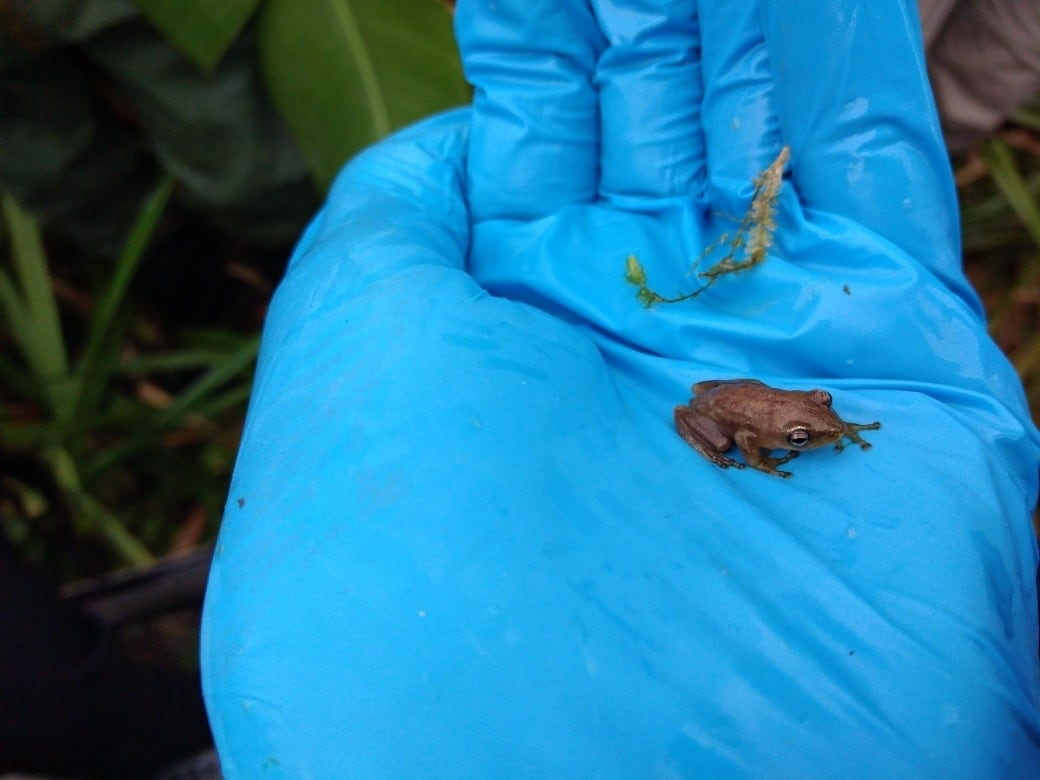 Approximately 50 of 400 Pickersgill’s reed frogs were released into South Africa’s Buffeldraai, KwaZulu-Natal earlier this week. The release, which wa

Approximately 50 of 400 Pickersgill’s reed frogs were released into South Africa’s Buffeldraai, KwaZulu-Natal earlier this week. The release, which was a joint partnership with Ezemvelo KZN Wildlife, The Endangered Wildlife Trust and the South African Biodiversity Institute, was the largest known release of this species in the country.

“The more biodiversity you have, the better the environment functions and subsequently provides its services. Wetlands are good for storing water and contribute to a great quality of water which has major benefits including in Agriculture. But for them to be fully functional, we need to have all the pieces of the puzzle functioning together and that is the role that the Pickersgill’s reed frogs will play,” Dr. Errol Douwes, senior manager for the Restoration Ecology Branch under the eThekwini Municipality’s Environmental Planning and Climate Protection Department, told News24.com.

The Pickersgill’s reed frog, also known as the Avoca reed frog, is listed as Endangered by the IUCN. It is a small frog, with males measuring about 0.9 inches (22mm) in length and females reaching about 1.2-inches (30 mm) in length, snout-to-vent. The amphibian has two color phases, with juveniles and males light to dark brown in coloration with a dark, white to silver stripe that starts at the snout and passes through the eyes and into the groin area. Females tend to be green in coloration.