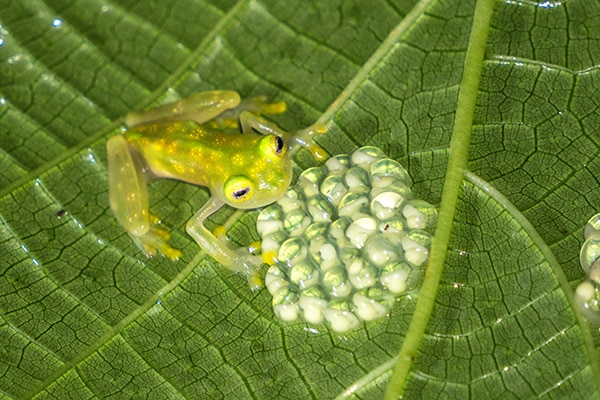 Home to around 139 species of snakes and nearly as many species of frogs and toads, Costa Rica is an incredible and popular destination for herping en

Home to around 139 species of snakes and nearly as many species of frogs and toads, Costa Rica is an incredible and popular destination for herping enthusiasts. More than a quarter of the country's land has been designated protected national parks and reserves helping to keep wild populations of animals healthier and more diverse than anywhere else in Central America.

I traveled the country for the entire month of October 2014 and had decided beforehand that I'd spend a significant amount of time in search of it's most beautiful frogs and snakes. With no scientific background and nearly zero experience with herping in the wild, I knew I'd need to enlist the help of experienced guides, which is surprisingly hard to find when it comes to snakes. It's estimated there are an average of two venomous snakes for every hectare of land in Costa Rica, but if you don't know where to look for them they're not so easy to find.

Immediately after arriving in the country I headed straight for one of Costa Rica's most diverse and untamed parks – Corcovado National Park. Enlisting the services Osa Travel Expeditions I spent an entire day hiking the park near Carate. We'd decided to spend the day doing general wildlife viewing and reserve the night for more targeted herping of snakes. Unfortunately when the sun set we were cursed with heavy thunderstorms lasting well into the night. Our day wasn't wasted however, spotting and photographing many notable and endemic species. 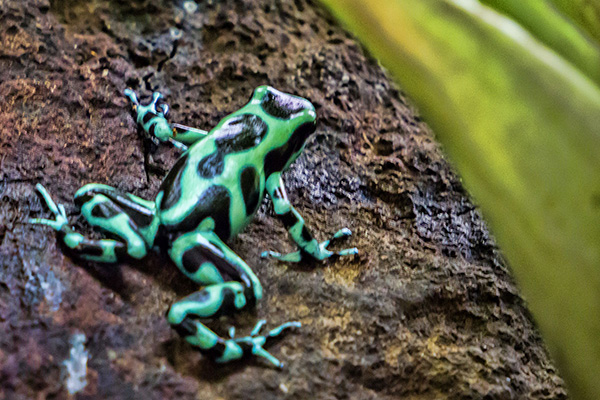 Trying my luck again, this time outside the park at a location near Rio Nuevo. My guide's night tour was actually named the “Fer De Lance” tour, giving me high hopes we'd be spotting some venomous snakes. While this guide was great at locating frogs, he walked right by three snakes that I spotted, and falsely identified two of them. Turns out he wasn't such a great snake guide after-all. But I did leave happy after seeing three new snake species in the night, among other frogs and insects.

After meeting a friend arriving in San Jose we were to hopefully avoid the rain and catch some sun on the Caribbean coast. Failing to secure any specialized herping guides I was left to the mercy of the normal wildlife guides while visiting the next two parks and reserves. 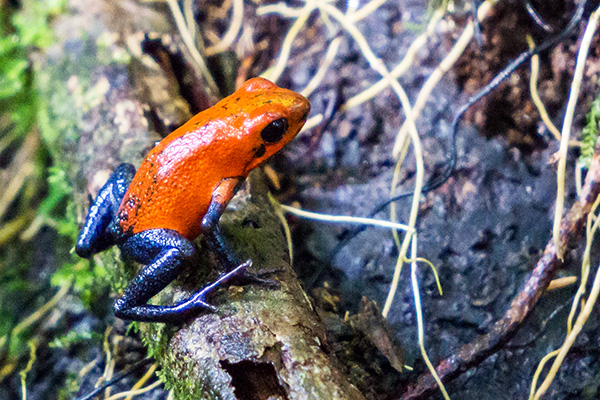 My hotel (La Kukula Lodge) near Puerto Viejo was home to nightly croaks of red-eyed tree frogs steps from the door. The first night I counted more than a dozen of them within 30 minutes; along with three hourglass tree frogs.

Hugging the coastline is Cahuita National Park, a beautiful and popular beach destination for the locals. It's also famous for sightings of the yellow eyelash viper (Bothriechis schlegelii), what I consider to be one of the most beautiful snakes in the country. After an hour of slow searching I again spotted the prize before my guide – a bright yellow eyelash viper hanging out on a low tree branch.

Further out of town and more wild than Cahuita is Manzanillo National Wildlife Refuge. A well-worn trail would've made for easy solo hiking but with my friend in for a short time we opted for the standard guide. Among the sloths and monkeys we spotted loads of frogs and another yellow eyelash viper.

Manuel Antonio and the surrounding areas is where I spent the majority of my time doing specialized herping. Enlisting the help of Brian Jimenez from Costa Rica Individual I had many unforgettable night hikes in the nearby forests including locations near Quepos, inside the Rainmaker Park Preserve and Dominical. Each night I gave him a different target and he hit the mark every time – Fer de lances, eyelash vipers, glass frogs, and many other species were found with Brian's expert help. I simply can't recommend him enough. 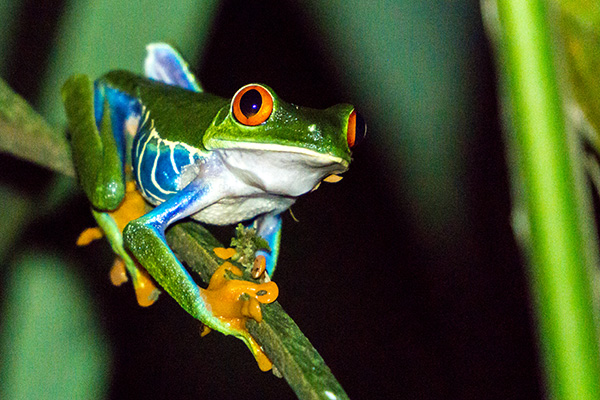 American scientist Brian Kubicki runs a small patch of highly diverse forest and has dedicated his life to research and conservation of Costa Rica's native amphibians. Due to his busy schedule I only had a single day and night to spend here. Within minutes of heading out on his trails alone I came one footstep away from walking directly onto a Fer De Lance. Thankfully it darted out of the way because I would never have saw it until it was too late! When night fell Brian took me out for a few hours and showed me the artificial habitat set up for his rescued lemur Leaf frogs which are considered critically endangered. Along the way we spotted more than a dozen and a half different frog species. Really wish I'd had more time here. This is THE place to visit for amphibian lovers and Brian is a wealth of knowledge. 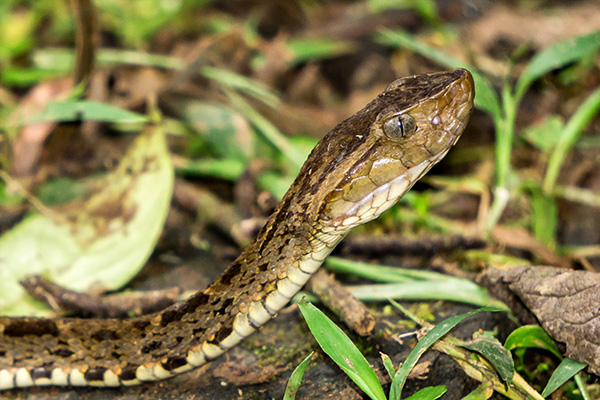 Outside the small town of Puerto Viejo De Sarapiqui in the northeastern part of the country far from the eyes of casual tourists is the La Selva Research Station. The station is home to researchers and university students studying the primary rainforest. The guides here are mostly into birdwatching and know little about searching for snakes and frogs. There are long paved trails leading through the forest and less maintained dirt trails. Daytime solo hiking produced a lot of wildlife but not much in the way of herps besides the strawberry dart frogs which are numerous, and a parrot snake. Fortunately I met a student doing research on glass frogs who agreed to take me out at night. After much off-the-trail hiking through muddy hills and being eaten alive in a creek we found several glass frogs. 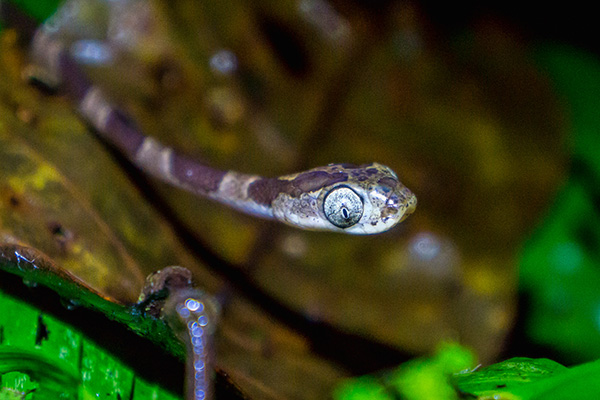 James Kelley has a passion for wildlife and nature. Follow his travels through Southern Mexico & Central America on his travel blog EscapingAbroad.com. Read more of his wild field herping here.