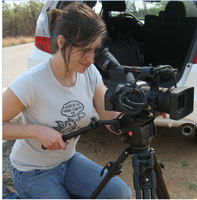 Filmmaker Stefanie Leland in 2009 set out on a journey to find out the status of horned lizards.

Cape Coral Florida Police Frees Nile Monitor Lizard And Gets Taken To Task By Some On Social Media
The Texas Spot-Tailed Earless Lizard Next On Endangered Species List?
Emoia Obscura

Filmmaker Stefanie Leland grew up in Oklahoma collecting all sorts of critters, as most children did virtually everywhere. One of those critters was the Texas horned lizard (Phrynosoma cornutum), a once abundant reptile that looks like a miniature dinosaur with an armored body and horns protecting its head. 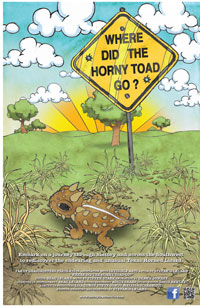 ReptileChannel: There haven’t been too many documentaries on reptiles over the years. How did you come about with the idea of focusing on the Texas horned lizard?
Stefanie Leland: I was in film school at Oklahoma City Community College at the time and I had stopped by my husband’s editing office to visit. His office mates and I were conversing about various topics and the subject of horny toads or horned lizards came up. Everyone said that it had been years since they had seen them and then I replied, “I’m going to make a documentary to find out what happened to the horned lizard. This was in March of 2009 and we completed the film this Spring. 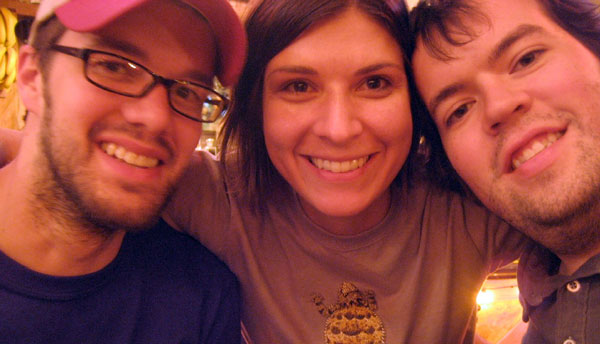 ReptileChannel: How many interviews did you conduct for the movie and who were your subjects?
Stefanie Leland: We conducted over two dozen interviews all over the Southwestern United States. We traveled to locations in Oklahoma, Texas, Arizona and New Mexico. Our interview subjects during this time ranged from biologists and researchers to artists and every day citizens.

ReptileChannel: What are some of the places you traveled to get the story and the shots?
Stefanie Leland: We visited Matagorda Island off of the coast of Texas where we were able to meet with a lot of members from the Horned Lizard Conservation Society and assist in a study on horned lizards. We also went to Eastland, TX to get interviews about the famous horned lizard, Old Rip, who lived in the courthouse cornerstone for 31 years. We visited a few biologists at the Southwestern Research Station in Portal, AZ to discuss their research and shoot additional b-roll of horned lizards. This is where we met up with horned lizard researcher Wade C. Sherbrooke, Ph.D. Wade has been studying horned lizards for almost 40 years and is by far the most knowledgeable researcher on horned lizards. Wade was very helpful in educating us on horned lizard defense mechanisms, which is his main focus.

ReptileChannel: Was it difficult to locate Texas horned lizards that you used in the film?
Stefanie Leland: Finding Texas horned lizards can be difficult. You really have to go out into rural areas that haven’t experienced as much human development and landscape alterations as the bigger cities have. Some of the biologists that we contacted for interviews also assisted us in finding horned lizards for the purpose of filming.

ReptileChannel: Is there a general consensus as to why the Texas horned lizard is not as abundant in its range compared to when you were growing up?
Stefanie Leland: Most of the scientist that we spoke to say that there is a multitude of reasons for their decline. These reasons range from human development and alteration of the landscape to pesticide use and pet trade. Everyday citizens generally tell me that it was due to the imported fire ant, but biologist believe that horned lizards were already experiencing population declines well before the fire ants took hold.

ReptileChannel: When did the folks you interviewed notice a decline in the lizard? Is there a specific decade that a decline was noticed?
Stefanie Leland: Horned lizard populations declined in different areas at different times. Lee Ann Linam, with the Texas Parks and Wildlife Department said that, “In 1967 the Texas Legislature protected horned lizard because they knew that horned lizards don’t do well in captivity and then in 1977 they were put on the Threatened and Endangered Species list in Texas.” According to Mark Howery, biologist with the Oklahoma Department of Wildlife Conservation, “The range of horned lizards from past to present in Oklahoma has contracted quite a bit in the past 50 years and that horned lizards used to occur across the western 4/5ths of Oklahoma and now they only occur in  western half of Oklahoma.” Howery believes that a loss of habitat was one of the primary reasons for their decline in these areas.

For more information on the film, visit www.hornytoadmovie.com 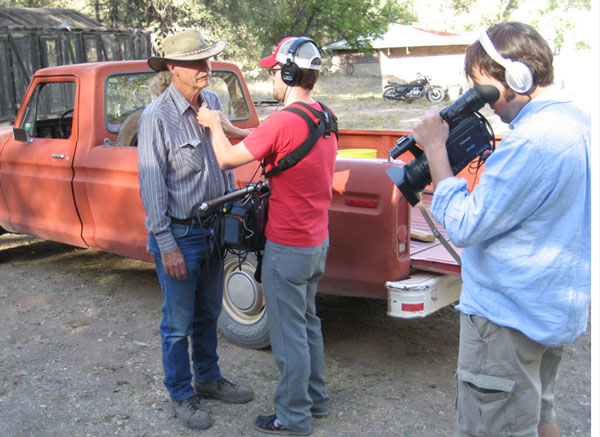 The crew conducting a mic check on location