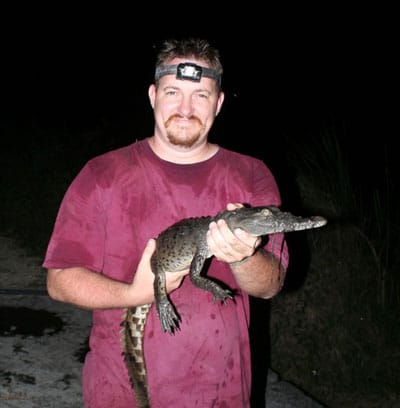 Up A Crocodile-Riddled Creek In Costa Rica

When last we met, our three heroes were headed down a crocodile-riddled canal in Costa Rica in the middle of the night in a dingy with no paddle, much less a motor.

The word crepuscular had always been one of my favorites. It refers to animals that are most active at dawn and dusk. The crepuscular wildlife of the canal consisted of swarms of insects. I personally believe these creatures spent most of their life cycle in a pond of Jolt Cola, bath salts, and steroids. They chewed through mosquito netting like it was a Snickers wrapper and lapped up DEET like college freshmen at a jello-shot convention. The best thing about the bugs is when you squished eight or ten of them on your face (because you couldn’t just kill one at a time) they emitted a wonderful, blistering acid solution. 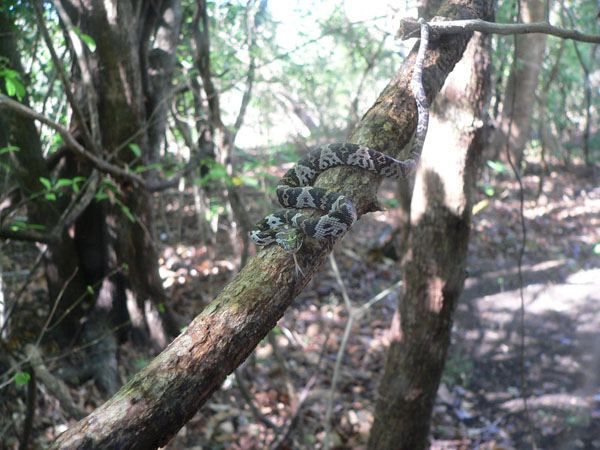 Luckily, we were mostly too excited to be chasing the wild crocodiles to be overly concerned with the insects. We caught dozens of hatchlings and a few larger, but nothing over two meters. Chris and Mike dug up a couple of nests (the focus of Chris’s research on this trip) to find the eggs had already hatched. My job was to stand on the other side of the canal and yell if I saw mama coming for them. I might have just been bait. Thankfully, she never attacked, even when we had handfuls of babies pulled from the reeds, yipping for her.  Though we did see several large crocs (over three meters) in the canal, we never got our hands on them. 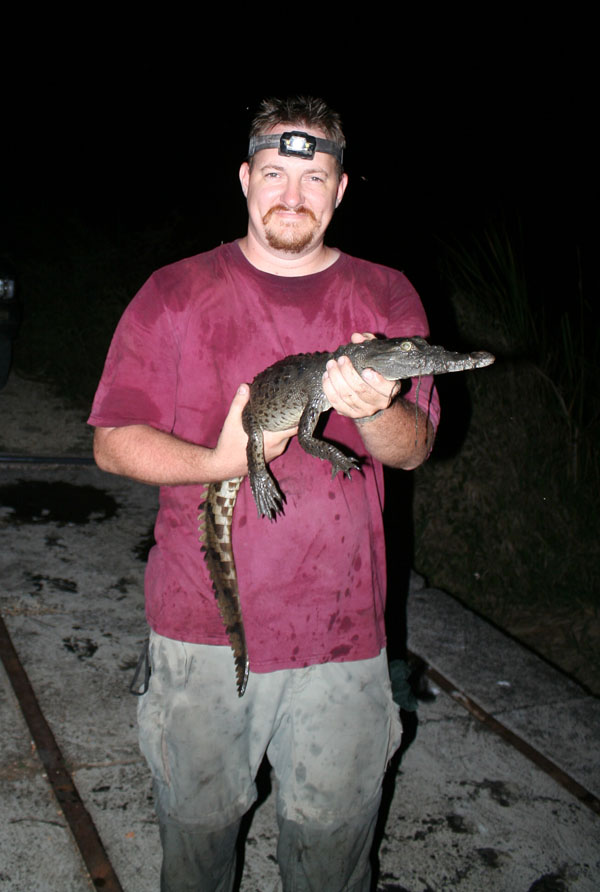 The author with a Costa Rican crocodile.

I continued with my attempt at being helpful. Eventually, the guys left me straddling a one-and-a-half meter croc with no tape for its mouth or any other way to restrain it. They wanted to take some measurements but saw another one close by. So they went in pursuit before it escaped, leaving me to hold the little guy. It didn’t seem like a problem until the swarm came and both my hands were wrapped around the crocodile maw. If anyone could see through the cloud of insects it would have been quite a vision. I looked like a victim of Tourettes being electrocuted while dry-humping an angry log. Sometime during my blister-acid induced freak-out I referred to the canal as the ‘Devil’s Butthole.’ I’m proud to say the term stuck and the locals still use the name. I really enjoy being able to give back to the community like that.

We went as far as we could go with the meager tools we possessed and had to get back upstream with no paddle. This is when I became my most useful of the trip. I hopped out onto the bank and pulled the boat with the rope attached to the bow. It worked as long as another person in the boat pushed the front away from the bank with a stick. The action prevented getting stuck in the razor shrubs I had to walk through. It was fine, though. The sharp plants ripped away any and all swollen, itchy skin left by the bugs.

A few hours of expletive-riddled pulling got us back to the tie-up point. It happened to be about 20 meters from a spot where we eye-shined a huge croc. Its eyes glowed red from the reflection of our flashlights before it disappeared into the inky water. They were about 20 centimeters apart, making the overall size somewhere around three meters. It’s all very technical and I don’t want to get into the ratios of eye-width to body-length, at least that’s what Chris said. Regardless, the thing was a monster, and we were about to swim through its living room.

Chris found a suitable spot to cross by poking at the bottom with a stick to see if it would move, take the stick, or was so big it wouldn’t notice being poked. In my mind, we found that spot. The black water lazily flowed at the bottom of a very steep bank. Images of African Nile crocs bobbing for zebras ran through my head. I had been worrying about it not-so-secretly all night. It was time to swim across the Devil’s Butthole! 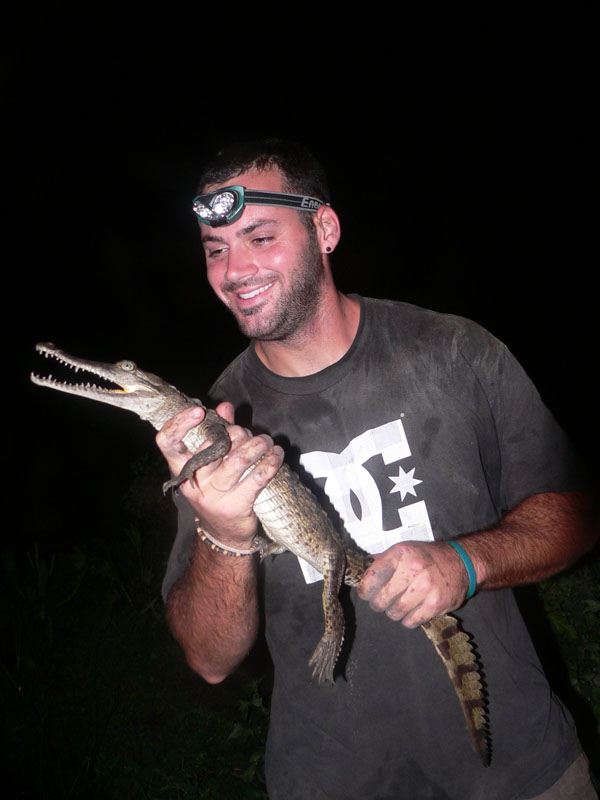 Mike Easter with one of the juvenile crocodiles.

Chris went in first, prodding and poking his way to the middle. He stopped to grab equipment and ferry it to the other side. I handed him a bucket and told Mike I would help him with a tackle box. The second my foot touched the water a jolt of adrenaline surged and I was on the other side. I had forgotten about the gear and might possibly have used Chris as a ladder. The two of them stared at me, open mouthed and amazed by my sudden burst of speed. Chris was still standing in the middle of the canal up to his armpits and soaked from my wake. Mike still held the box out as if to hand it to me, but I was gone. 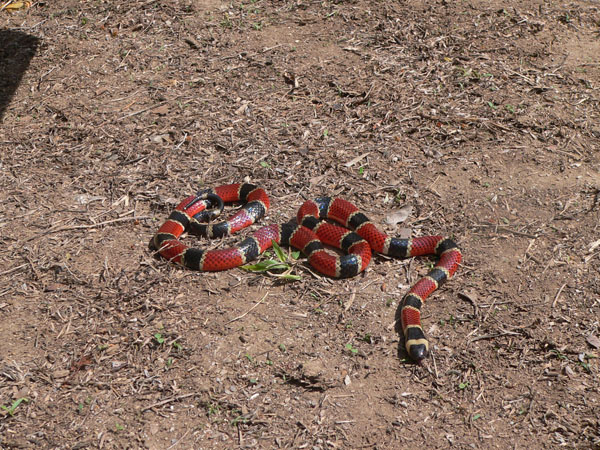 We returned to camp to discover a meeting of herpetological giants. They were determining the threat levels of individual species throughout Central America. Most of the meetings were held inside. Few of the biologists had chances to get out and explore like they had all their lives. So whenever we came in from the field we were greeted with stories and alcohol. It turned out to be a great combination. Who knew getting sloshed and swapping stories with your idols of nerditude would be so much fun? They taught us all kinds of stuff, like the number of times to poke a coral snake in the face before it will pose for you, and how to get bitten by a sea-snake.

I really did have the adventure I desperately needed, learned a lot, made some great contacts, and was somewhat useful if only by being a mule. My speedy canal crossing continued every night and morning for another nine trips. Each outing had its perils and victories, including several rounds of rock, paper, nut-tap (look it up but don’t try it), learning new swear words in Spanish, and how to MacGyver anything into a paddle.

The following is a list of the animals we encountered while in and around the Devil’s Butthole.

Humans (but not in the canal, no one else was that brave/stupid)

Coatimundi (raccoons in need of a nose job) 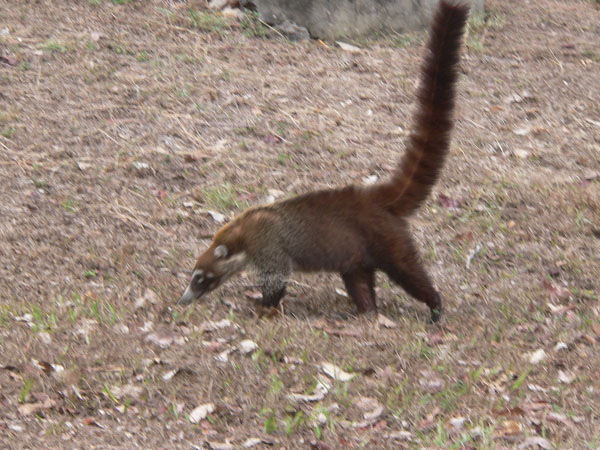 Crab eating raccoons (didn’t know there was a difference)

Oxybelis aeneus  (Vine Snake and personal favorite of the trip) 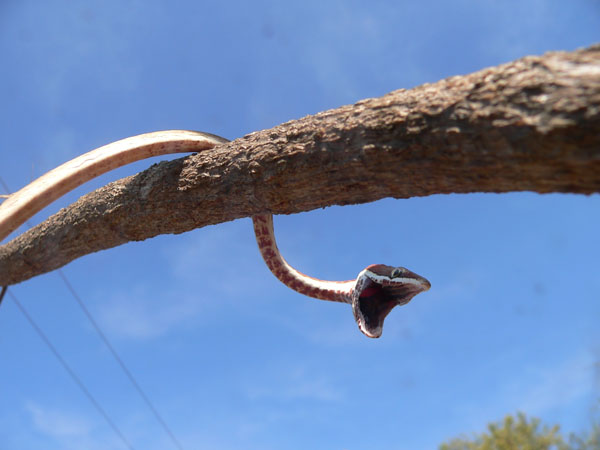 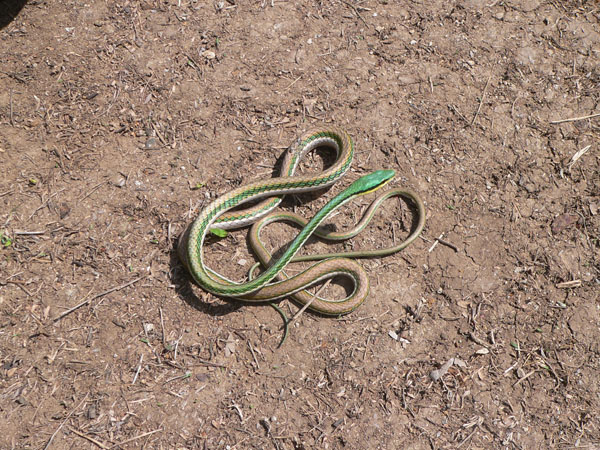 Sibon anthrocops (2 in the same bush!)

Micrurus nigrocenctus (found by someone else)

Pelamis platurus (Sea Snakes also found by someone else)

Michael P. Wines is an author, woodworker, and herpetologist focusing on Eastern Indigo Snakes (Drymarchon couperi). He is about to start a career as a keeper at the Turtle Back Zoo in West Orange, New Jersey. If you enjoy his writing, his first kid’s novel, Stupid Alabama, was published by Ardent Writer Press and he desperately wants you to buy it. It can be found on Amazon.com.