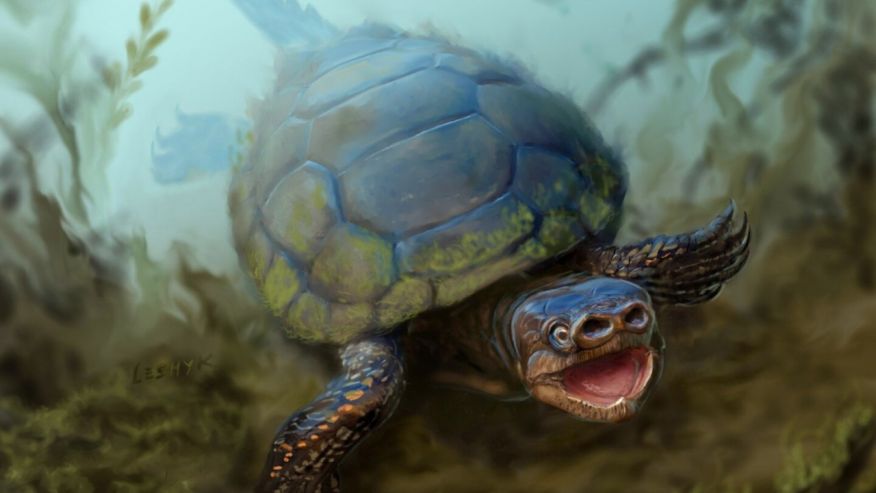 This Prehistoric Turtle Had A Nose Only A Mother Could Love

Arvinachelys goldeni, or Miss Piggy was discovered in southern Utah.

Researchers have discovered and described a new species of prehistoric turtle that sports a nose that only a mother could love. The 76 million-year-old reptile, Arvinachelys goldeni, or Miss Piggy as described by graduate student Josh Lively of the University of Texas at Austin , had a pig-like snout with two massive nostrils covering most of its nose. Lively studied the turtle for his master’s thesis at the university.

Arvinachelys goldeni was found in southern Utah, a haven for fossil hunters, and was a freshwater turtle that was about two feet in length. Researchers found a complete shell, skeleton, and skull which was scanned with 3D technology to get a better view of how the turtle looked 76 million years ago. Its habitat during the Cretaceous Period was hot and wet, and probably lived in rivers and bayous in what is now the Grand Staircase-Escalante National Monument in southern Utah.

The complete paper can be read online at the Journal of Vertebrate Paleontology.