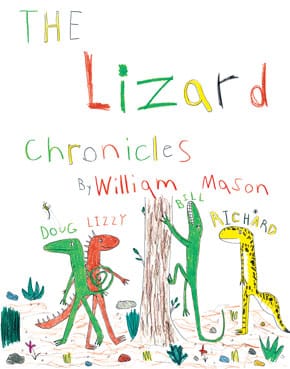 William Mason of Albuquerque, N.M., shared his cartoon strip, “The Lizard Chronicles.” Most of the main lizard characters are named after frequent REPTILES contributors. “Bill and Doug are green anoles,” William wrote. “Bill is named after me and Bill Love. Doug is named after Douglas Mader. Next is Richard, who as you probably could have guessed is a leopard gecko. He is named after Dick Bartlett. Last is the tuatara, who is rather unusually named Lizzy.” Here’s one of William’s comic strips.