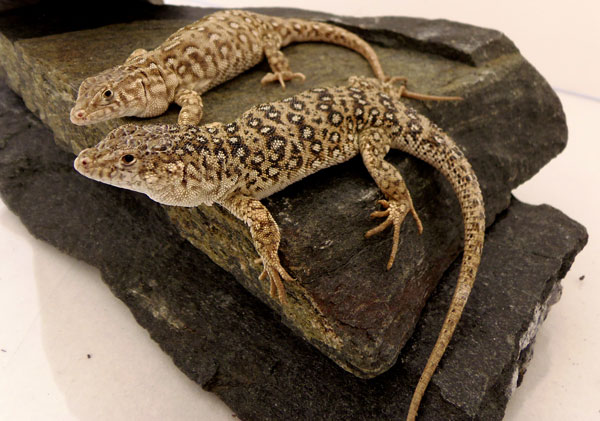 The steppe runner lizard makes an excellent pet lizard for reptile keepers from beginner to advanced. It tolerates handling well, especially for a small lizard species, which often tend to be skittish. While most small lizards are extremely shy and elusive, steppe runners will readily eat directly from your hand, and these personable little lizards will often curl up in your palm to take advantage of the warmth.

As of this writing (April 2012), the steppe runner lizard is new to the reptile industry. The species, however, has so far been breeding well in captivity, and captive-born steppe runner lizards are available as well as imported lizards. Captive-born babies are available all year. These have less health concerns, but even imported adults have been very hardy. Healthy lizards will be active with fully open eyes, and they will be curious about their surroundings. When you’re examining a potential pet steppe runner lizard, check for open ear canals, absence of retained shed skin on toes, and observe the overall appearance of the lizard.
Steppe runners are fairly inexpensive lizards, costing between $30 and $50. As captive-breeding efforts continue, more expensive color and pattern morphs are likely to emerge. The steppe runner’s normal body color does vary, and some steppe runner lizards are much lighter than others, and some are especially dark. Some exhibit markings with greater contrast. 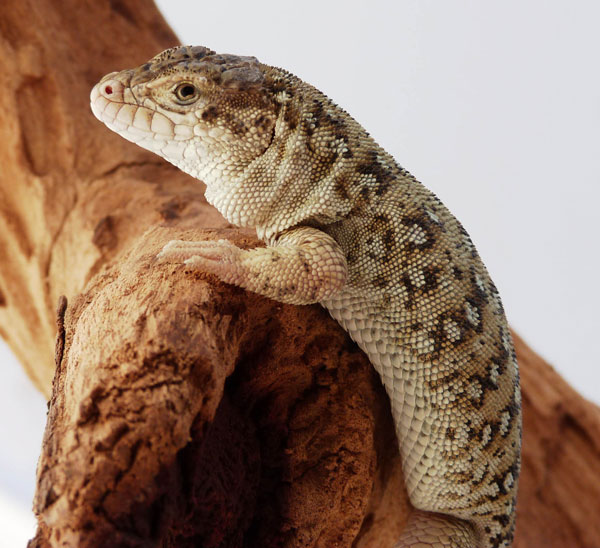 The steppe runner lizard attains an adult length of 6 inches. Babies exit the egg at just over 2 inches. They are very slim as babies, but do fill out nicely.

The steppe runner lizard is new to the reptile community, so its average life span is not known. These lizards could likely live up to 10 years in captivity.

Baby steppe runners can be housed in specialty reptile terrariums or 10-gallon aquariums with full screen tops. An enclosure with floor dimensions of 10 inches by 20 inches is large enough for an adult, although it’s always a good idea to provide as much room as possible. Steppe runners are terrestrial and prefer floor space over climbing area. Tiered rocks are their preferred hiding and basking areas. When stacking rocks, be sure they are secure and cannot fall onto your steppe runner. Small groups of steppe runners can be housed in larger enclosures. Provide many hiding and basking areas to avoid territorial disputes. It is best to keep only one male steppe runner per enclosure when females are present. 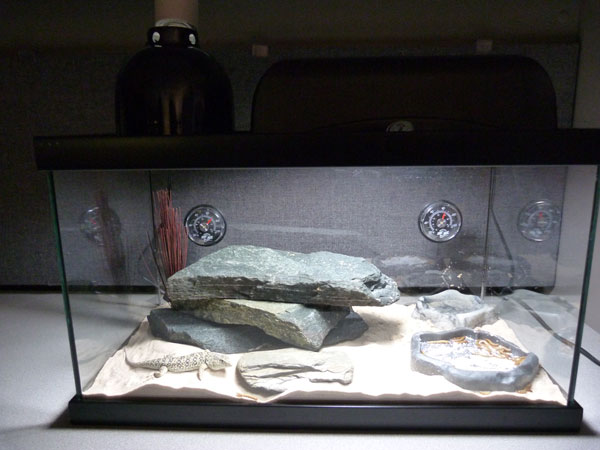 A steppe runner enclosure should include a temperature gradient with a hot end and a cooler end. Use thermometers at both ends to keep track of temps.

Reptiles control their body temperature through thermoregulation, so your steppe runner enclosure must have a warm side and a cooler side. Heating elements should be placed at one end of the enclosure, which will allow your steppe runner lizard to cool down if it gets too warm by moving to the cooler end (and vice versa if it gets too cold). To monitor temperatures, a thermometer at each end of the enclosure is recommended.

The cooler end of a steppe runner enclosure should have an ambient temperature between 78 and 82 degrees Fahrenheit. The warm end should feature a basking area of 100 degrees, accomplished using an overhead incandescent basking light or heat emitter. These should be turned off at night. The cooler end of the enclosure can drop to 70 degrees at night, and under-tank heating or infrared heating devices can be used to maintain 75 to 80 degrees on the warm end at night when the daytime heating elements are turned off.

Steppe runner lizards are diurnal, and UVB lighting should be provided eight to 12 hours each day. Mercury vapor UVB bulbs can be used to provide a concentrated basking area, as they will provide both heat and UVB. If compact fluorescent UVB lighting is used be sure the UVB and basking source occur in the same area. Otherwise, a standard overhead UVB fluorescent tube can be placed over the entire enclosure. Again, be sure the top of the enclosure is screened, and not glass, because glass filters out UVB. Any UVB bulb will also provide UVA, which is beneficial for feeding, mating and overall wellness. 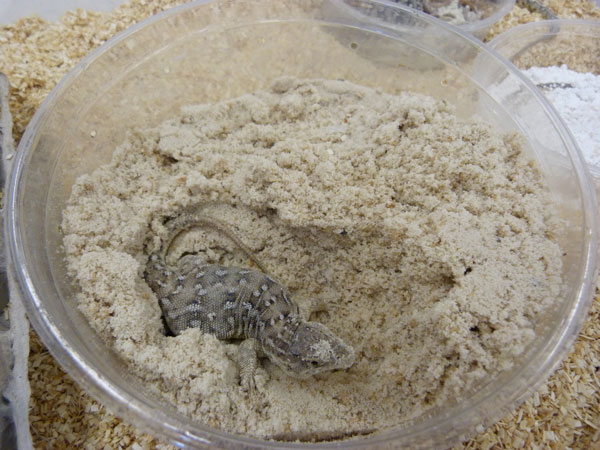 Aspen (shredded, compressed or shaved), recycled paper substrates and reptile sand can all be used as substrates for steppe runner lizards. Spot clean the substrate as necessary, and replace the entire substrate every three to four months. Proper housing accessories include rocks, slate, Mopani wood, logs and hide boxes or other shelters. Provide many crevices and hiding places so your steppe runner lizards will feel secure.

Steppe runners are insectivores and can be fed crickets and mealworms. Occasionally, waxworms can be offered, though go easy on those as they are fatty. Worms should be offered in a dish to avoid substrate ingestion. Steppe runners can be fed daily or every other day. Do not leave numerous live insects in the cage, as they may bite or stress the lizards. A quality vitamin/calcium supplement with vitamin D3 is important. Dust feeder insects with supplement every other feeding for adults and every meal for baby and juvenile steppe runners.

Clean water should always be accessible in a small water dish. Be sure the water bowl cannot be tipped over. Steppe runners are from the sandy, arid regions of Romania, Ukraine, and the greater southwestern Russia region. They require very low humidity with adequate ventilation. Use a hygrometer to monitor humidity levels. They do enjoy a light misting with warm water every other day.

Any new reptile should be allowed to acclimate for a few days. Once settled, a steppe runner lizard can be handled or hand fed. They do not enjoy being grabbed or wrapped by fingers, but they are often content to rest on your palm. Initial handling should be limited to 10 minutes or less per session, once or twice each day. Be sure to hold your steppe runner close to the ground in case you accidentally drop the lizard. Also, be sure to fully support its entire body, which helps the lizard to feel secure.

The steppe runner lizard is an exciting new addition to the reptile industry. Its diurnal activities provide amusement, and its calm demeanor allows interaction between the steppe runner and its keeper. These small lizards are poised to hit the hobby big time, so don’t be surprised if you begin seeing them riding on people’s shoulders soon!