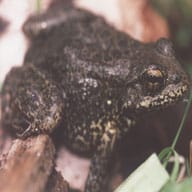 J.liv bacteria may help to protect amphibians from chytrid.

Hundreds of tadpoles in California's High Sierras are being treated with a bacterium by Dr. Vance Vredenburg from San Francisco State University and colleagues from UC Santa Barbara, and the Sierra Nevada Aquatic Research Laboratory in an effort to inoculate them from the chytrid fungal infection that has wiped out amphibian populations around the world. Last week, the San Francisco Chronicle reported that the scientists backpacked into Dusy Basin in Kings Canyon National Part with the bacterium that they are hoping will make the tadpoles that are exposed to it immune to Batrachochytrium dendrobatidis fungal disease. According to the report, the bacteria have a chemical compound called violacein that penetrates the tadpole's skin and creates immunity against chytrid which causes an amphibians skin to thicken.

The bacteria, called Janthinobacterium lividum, or J.liv, was first tested three years ago. It was found to protect salamanders against the chytrid fungus. It was also successfully tested by Vredenburg on the Sierra Nevada yellow-legged frog (Rana sierrae) in the same area in 2010. If the tests are encouraging in Dusy Basin, it may result in more efforts throughout the world to "immunize" frog species that have not yet been exposed to chytrid.