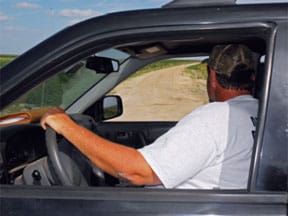 One of the biggest advantages of “road cruising” for herps is exactly what you surmised.

A Brief Look At Reptile Taxonomy
Help For A Budding Herpetologist
Herp Queries: Don’t Jump To Judge The Reptile Shopkeeper

Q. Is driving on roads to find snakes so popular because it lets you cover a lot more ground, and more quickly than you could on foot? Is that mainly why it works?
Jeff Lumberton
Moorhead, Minn. 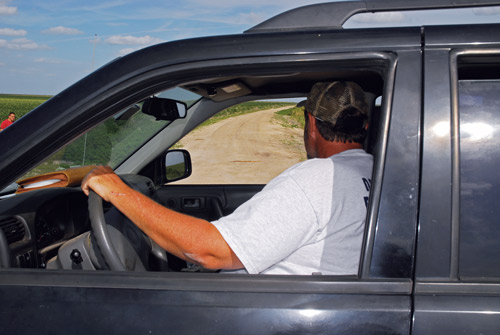 Increase your odds while road cruising by peering down all the side roads you pass. Do you see the wavy orange sliver — an Everglades rat snake (Elaphe obsoleta rossalleni) — crossing this side farm road through the sugar cane fields of Southern Florida?

A. One of the biggest advantages of “road cruising” is exactly what you surmised. This herping technique allows you to “hunt” far more square footage than would be possible by walking, and it allows you to do so much faster during the prime time when herps are most active. On a typical outing, this is probably true by a magnitude of hundreds to one compared to searching on foot. Make that thousands to one at night due to the broader area illuminated by a vehicle’s high-beam headlights.

It’s easier, too. What better way to “get out in nature” than to slowly drive along backcountry roads in the comfort of your vehicle with the prospect of finding a herp looming ahead every second?

It’s reminiscent of fishing in that you put yourself in the right place at the right time (which can be a science in itself) while hoping you connect with your quarry. The illuminated road is roughly equivalent to the extent of your vision from the boat or dock to the point where your fishing line disappears under the water. The first tug on the line is like the first glimmer of scales flashing at the extent of your headlights’ reach. That sight sets sirens off in your brain — you may have a catch! Road cruising keeps your adrenaline pleasantly flowing in anticipation — similar to the way hunting and fishing do. Is there any wonder that it’s a popular pursuit?

Road cruising (or “road running”) is a logical method with which to bring oneself within proximity of wandering herps with great efficiency. It’s not feasible for all species and can run up a sizeable fuel bill, but for overall efficiency, it can’t be beat in sheer number of encounters.