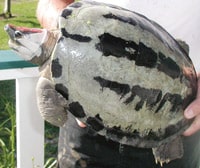 REPTILES magazine’s focus is reptile pets, but sometimes there are caveats.

REPTILES magazine was created to cater to a segment of the petkeeping audience that, until the first issue’s publication in 1993, was being somewhat neglected in the mainstream magazine publishing industry. There were other reptile magazines available in the U.S. before REPTILES, most notably The Vivarium and Reptile & Amphibian Magazine. While both magazines certainly had their fans – The Vivarium, especially, will always hold a special place in many herpers’ hearts – their newsstand distribution could be a bit spotty. What REPTILES magazine was able to do, thanks to the distribution capabilities of its publisher, BowTie Inc., was get into more hobbyists’ hands than any other reptile magazine, before or since. Eventually, Philippe de Vosjoli, the owner of The Vivarium, sold that magazine to BowTie. Reptile & Amphibian eventually ceased publication. Other herp magazines have come and gone, but REPTILES remains – now in its 17th year of publication, it’s the only monthly reptile magazine being published in the U.S.

Being the world’s most widely read reptile magazine comes with certain responsibilities, and REPTILES has to keep a number of different reptile-interested parties in mind when determining the information we want to present. High on the list, of course, are the reptile hobbyists. The magazine’s main focus has always been to provide information that will help hobbyists make educated decisions about the herps they want to keep, and how to keep them alive and healthy once they get them. Hobbyists encompass a large number of people, from the 7-year-old who has just acquired his first pet lizard to the seasoned reptile breeder with racks upon racks of snakes. (Even though breeders have made a profession from their reptile interests, I think most remain hobbyists at heart.)

I also have to keep our advertisers in mind, too. Advertisers, naturally, want readers to see their advertisements and patronize their businesses, and the more the better. We serve our advertisers through the distribution the magazine enjoys, but editorially, we try to offer a good mix of articles to appeal to as broad a readership as possible. The more readers, the more eyeballs will see the advertisements. In regard to the advertising in REPTILES, I’m happy to report that most readers enjoy the ads in the magazine. We’ve conducted more than one survey that reveals this. Every once in a while we’ll get a complaint that the magazine contains too many ads. To anyone who feels that way, I can only state that without those ads, the magazine probably would not have been around for as long as it has. I, for one, want as many ads in each issue as possible. More ads also equates to more pages for articles and photos. It’s all relative.

There is another group of people I try to keep in mind, and it is this group that is the primary reason for me writing this particular blog. Here, I’m referring to conservation-minded people who are concerned about the state of wild reptile populations. Naturally, one would assume that anybody who likes reptiles would be worried about wild reptile populations. But the world of pet reptiles and the world of healthy wild reptile populations can sometimes be at odds. The pet industry has been blamed for contributing toward the depletion of wild reptiles. It is hard to argue with the fact that it must have at least contributed to the lessening of some numbers of wild specimens, although deforestation and human encroachment, disease and, especially in the case of turtles, collection for the Asian food industry, all contribute to the problem. But in recent decades, the captive breeding of reptiles has grown by leaps and bounds, and this has helped lessen the desire to capture wild animals in order to sell them. Once breeders realized they could make a living doing what they love – breeding reptiles – a whole new crop of breeders popped up. This has done wonders for animals such as bearded dragons and leopard geckos. The thought of buying wild-caught specimens of these lizards just isn’t really there. The same goes for ball pythons, corn snakes, sulcata tortoises, red-eared sliders and other commonly available reptiles. Increasing availability of captive-bred species, along with the fact that captive-bred animals are usually healthier and much less stressed than wild herps, makes captive bred the way to go in many instances.

Not all reptile species are being mass produced the way bearded dragons and leopard geckos are, and what I want you to remember is that just because I may publish an article about a specific reptile does not mean I am advising everyone who reads it to run out and acquire a specimen, no questions asked. The October 2010 REPTILES recently came out, and it contains an article about how to keep and breed the amazing painted terrapin. However, though it is being bred and sold legally in the U.S., this turtle is listed on the IUCN (International Union for the Conservation of Nature) Red List as Critically Endangered. For this reason, due diligence is required by people who want to buy one. First and foremost, potential customers should make every effort to determine whether or not the painted terrapin they may be thinking about buying is a captive-bred or wild-caught specimen. I personally would not advocate the purchase of wild-caught painted terrapins, because of their Critically Endangered status. Admittedly, it can be tricky trying to determine whether an animal is captive bred or wild caught. Some helpful tips for doing so, at least in regard to turtles and tortoises, can be found in the article, “Chelonians: Wild Caught or Captive Bred?”

The main message I want to convey is this: Even if you read an article about it in REPTILES, overcome the urge to get an animal at all costs, especially if it is a species that requires special consideration, whether because wild populations are suffering or because you may be ill-equipped to provide the proper care. Do your research, and whenever possible purchase captive-bred specimens.